Net neutrality wins over free but limited internet in India. 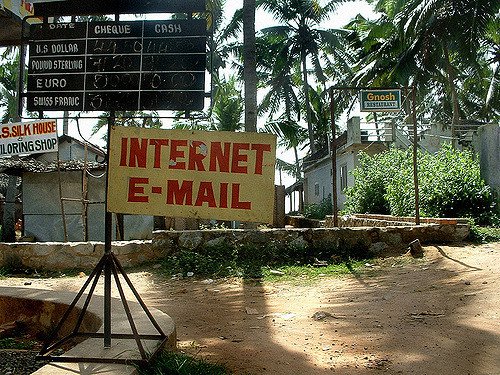 Through the project Internet.org by Facebook, also known as Free Basics, over 19 million people gained access to internet since 2013. And a billion people can access the internet service.

Free Basics provides internet to people in over 38 countries--primarily bringing Internet to people previously without access, in poor and vulnerable communities. The service connects these people to the rest of the world, giving them access to selected “news, maternal health, travel, sports, local jobs, communication, and government information.”

While Free Basics is well received for many across the global, there is one country pushing back.

The limited access of the content provided by Free Basics, along with the control over content from data collectors, received backlash and is now banned in a country with over a billion people.

The telecom regulatory authority of India (TRAI) banned the project after protests from boths sides and many arguments that Free Basics violated net neutrality.

TRAI issued a press release stating that “no service provider shall offer or charge discriminatory tariffs for data services on the basis of content.” TRAI will fine any violators of the Prohibition of Discriminatory Tariffs for Data Services Regulations, 2016.

TRAI and many citizens in India consider data providers such as Free Basics and Airtel Zero, which provide limited access to content but are free, as discriminatory services.

Congratulations to all those who campaigned tirelessly &fought hard to ensure that our internet remains free &equal for all!(2/2)

Part of the the concern is that differential pricing is discriminatory because data services get to choose which content first time internet users have access to.

The overall message India sends is that internet should not be limited for anyone and data providers cannot curate what content is available for those who cannot afford access to other services.

Facebook will continue to expand the Internet.org project and Free Basics, but this is a setback for them, as the ban will not be reviewed for two years. Before the ban about 1 million people in India were using the app for Free Basics, which was provided by Reliance Communications.

Free data services provide access to weather for farmers, access to jobs for those unemployed seeking work, and students who do not have access to Internet, but it does come with drawbacks.

Several questions arise from this ban on differential data pricing in India. For one, how will this impact citizens without access to Internet currently? Also, could unrestricted access to Internet be possible and sustainable for the world?

Share your thoughts on the net neutrality ruling in India in the comments below. Do you think this is a step forward or backward for access to Internet in India?