Up to 5 million law-abiding immigrants at risk for deportation. 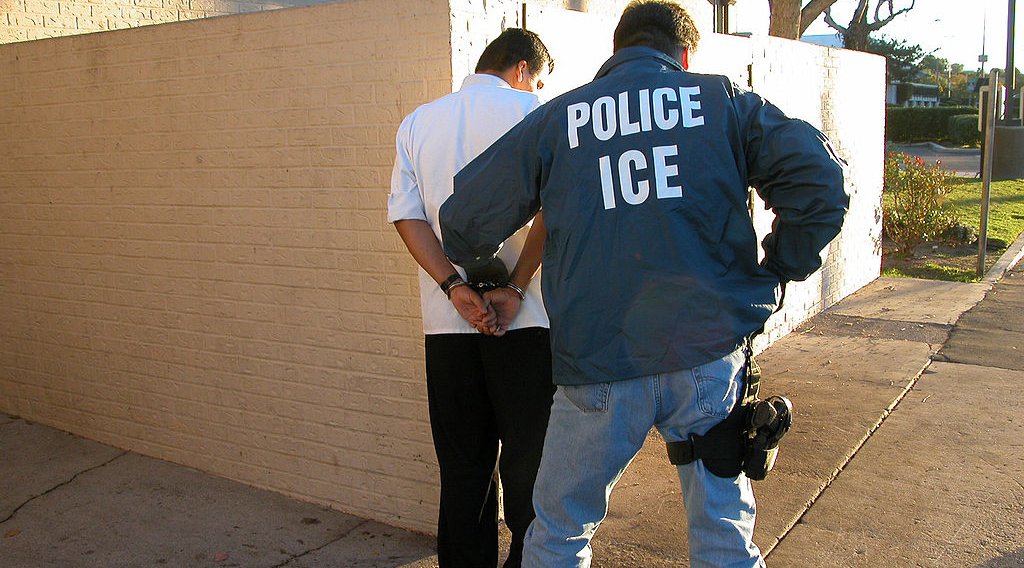 President Obama’s executive action to remove the threat of deportation for up to 5 million immigrants has been definitively blocked.

The Supreme Court delivered a 4-4 split on the case, upholding a lower court’s decision that found the executive action to exceed the president’s authority.

The Obama administration argued that the policy was permissible because a president is given broad discretion to guide how law is enforced.

The 26 states opposing the action acknowledged this lawful discretion, but insisted that the millions of people affected under the new rules would be too much of a burden.

“This is a major setback to President Obama’s attempts to expand executive power, and a victory for those who believe in the separation of powers and the rule of law,” Ken Paxton, the Texas attorney general, which opposed the legislation, said in a statement.

Ultimately, the Supreme Court agreed and the hallmark of Obama’s immigration legacy has been dismantled.

“It is heartbreaking for the millions of immigrants who have made their lives here,” Obama said of the decision, according to the New York Times.

What did the executive action consist of?

For years, Obama has been trying to work with Congress to overhaul the country’s immigration law, which has not been significantly updated in 25 years. Despite his efforts, he couldn’t make any progress.

So in 2015 he put forth an executive action called Deferred Action for Parents of Americans and Lawful Permanent Residents, or DAPA.

Essentially, the program would have shielded up to 5 million immigrants who are the parents of citizens or lawful residents and, instead, focus deportation efforts on criminals.

This is an important distinction to make. In the past, many thousands of law-abiding families have been torn apart because of zealous and indiscriminate deportation efforts. In fact, Obama is widely known as “Deporter-in-Chief” because under his presidency immigration enforcement has turned draconian.

DAPA intended to infuse some reason into this state of affairs.

The protected immigrants would then be allowed to get work permits and begin the path toward lawful residency.  This would reduce the labor exploitation of immigrants, removing market distortions that affect citizens, and allow the government to collect taxes.

DAPA would have built on Obama’s earlier DREAM Act, which gave immigrants who arrived here as children a path to citizenship and the ability to get an education.

What did the challenge consist of?

DAPA was initially suspended by a Texas judge who said the Obama administration violated protocols by not holding a public hearing.

This suspension was then followed by a 26-state lawsuit led by Texas, claiming that the program placed too much a burden on individual states and overstepped executive bounds.

For example, Texas would be required to issue millions of driver’s licenses and this apparently constituted an undue burden.

The 4-4 split by the Supreme Court now officially nullifies DAPA, further diminishing the chance for meaningful action on immigration to emerge during this presidency.

There are 11 million immigrants living in the US illegally, about half of whom are Mexican. The vast majority of these immigrants are valuable to society, yet they live in constant fear of deportation.

Providing a path to citizenship would lift this stress and fix the economic distortions that arise when a large shadow economy exists.

The two leading presidential candidates have very different views on how to approach the issue.

Donald Trump has vowed to deport all 11 million immigrants and then build a wall along the Mexican border. Hillary Clinton wants immigration reform along the lines of what Obama wanted.

Both of these plans hinge on the participation of Congress, which, in its current form of Republican dominance, has refused to consider any plan that involves a path to citizenship and a broadening of immigration quotas. At the same time, it seems unlikely that Trump’s plan would gain much traction because of how devilishly hard and barbaric it would be to implement.

So the near future of immigration reform will probably remain as it is now: stuck.