See what Angelina Jolie Pitt had to say about the conviction of DRCs Bemba. 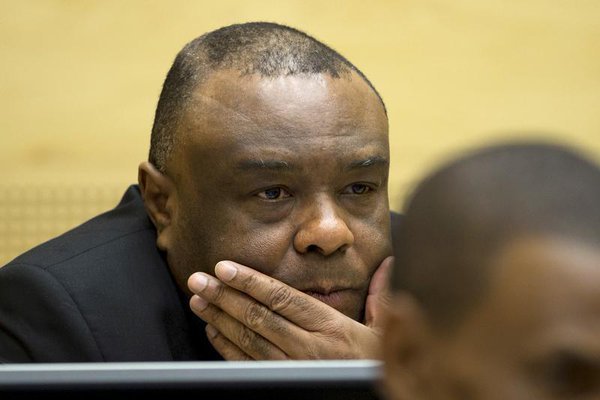 Justice is served. For the first time ever by the International Criminal Court (ICC) convicted someone for using rape as a weapon of war.

The ICC convicted Democratic Republic of Congo’s former Vice-President Jean-Pierre Bemba of using sexual violence as a weapon of war during violence in 2002.

In conflicts around the world girls and women are exploited and abused often with little repercussion from the law. This needs to change. The trial and guilty sentencing from the ICC demonstrates abuse against girls and women during war matters. These crimes cannot be ignored, and must be taken just as seriously any crime against another human.

The former Vice-President, Bemba, was found guilty of mass murder, pillaging, and rape in the Central African Republic. He was convicted on two counts of crimes against humanity, including rape and murder, and three counts of war crimes. 77 witnesses testified in court during the trial that took place over four years after he was arrested in Belgium.

Over 5,000 victims of the warlord’s heinous crimes against humanity participated in the proceedings against Bemba. This is the highest number of victims the ICC has seen in one case ever.

This is truly a landmark trial for the world. The conviction marks a triumphant step forward in the international legal system for prosecuting those who discriminate against, and inflict violence upon, girls and women.

Zeid Ra'ad Al Hussein, the UN human rights commissioner proclaimed the verdict a step forward in eradicating "the horrendous sexual crimes which have blighted the lives of so many women.”

Hussein is not the only one to welcome the decision.

Angelina Jolie Pitt said in a press release, “It is shocking that this conviction is the first of its kind. It is a reminder of how long it has taken us to reach this point, and how many victims have never seen justice. So while it is a monumental step, it is still only a first step.”

Bemba is not the only criminal and warlord to use rape and sexual violence as a weapon of war, however he is the first to be found guilty and sentenced by the ICC.

Conviction of #Bemba by @IntlCrimCourt is historic step toward accountability for sexual violence in conflict. https://t.co/gs46i4XD8z

Currently in Iraq, atrocious acts of sexual violence are repeatedly committed by ISIS against the Yazidi people. “Girls over age 9 are being raped systematically, is the world not doing anything because they are not their girls?” Nadia Murad, a Yazidi victim of sexual violence asked last week at an event held to #LevelTheLaw, and seek legal redress for female victims.

In Iraq, the ICC wants to step in but they need to be able to have jurisdiction over the region where the ISIS attacks took place. This can only happen if the Iraqi government allows the ICC this limited jurisdiction. Something that will only happen with pressure from global citizens telling the government this matters.

So while the world cheers on the ICC for this milestone moment in moving toward fair prosecution in the law, let’s also help the court continue to fight for justice for the crimes that continue in lesser known regions of the world.