Guy Philippe has been on the run for 10 years. 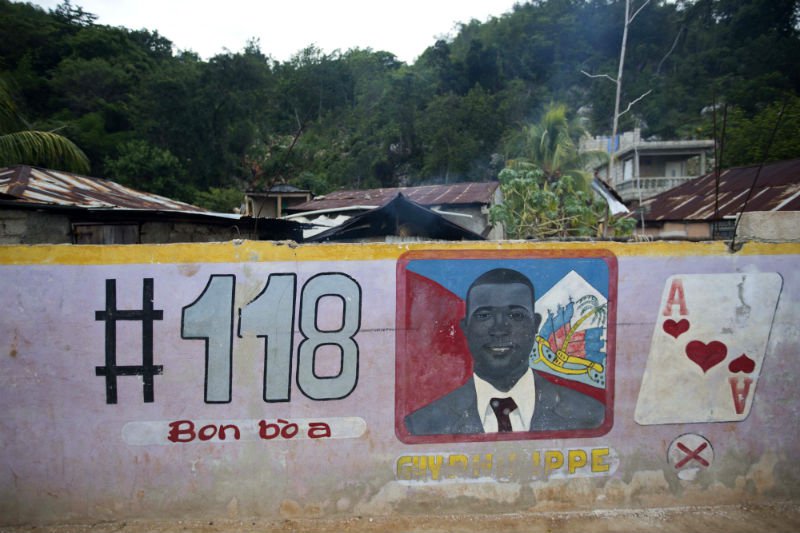 In the southern region of Haiti, initial estimates from the damage of Hurricane Matthew suggest that all crops are gone. Across the country, vast amounts of farmland were destroyed by the catastrophic effects of the hurricane that killed more than 500 people after hitting Haiti on Oct. 4.

3.6 million people were already facing hunger prior to the devastating natural disaster, according to the World Food Programme. That was before the storm caused a new wave of cholera,15,000 buildings to crumble, and wiped out vital food sources.

In a bizarre twist of fate, the damage is so extensive it has brought out Guy Philippe — a man sought by both the United States Drug Enforcement Administration and the Haitian government for a range of violent crimes from cocaine trafficking to killing police officers.

Philippe has been a fugitive for more than 10 years, and neither the US nor Haiti has been able to capture him.

Due to the severity of hunger, Philippe came out with a statement begging and in fear of starvation killing off his hometown.

“I don’t like to beg, but this time I have to. It’s the first time in my life I feel I can do nothing for my people. They are starving,” New York Times quoted Philippe as he toured his hometown of Pestel.

Pestel may be home to one of the most wanted and dangerous warlords, but it’s also home to 80,000 Haitian civilians who need food, clean water, and any semblance of shelter after their homes were torn apart.

Starvation is among the top concerns for Philippe and millions of Haitians right now. In Pestel, nearly 80% of the population is facing serious challenges to find a way to feed themselves.

While Philippe has done a lot of wrong, in this case, he is right. He reminds us that people facing hunger need to come before politics.

He believes the people of Pestel have not received food aid and assistance because of him, and it’s pushing him to leave.

“If it will help, I will go to jail so that people can eat here,” he said. “Or I will leave for however long it takes. Just bring food here.”