Humans Have Created 30 Trillion Tons of Stuff, Creating a New Layer of the Earth 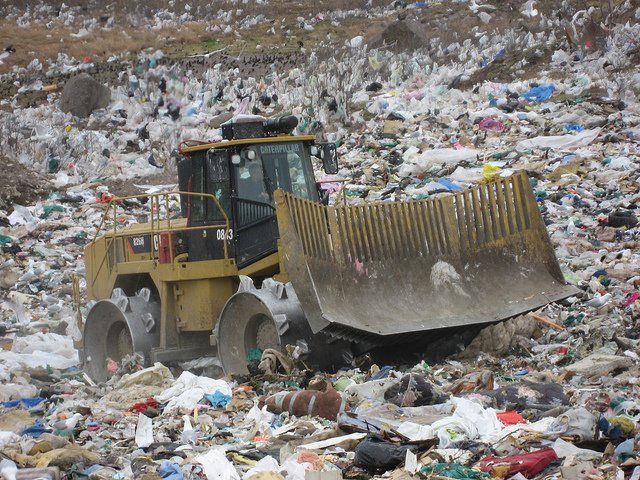 Technology and consumption has advanced so much over the past 100 years that some scientists believe humans have created a whole new geologic layer, a process that normally takes hundreds of thousands or millions of years.

It normally takes so long because events used to unfold slowly and animals and plants don’t use much more than they need, so it took a while for an entirely new layer of sediment to build up.

But human events unfold at a frenetic pace and humans use far more than they need.

The resulting geologic effect of all this is called the “technosphere.” It’s made up of buildings, roads, bridges, plastic packaging, food, clothes, and so much more. It’s a seismic rearrangement of the Earth’s resources as humans build cities and towns and introduce completely new materials that have no way of easily assimilating back into the environment. Historically, anything that was created by inhabitants of Earth would be naturally broken down and recycled. Not so with humans.

The team behind this theory believes that the technosphere is 30 trillion tons, 100,000 times the mass of the entire human population, and it will only keep growing.

“While the long-term development of the technosphere remains uncertain ... its scale and accelerating diversification of form means that it already represents a distinctive new component at a planetary scale,” the team of researchers wrote in their report.

In cities that have been wrecked by warfare, the technosphere is thicker — all the rubble from the blasted buildings — than in other places. In all urban areas, the new geologic layer is thicker than the global average — the more people crammed together, the more artifacts and garbage pile up.

In all environments, however, the trace of human impact is loud, from ocean floors to forests.

If a million years from now, the geologic layers of Earth are studied by a new group of creatures, these past 100 years will look like an explosion of bizarre activity. Whereas earlier strata are consistent and spread across large spans of time, this era will look like a dense blot of random events.

The “technosphere” theory has been met with criticism by other scientists, but the authors of the idea and the evidence backing it up stress that it is, while based in existing knowledge, just a conjecture. Above all, they hope this designation will awaken people to the staggering and destructive impact we are having on the planet.

Each US citizens generates about 4.3 pounds of waste each day, very little of which is recycled. On an individual level, this feels like a manageable amount, neatly disposed of in garbage cans and retrieved by garbage collectors, but when multiplied by hundreds of millions and even billions, the effect is like a daily avalanche of rubbish.

The same dynamic is at play with climate change. Individual impacts seem trivial — driving a car, heating a home, eating a hamburger — but when combined, runaway temperature increases are set in motion, potentially imperilling the entire world.

No single person can reverse the impacts of humanity, but if each person becomes more aware of the interconnected role we all play in protecting the planet, the consequences of all our actions, then the technosphere might not look so disturbing to the researchers of the future.