Global Citizen CEO Hugh Evans took to the TED stage to talk about the true value and power of citizenship. 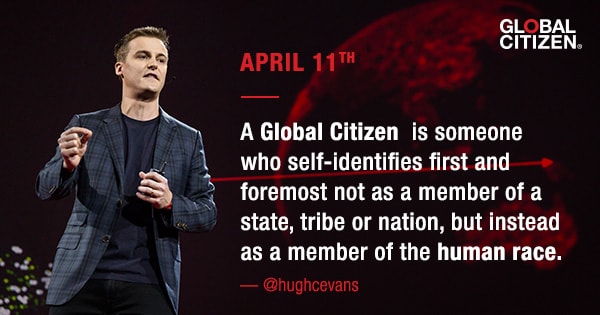 At 14, Australian-born Hugh Evans spent the night in a Manila slum. The harsh realities of his hosts’ lives motivated Evans to challenge the status quo of extreme poverty. Following a trip to South Africa in 2002 as World Vision's inaugural Youth Ambassador, Evans worked on the Make Poverty History campaign and helped stage the Make Poverty History Concert (fronted by Pearl Jam and Bono). 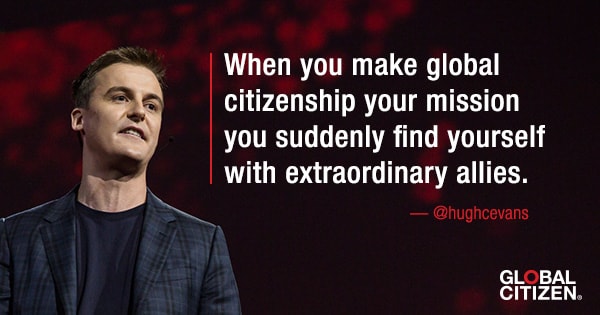 In 2012, under the mantle of the Global Poverty Project (launched 2008), Evans co-founded Global Citizen, and with it, the Global Citizen Festival -- a free, ticketed event requiring fans to perform anti-poverty actions in exchange for entry, recruiting millions into the war against global poverty. In 2015 alone, Global Citizens took 2.3 million actions, helping to secure commitments from governments around the world that are set to affect more than 210 million lives. 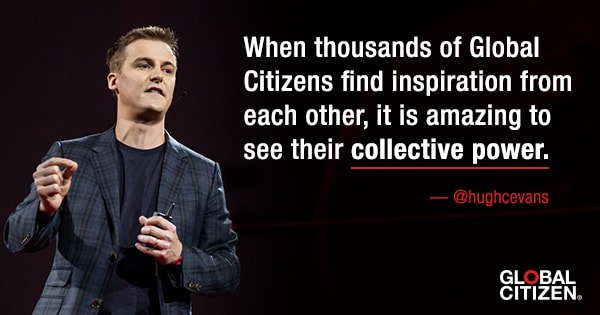 Watch the full talk above, then CLICK HERE to read the behind the scenes story of the impact of global citizens.

Why are our dreams limited by where we’re born? Watch the TED Talk