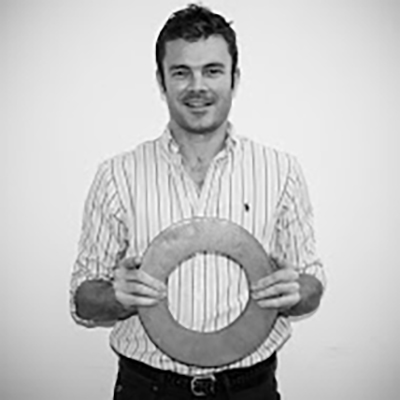 By Michael Sheldrick  and  William Cuming

How your actions led to change at Global Citizen Festival

In some cases, we had huge wins.

By Michael Sheldrick  and  William Cuming

At last weekend’s Global Citizen Festival, leaders from more than a dozen countries, including Sweden, Norway, Turkey, the United States, Malta, Luxembourg, Rwanda, joined Bill and Melinda Gates, the UN Secretary-General, President of the World Bank, Malala, and a host of corporate leaders made bold statements in support of the new Global Goals.

With such a great array of leaders onstage, we sometimes get asked, “do you really hold these world leaders to account and cause them to announce new things, or do you just give the stage to anyone?”

The answer is that we do a lot of work to make sure the stage is reserved for serious world changing commitments that set a strong example for others.

Over the last three months, global citizens took more than 1.5 million campaign actions before the Festival to urge these leaders to attend and make these commitments. Behind the scenes, the staff team at Global Poverty Project and our dozens of partners were backing up these public actions with private conversations.

In some cases, we had huge wins. Sweden announcing a commitment to improve sanitation for 60 million people in the next 15 years. The European Commission announcing that their €500 million commitment to refugees would be in addition to their existing foreign aid for the world’s poorest, not instead of it.

In other cases, we made big strides, but there’s more work to do. G7 leaders came out in support of lifting 500 million people out of hunger, but still need to outline how they’ll pay for it, starting at World Food Day in Milan in October. Malta agreed to put polio on the agenda at the Commonwealth Heads of Government Meeting in November - now we need to get countries to announce new financial support, especially given the causes' budget just increased by 27%. And Norway led a growing movement to make sure that the world’s children get 12 not just 9 years of free, quality and safe education, which now needs to be linked in with countries’ education policies. As global citizens, we’ll keep pushing until we make these things happen.

And, in a final group of areas, we lost.

One country we couldn’t get to commit in a meaningful way was Denmark.

In 2014, Denmark’s Overseas Development Aid was a whopping 0.85%, but this year it was cut to 0.7%. You might remember that as part of one of our Action Journeys, we got global citizens to tweet at the Foreign Minister to see if he will come to the Global Citizen Festival. We were hoping they would use this platform to reverse their cuts to Overseas Development Aid or at least make a specific commitment with funding additional to their aid budget. But Denmark instead came back to us and said they wanted to use the platform to make an announcement about Copenhagen hosting the Women Deliver conference in May next year (which had already been announced). While a noteworthy conference to promote, given Denmark had dramatically cut something as significant as their overseas aid budget it was hard for us to give them a global platform, particularly since Denmark is President of the UN General Assembly. As one partner said to us during the negotiations, "it would send the wrong message completely to feature a government in such a big way at an event celebrating the new Global Goals when just 90 days prior they had slashed their aid program."

Global Poverty Project hopes that Foreign Minister Jensen will still make a commitment to help achieve gender equality and this is definitely a massive opportunity to showcase Denmark’s leadership for female empowerment. But we also look forward to Denmark restoring aid to a leading level again and then we'll happily welcome them to the stage.

The Foreign Minister is obviously a little upset about not being invited to the Global Citizen Festival, with this tweet sent the day before the Festival:

Denmark was ready to make a commitnent to @GlblCtzn tomorrow. Sad that the organizers won't let us 😒 #Denmark#dkaid#GlobalCitizenFestival

That’s why we would like YOU to respond to the above tweet in TAKE ACTION NOW to invite Denmark to next year's festival.