How will you celebrate World Toilet Day?

WaterAid is hosting events all over the world!

Did you know that girls and women living without any toilets spend 97 billion hours each year looking for a place to go to the bathroom?

Or that there’s a WHOLE day dedicated to raising awareness on the fact that more than 2.3 billion people don’t have access to a toilet or proper sanitation?

Well, there is and it’s coming up on November 19th. It’s called World Toilet Day (WTD) and it’s a day to create awareness of the lack of access to sanitation around the world. And now that you know about World Toilet Day (if you didn’t before) you can start planning how you’re going to celebrate WTD.

So, what are your plans for WTD?

Drawing a blank...Fear not, WaterAid is putting on events to celebrate WTD around the WORLD and here’s the breakdown.

First, brush up on some poop knowledge by reading the report on the State of the World’s Toilets from WaterAid, which will be released on November 19th. You can learn all about the longest lines for the bathroom around the world and the most difficult places to poo too!

After reading all about the world’s toilets you’ll be ready for these WTD events.

Poop emojis for a good cause 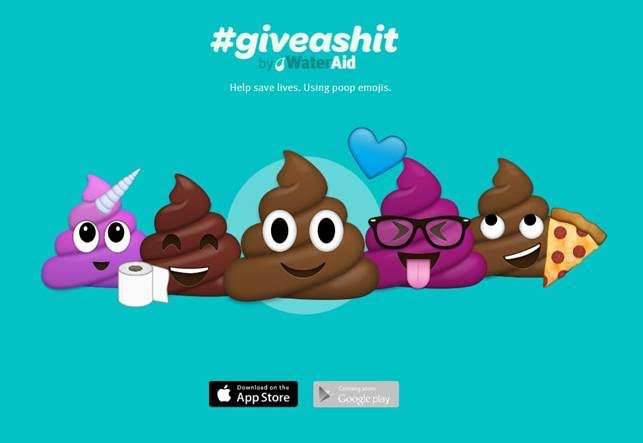 If you’re located in the US or Canada WaterAid will be releasing a new smartphone app called #GiveAShit where you can design a “poop emoji” to share and let the world know you are not only creative and talented but also care about spreading awareness to help end open defecation and provide access to a private toilet for everyone in the world.

App users can create their own customized poop emoji by choosing from dozens of different shapes, colors, eyes, mouths, hairstyles, and accessories. The more you share your poop emojis with your friends and social networks, the more additional features become ‘unlocked’. Beyond sharing over social networks, the emojis can be added to your phone’s keyboard to text to friends.

Users custom poops can also be outfitted with accessories related to global sanitation, such as a shiny new toilet, a roll of toilet paper, a glass of clean drinking water, or an “I donated” pin. The app also allows users to make a $10 donation to the cause simply by sending a text. And host of celebs and comedians will even be creating exclusive personalized poop emojis with the new app so keep an eye out for those on Instagram, Twitter and Facebook. 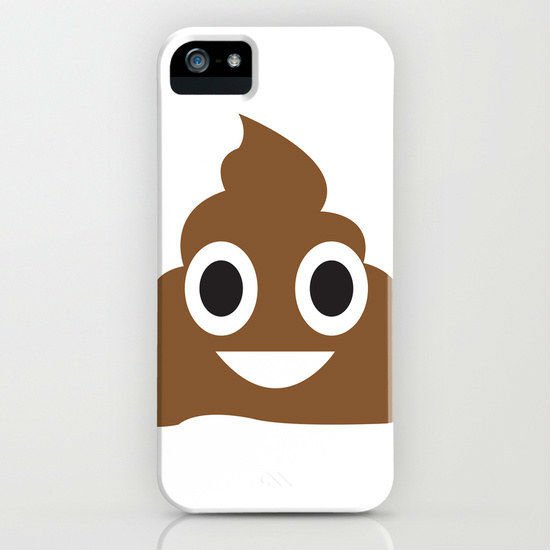 Across the seas from the US and Canada, in London, WaterAid will be hosting a potty-mouthed comedy night on November 18, and staging an attempt at the world’s smallest comedy gig, Live at the A-poo-loo, for commuters at the appropriately-named Waterloo Station on November 19.

In India, WaterAid is inviting people to share their favorite toilet joke on Facebook for the chance to win a moment on stage to perform their joke at the Indian Ocean Concert on 19 November.

And In Melbourne, WaterAid is bringing some of Australia’s best loved comedians together for a potty-mouthed comedy night on the eve of World Toilet Day. WaterAid is also asking Australians to share a joke on social media using #itsnojoke, and suggesting people Pay to Pee by donating a gold coin every time they visit the loo.

There will also be an interactive poop-art gallery event known as the Shit Show in New York City with artwork from over 30 artists from across the world. But New Yorkers hold tight because there's a lot more information on that event to come! For now, know it’s going to a fantastic and FREE event for those in New York to celebrate World Toilet Day.

Hopefully this gives you some ideas for how to have an informative and pooptastic World Toilet Day this year. And stay tuned for more updates on exactly what to do, where to be, and how to #GiveAShit coming soon. The countdown to WTD events and more action taken to build proper poo palaces for people around the world is on!