Education and celebrity celebrations; what have they got in common?

Guess who celebrated their birthday earlier this year? Kylie Jenner. You know what happened?

SO THIS Is What Kylie Jenner Got From Tyga On Her 18th Birthday... Ridiculous. http://t.co/uw84hWPYx9pic.twitter.com/erW4QrnaG3

She bought a Birkin bag, took a bunch of selfies and changed outfits at least once. Oh and the kicker, she got a $320, 000 white Ferrari given to her by her boyfriend Tyga, but I guess she wasn’t feeling the white so she got it painted grey. Hollywood life I guess.

In a parallel world do you know how Nobel Peace Prize winning education activist Malala Yousafzai celebrated her 18th birthday?

She opened a school for Syrian refugees in Lebanon’s Bekaa Valley. This school will help 200 Syrian girls earn degrees and gain skills designed to help them find work to generate their own incomes.

Why Lebanon? It is home to ¼ (1.2 million) of the 4 million refugees that fled Syrias war..the actual number is probably higher. 1 in 4 people living in Lebanon is a refugee and there are half a million school-aged children.

These children along with many more are not going to school and receiving the basic education that will ultimately improve their future.

The world has made tremendous progress so far in getting children to school, with the enrollment rate in primary education in developing regions increasing from 83% to 90% between 2000 and 2012. However, it is estimated that $39 billion per year is needed from funding sources to ensure that every child gets a quality pre-primary, primary and lower-secondary education by 2030. That is the equivalent of 8 days of global military spending.

The Global Partnership for Education is currently the world’s only international partnership dedicated to achieving education for all children and is in desperate need for increased funding. Achieving the goal of universal learning will require a scaling up of financial resources.

World leaders have the money to fully fund primary and secondary education around the world but government spending on education is not a priority in national budgets and has remained short (13.7%) of the 20% target in 2012. The world needs more donor countries to step up and contribute to closing the $39 billion education gap.

Education and literacy skills are a prerequisite for broadening knowledge, building skills, attitudes and values that will create sustainable societies.

Being literate is essential to daily life. Therefore, nobody should be denied an opportunity to get an education. 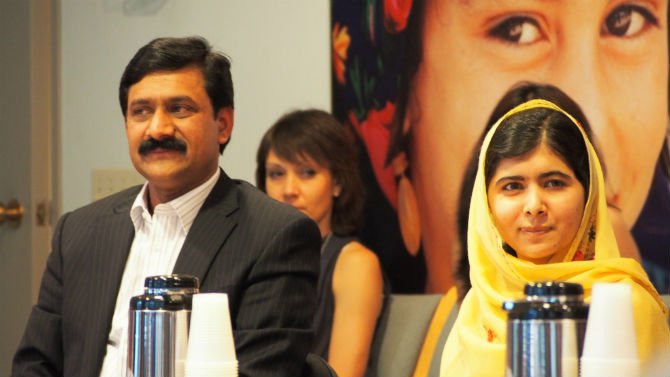 Each of us has the power to spread our wings and take action.

Global citizens can change the world, and together humanity will.

If you believe education is a fundamental right, TAKE ACTION NOW and email Prime Minister Michel of Belgium now and encourage him to make a commitment to the Global Partnership of Education.