By Alison Shea  and  Lewit Gemeda

How Turkey could change the lives of 100 million women

This year's G20 summit has the potential to change lives. 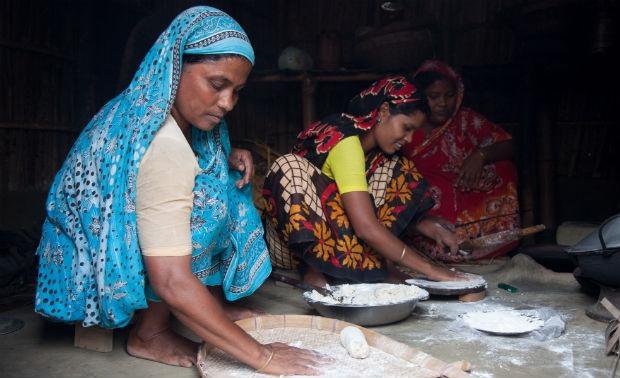 By Alison Shea  and  Lewit Gemeda

The G20 summit...I’m not gonna lie, the first time I heard these words, I thought, please don’t bother finishing that sentence, I’m already thinking about what I want to eat for lunch. But now that I actually know what the summit is—an assembly of finance ministers and central bankers from 20 of the largest economies—and what it’s capable of accomplishing, I’m ready to give it my full attention.

This year’s G20 summit is going to take place in Turkey, and it's historic for two reasons: 1. this is the first summit chaired by a predominantly Muslim country, 2. It has the potential to deliver, and expand on, historic commitments made to girls and women.

Last year, G20 leaders committed to increasing female labor force participation by 25% by 2025. That is equivalent to bringing an additional 100 million women into the workforce! This is obviously easier said than done, and so far there has been a lot of talk but minimal action coming from G20 leaders. Especially Turkey, who is the leader of this year’s summit.

According to the World Bank, only 29% of Turkish women are formally employed. 29% is a surprising figure, considering Turkey’s large and growing GDP, and the fact that Turkish women have had the same rights as men since 1930, even electing a female Prime Minister in 1995. Despite these early gains for women, there are deeply ingrained views about women's roles in society that limit their economic independence and other human rights.

What is interesting to consider is that a majority of unmarried women do work, but stop once they get married and have children. This is partly due to Turkey’s inadequate child care services system, and partly because of societal pressure. Turkey barley provides any subsidized child care facilities, or primary schools, therefore new mothers rarely have the option to return to work. In addition, the traditionalist view that it is not the woman's place to work outside the home further limits women’s employment prospects.

Recently, Turkish politicians have recognized the untapped potential of female workers. Last year, while speaking at the Forum Istanbul conference, Deputy Prime Minister Ali Babacan stressed that while female labor force participation is rising, it is still drastically lower than where it should be. This year, ahead of Turkey’s leadership of the G20 summit, Babacan supported the creation of the Womens20, which will offer recommendations on how to promote women in the business world, and increase female labor force participation.

While it is important that Turkey has recognized the need to mobilize women in the economy, concrete policy commitments need to be made to ensure that more women have the opportunity to work.

This is why Global Citizen is calling on Deputy PM Babacan to attend the Global Citizen and make a commitment toward empowering girls and women. You can support in TAKE ACTION NOW.