How 1 Bolivian restaurant is becoming an epicenter of social change

Avant-garde food and a new generation of chefs 12,000 feet above sea level.

High above the sea level in La Paz, Bolivia, a restaurant called Gustu is sparking a culinary renaissance by combining avant-garde food, local sourcing networks and training for a new generation of chefs.

The three components sound straightforward side by side, but it was all pioneered by people with little knowledge of Bolivia. Aside from the obvious difficulty of learning what the country had to offer, the founders had to contend with the inevitable cultural resistance that faces outsiders acting like saviors.

Gustu was founded by Claus Meyer, the man behind one of the world’s highest ranked restaurants, Noma. The new restaurant is  part of his broader effort to bring about social change through food as well as combat the trend of “McDonaldization” of diets. Ultimately, the program aims to “to strengthen, through training and empowerment, a gastronomic movement in Bolivia, generating a socio-economic, sustainable impact.”

He chose La Paz for Gustu because of Bolivia’s unique environmental and cultural background. It’s a relatively poor country that has vast biodiversity and a culinary tradition not yet fully explored by the modern foodie movement. In other words, it’s a country with a lot of potential for both food and social change.

La Paz in particular is a difficult place for a restaurant because it’s nearly 12,000 feet above sea level, which limits what can be grown in the area. Plus, Meyer wasn’t sure if there would be enough clientele for high-end cuisine in a city that has a high rate of poverty--the average income in La Paz is less than $200 USD per month.

But Meyer was undeterred. He recruited the Michelin-trained chef Kamilla Seidler to spearhead the initiative. She spent several months developing an understanding of Bolivia’s culinary history that initially seemed totally foreign to her. 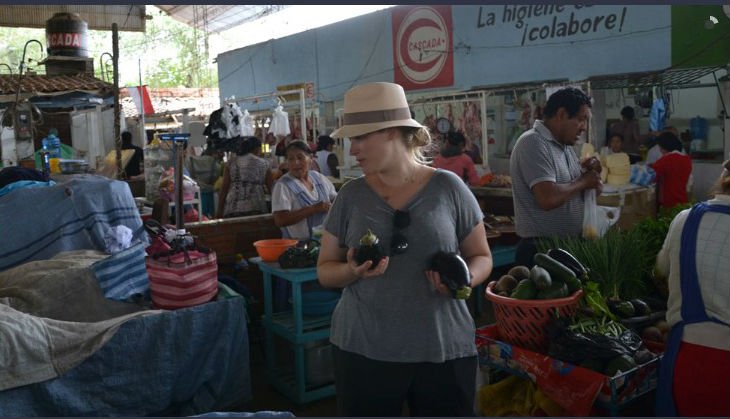 Eventually she fell in love with the country’s ingredients, fashioned a menu based on local sourcing and prepared to open the restaurant.

Then came the social uplift part, which revolved around education.

Seidler and her team began opening schools that targeted students 18 to 28 from low-income backgrounds who received full funding and a stipend.

The schools have a two-tiered system. In the first tier, students learn the rudiments of working in a restaurant: cooking, baking, bartending, brewing coffee, cleaning up and waiting. Each day students work together to create a lunchtime meal for locals consisting of a soup, entree and dessert that only costs $2 USD.

The next tier involves real world practice. Once students graduate from this program, they are eligible to apprentice at top restaurants in the region, primarily Gustu.

Initially, the school started with 21 students, all of whom were inexperienced.

At the end of 2015, Manq’a, the school, had nearly 600 students enrolled across 8 locations. Graduates receive a degree in business management with a specialization in gastronomy from the Catholic University of Bolivia San Pablo.

So far, Manq’a alum have opened 3 eateries in the area.

A recent profile in the New Yorker described, “[Gustu’s] expanding web of socially minded offshoots includes a refrigerated truck that ferries produce from isolated farms to the restaurant, a street-food tour of vendors whom Ayoroa has mentored, and an initiative to provide healthful school lunches to kids on the antiplano.”

Gustu is also elevating La Paz’s status as a tourist destination. Around 60% of the restaurant’s clientele are tourists. Many people visit solely to eat at the restaurant.

La Paz is not suddenly going to become another New York or Paris or Hong Kong, but the Gustu and Manq’a model offers a promising model for cities around the world.

The benefits are numerous: young people are becoming empowered with an education; entrepreneurs are emerging; more tourists are arriving; local farmers and producers are gaining steady customers; and the culture and cuisine of Bolivia is being elevated and infused with a new degree of respect. 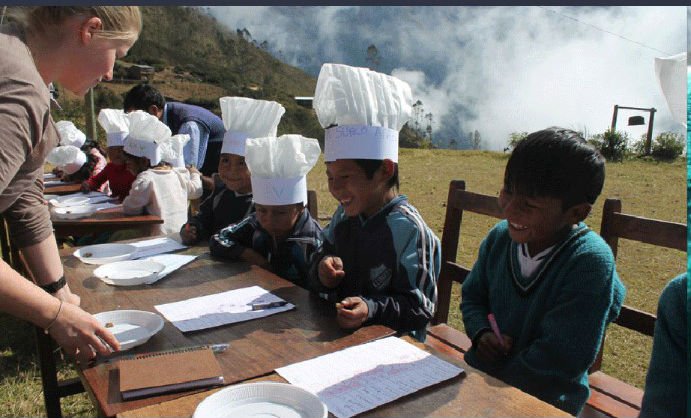 Food is central to our lives. It nourishes us, provides us with joy and acts as social cohesion.

The foodie movement is often ridiculed for its air of self-importance and seeming exclusivity. But in a world where the consequences of fast food are creeping across the globe, the dignity that this movement tries to restores to each ingredient--no matter how humble--is a powerful counterforce.

The foodie movement is all about appreciating the beauty, complexity and dignity of food. Gustu and Manq’a show that when this model of respecting food tries to include everyone, it has the power to transform a community.