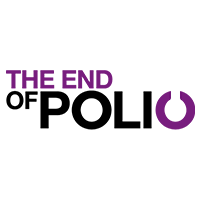 How the United States came together to fight polio

At the start of the twentieth century, a polio epidemic began to spread across the United States of America.

Although multiple polio outbreaks had been recorded in the US in the 1800s, by 1916 the situation had become more precarious. That year, approximately 27,000 cases were recorded, resulting in over 6,000 fatalities – 2,000 of which were recorded in New York City. Each following summer, there were localized outbreaks in at least one part of the country and, given the highly contagious nature of the disease, this caused widespread panic and concern amongst the American public.

It was amidst this panic that US President Franklin D Roosevelt set up the National Foundation for Infantile Paralysis (polio) in 1938, declaring the Foundation’s goal to be to "lead, direct and unify the fight on every phase of this sickness”. Roosevelt himself had contracted polio in 1921, and had been paralysed from the waist down. Beginning in 1934, annual Birthday Balls had been held throughout the US in honour of Roosevelt’s birthday (January 30), and these became vital fundraisers for the Foundation’s work, providing care for children with polio and funding efforts to find a vaccine.

However, it was not until popular performer Eddie Cantor became involved that fundraising activities really took off. It was Cantor who first called the campaign the ‘March of Dimes’, the term being a play on the name of the popular March of Time newsreels during that era.

The result of the campaign was staggering. Within the first week after the radio appeal, ordinary Americans had mailed 268,000 dimes to the White House. By the end of the first campaign, the March of Dimes had successfully raised US$1.8 million.

The proceeds fuelled intense competition among medical scientists. Jonas Salk got there first, developing the inactivated polio vaccine in 1955. When asked who owned the patent for the vaccine, Salk famously replied “the people I would say, there is no patent, could you patent the sun?”

Salk’s discovery was followed by the development of the oral polio vaccine by Albert Sabin in 1962. The introduction of these vaccines halted the epidemic of polio in the United States, and they are still used today, in improved form, to protect children all over the world from this debilitating disease.

The March of Dimes campaign proved what was possible when ordinary citizens get behind a cause. By coming together to fight polio in their own country, Americans created the vaccines that could wipe out polio from the entire globe.

We won’t ask you to send a dime to the White House, but we want to make sure that your voice is heard. Call on world leaders to do all they can to end polio by signing this petition.