A journey from visitor to advocate for the girls of Cambodia.

A trip to Cambodia in 2010 changed my life. While in Cambodia, I spent several hours with children at a school run by an NGO, Caring for Cambodia (CFC). The children in the school were mostly the most vulnerable in the country, which is saying something in a nation still struggling with the impact and legacy of genocide. This visit set me on a path working with CFC and eventually serving as their youth representative at the United Nations. My journey in Cambodia and with CFC shows the power committed individuals and NGOs can have in changing lives and communities.

Between 1975 and 1979, around 1.7 million Cambodians died at the hands of their own government. Believing educated and non-communist Cambodians to be a threat to their power, Pol Pot and his Khmer Rouge compatriots orchestrated a genocide that led to the elimination of nearly 21 percent of the population. By targeting education, the Khmer Rouge regime saw the starvation, forced employment, and murder of millions of Cambodians, eliminating a generation of intellectuals, doctors, lawyers, and teachers.

Only in 1991 did Cambodia truly began to recuperate from the legacy of the genocide with the ratification of the Paris Peace Accords. Since then, Cambodia has seen the entry of numerous international development agencies and NGOs who seek to repair the damage inflicted on the country’s social and political infrastructure during the conflict.

Today, Cambodia boasts the second highest number of NGOs per capita in the world. The civil society sector in Cambodia, which includes organizations such as the International Red Cross, casts a wide net, focusing on a range of development-related issues ranging from sanitation and humanitarian issues to education.

One particular NGO, Caring for Cambodia, caught my attention after a trip I took to Cambodia in 2010. I was already familiar with CFC’s work as the organization had an intimate and long-standing relationship with my high school, Singapore American School (SAS). At SAS’ various divisions from elementary to high school, CFC had social clubs dedicated to the organization’s work; this involvement helped it gain a prominent reputation in the expat community in Singapore.

Upon my return to Singapore, catalyzed by what I had witnessed in Cambodia, I joined my high school’s chapter of CFC. 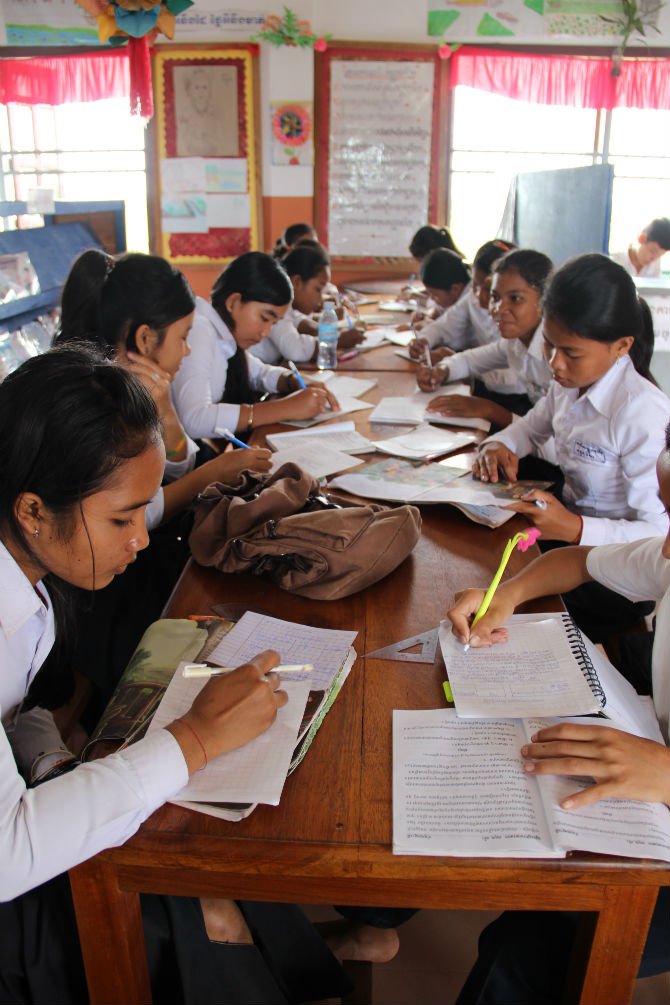 Caring for Cambodia was initially established as a grassroots effort by American Jamie Amelio after a trip to Cambodia where she witnessed a young girl begging for a dollar in order to pay her teacher to show up to school. It has since evolved from a pilot program into an operation that is effort and is now responsible for over 21 schools in the Siem Reap area. Specifically, the organization has worked to transformed the nature of education in Cambodia through committed leadership that has empowered local communities and inspired a generation of students and families to pursue their educational goals.

CFC’s integral contributions to the state of Cambodia’s education system is exemplified by the story of a girl named Lan. At the age of 12, Lan was prepared to be sold to a brothel so that her mother, poor and unable to support her household, could make ends meet.

Several individuals came to scope out Lan while her mother negotiated the ‘best price’ for her daughter. Before Lan could be sold however, her uncle intervened and, with the help of Ung Savy (presently the Superintendent and Country Director of CFC), arranged for Lan to attend a CFC school in Siem Reap free of cost.  With CFC’s aid, Lan received an education under the Cambodian government’s curriculum and was provided with food, clothing, health screenings, and language and career services. 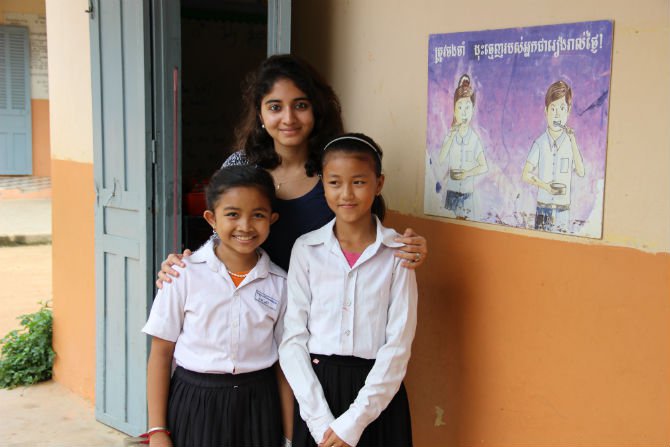 For the last six years of my engagement with CFC has included a two-year tenure as treasurer for the high school chapter and my last year as the organization’s youth representative to the United Nations.

My engagement with CFC has seen me work with various projects from creating and managing an inventory of used school uniforms and supplies for the schools in Cambodia, to organizing an annual mile run for charity, to attending the 70th Session of the UN General Assembly, speaking at the UN during its 70th anniversary in October on the role of youth and civil society, and meeting with several UN officials about CFC’s work on the ground.

Being the youth representative for CFC at the UN has allowed me precious access, providing me with a platform for combining my passion for intergovernmental organizations while showcasing the work of established civil society organizations like Caring for Cambodia. Finally, my role as a UN Youth Representative inspired me to set up a conversation with the UN Secretary General’s Envoy on Youth, Ahmad Alhendawi, in November 2015.. (I also started interning in his and have been since mid-January)

The importance of education in societies with both ongoing and post-conflict environments cannot be emphasized enough. For children of conflict, education exists as the surest link for a better future, one where conflict will not determine daily decisions and actions. Moreover, education in countries in conflict is the sole guarantee that future generations can rise from the devastation experienced by their predecessors. By using education to rebuild the damage caused by conflicts such as the Cambodian genocide, the youth of a country can be empowered to contribute to the improvement and development of their communities and their countries.