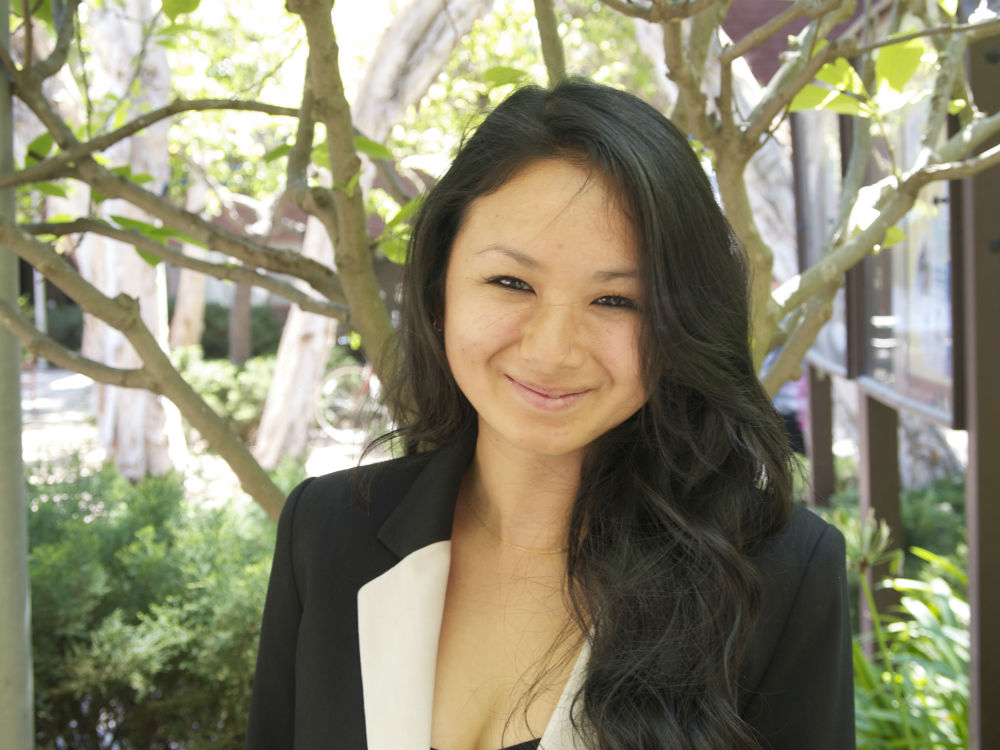 How one man is transforming education in the Ecuadorian Amazon

In Ecuador, indigenous people are often looked down upon as poor, uneducated simpletons.

As Edmundo walked through the small campus, the young students shyly looked in his direction. “Good morning, professor,” the bold ones called out. With an easy smile and a friendly wave, Edmundo returned the greeting and gently urged them to turn their attention back to their classes.

He led me to the newly christened computer lab, a hush falling over the room as we entered. As he opened the session on project demonstrations, students nervously shuffled papers in anticipation for their turn to lead the class. In the past two years, Edmundo has opened up classes in entrepreneurship and digital literacy for his school, the first programs of this nature in the Ecuadorian Amazon. 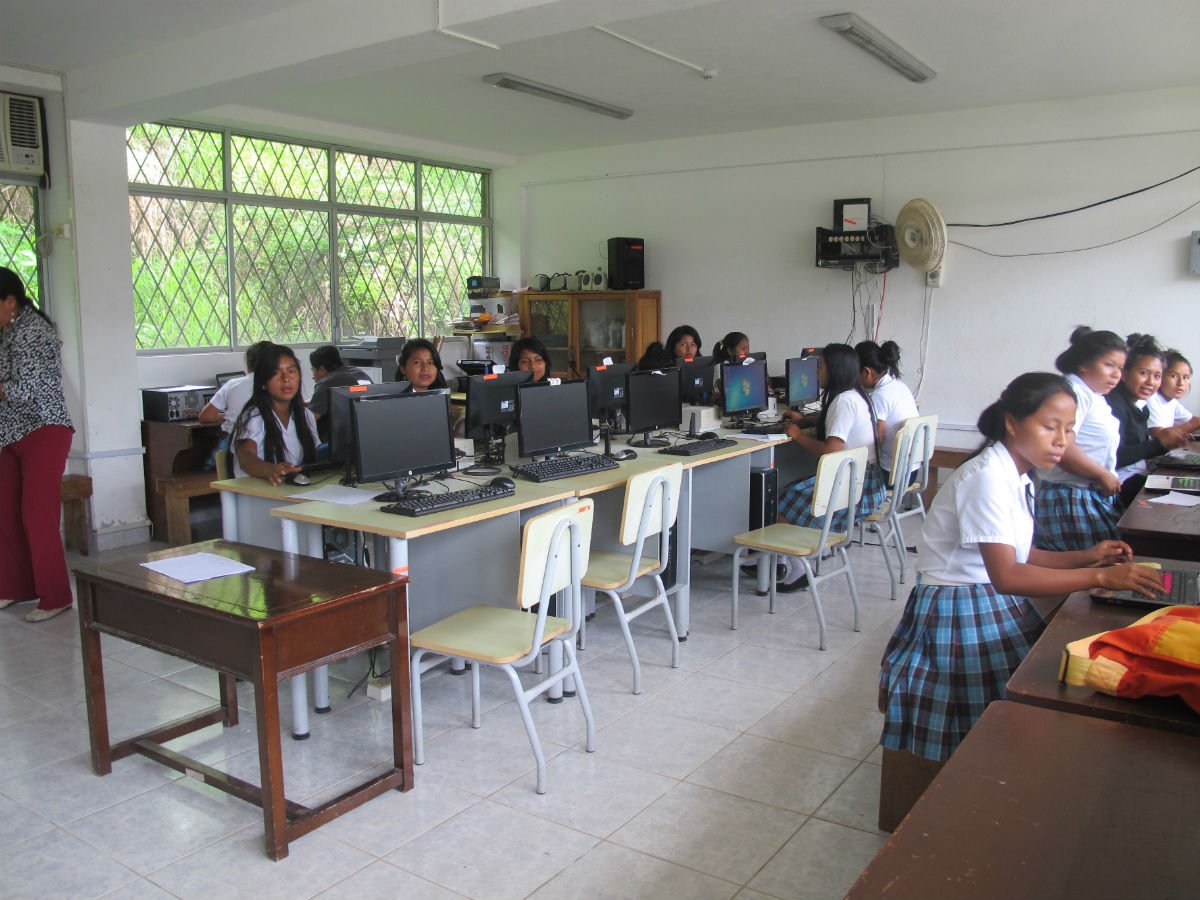 With Edmundo, students are not allowed to passively regurgitate memorized information. Instead, they are expected to create their own ideas and interpretations of class material. The students describe him as tough, but his classes have the highest rates of participation and success.

When I first met Edmundo, I learned a hard lesson in stereotyping.

From my previous work with indigenous Kichwa communities in the Amazon, I expected Edmundo to be passive, allowing me to make executive decisions about community projects simply because I was foreign. I prepared questions to press Edmundo to be more honest, candid with his thoughts and ideas. But from our first meeting, he clearly articulated his visions for his community and the school he leads, firmly correcting me when my assumptions were wrong.

Edmundo stands as an anomaly to those around him because he is an indigenous man who has had the ability to pursue higher education, receiving a degree from Universidad Católica de Cuenca via distance learning. According to Edmundo, he gravitated toward educational opportunities because he wanted to help his community. In order to do that, he recognized the need to push himself off of the traditional path. He’s been offered opportunities normally reserved for those of a different class, opportunities to travel and learn both domestically and internationally, and yet, he continues to choose not only to return but to stay in the small community of approximately 2,000 people where he grew up. 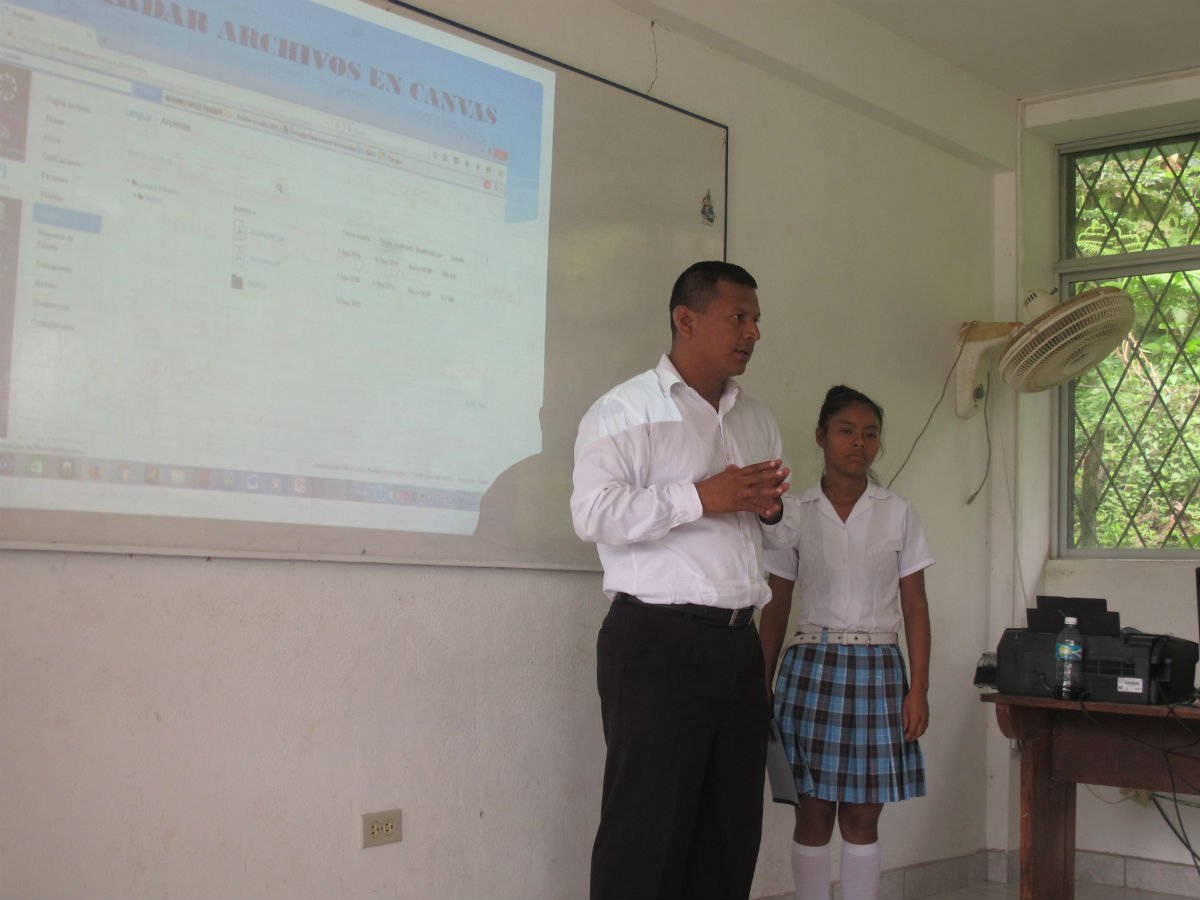 In the community of Pano, Edmundo is the director of the Unidad Educativa Comunitaria Intercultural Bilingüe “El Pano” (UECIBP), a K-12 school created to serve a specifically indigenous demographic. The school sits in an isolated pocket of the jungle, beyond the reach of modern cell service despite its location right outside one of the main Amazonian towns of Tena.

Edmundo refuses to allow the rural nature of the school or its lack of resources act as a hindrance to his students’ success.

In Ecuador, indigenous people are often looked down upon as poor, uneducated simpletons.

Edmundo shares how even though his sister earned her law degree from the same university as non-indigenous students, when clients see her name or her appearance, they have blatantly told her that they would prefer a different lawyer because of her race.

There is a distinct tension between the indigenous and the mestizos, or mixed race individuals who come from European descent, in certain parts of the country, as discrimination based on perceived social class or traditional practices continues. Complicated race relations plague the nation, as the rigid distinctions between the indigenous and the mestizos don’t even address the experiences of Afro-Ecuadorians.

Indigeneity is often equated with poverty in Ecuador, an issue Edmundo is not afraid to tackle head-on.

According to global standards, some members from Edmundo’s community do live in poverty. The community primarily relies on agriculture for subsistence, with some members finding higher paying jobs elsewhere.

In order to understand the situation better, I decided to talk to Edmundo directly.

“Do you feel poor?” I asked Edmundo.

“Listen,” he told me. “I don’t like to think I’m poor and I know I’m better off than a lot of the people around me, but at the same time, I have to recognize my reality. When I want to go buy something and I reach into my pocket and there’s no money, then what does that say about me?”

Edmundo believes that the way to address this poverty and improve his community is through education, which is why he took the position as the school’s director. Before he assumed this role, the school was in a state of stagnation if not deterioration. There was no organization and no accountability. Students routinely had to repeat entire years. 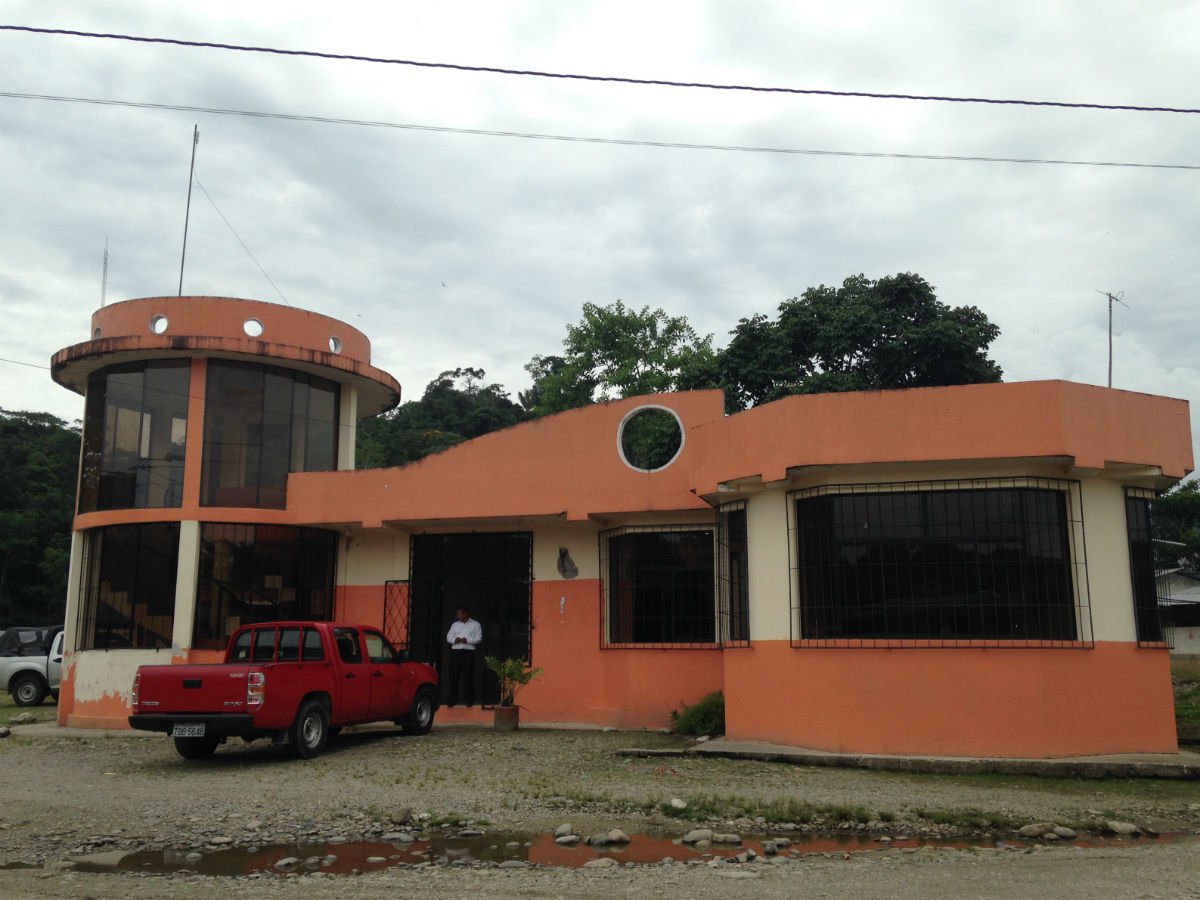 He saw the students suffering most because of the high levels of mismanagement. And he was tired of waiting for others to follow through on their promises, so he started making changes on his own. With his energy, dynamism, relationships, and respected position in the community, his hard work has elevated the operations of the school dramatically.

He saw deficiencies in the old school model, so he introduced new classes and subjects, like the entrepreneurship course that he teaches.

Similarly, Edmundo pushed for funding from the Ministry of Education to add more modern, technology-based programs. He succeeded in getting support to open a computer lab that allowed his senior students to work in a classroom space with online resources for a digital literacy program.

His work ethic has attracted talented people, such as Rocío, the language arts coordinator and director of class projects. Rocío works tirelessly throughout the day, incorporating teaching examples she has learned from her foreign friends to push her students to be more assertive and spending extra time at home creating new, innovative lesson plans. From interactive sessions that allow her students to practice language skills in mock interviews to the incorporation of YouTube videos, Rocio urges her students to think more creatively about their education. 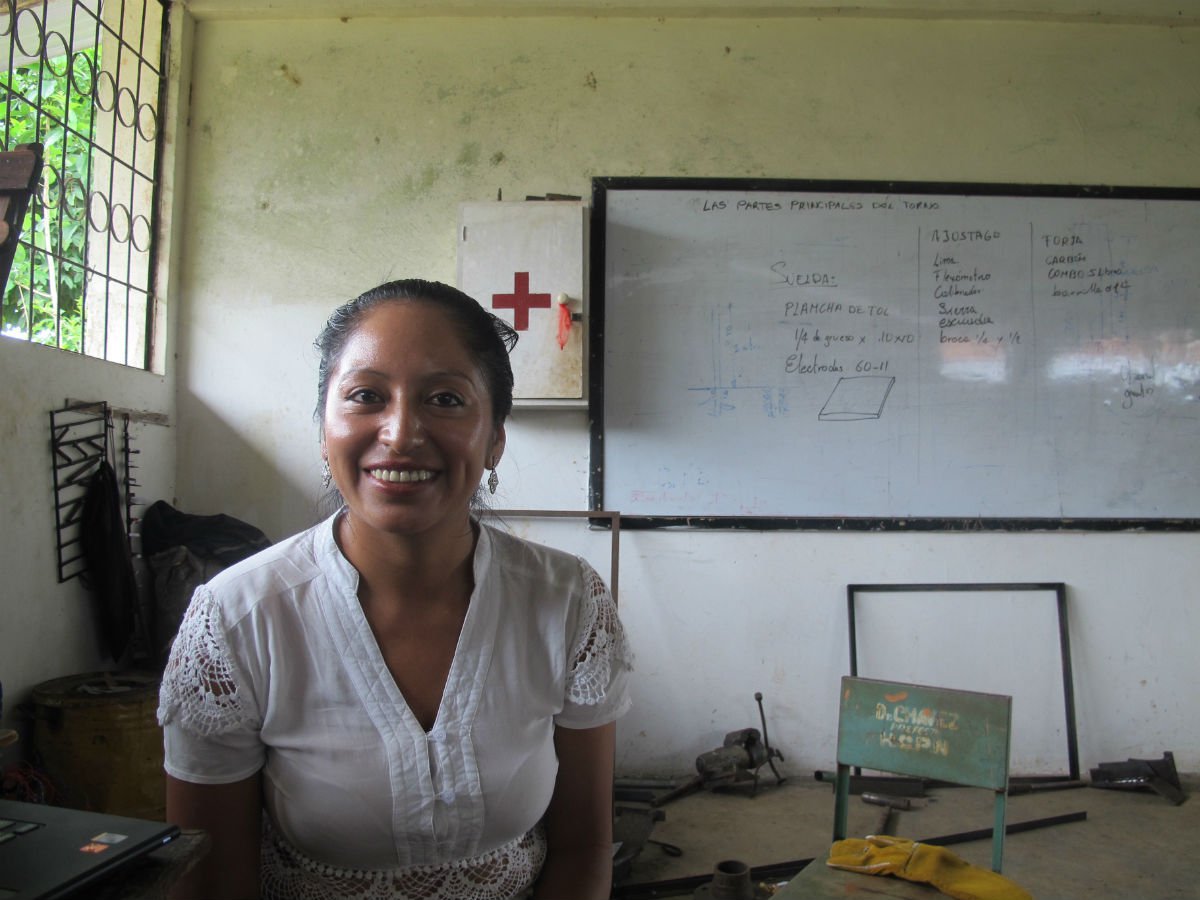 Through his efforts, UECIBP has become one of the leading primary and secondary school institutions in the Ecuadorian Amazon. It has become an example for others in the region, and some students commute for almost two hours simply to attend the school.

Both Edmundo and Rocío have expressed frustration at what it means to work at an indigenous school. “Most of our students are poor,” Rocío noted. “They come from a background with few resources. Sometimes school isn’t a priority to them, but it is to us.”

Furthermore, even as an indigenous school, UECIBP doesn’t receive more support from the government. Instead, it receives the same amount of resources despite its disadvantaged background, and is expected to deliver the same results even while operating in a completely different learning environment.

At times, government standards put such a strain on teachers to make sure that students are not held back, that students get passed to the next grade without an adequate level of comprehension simply so access to resources will be preserved.

This is a problem teachers in the US can relate to after No Child Left Behind was implemented and funding was pegged to unrealistic standards of improvement for all schools.

“Our challenge in achieving quality education is for everyone to work together, united, from a young age. We need to invest when our students are still young so we can change their ways of thinking and help them prioritize education early on,” said Rocío. 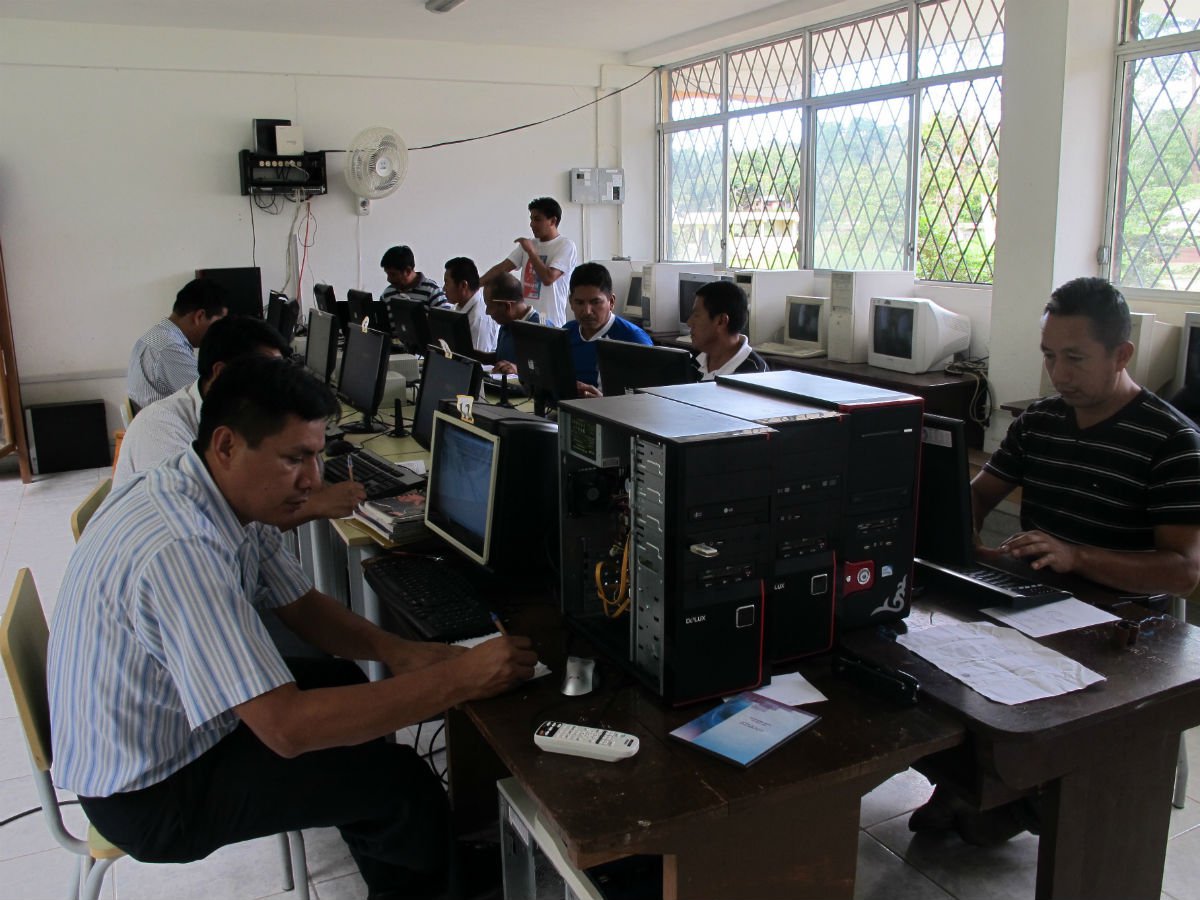 Edmundo and Rocío work incessantly to find new opportunities for their students, but the majority of the school’s progress is due to their personal efforts, not institutional change.

“We’re doing the best that we can,” Rocío shared. “But we feel like we’re stuck in the past without the right resources for the future.”