How one group plans to revolutionize menstrual hygiene for refugees

One machine makes a low-cost alternative to being forced to use dirty rags. 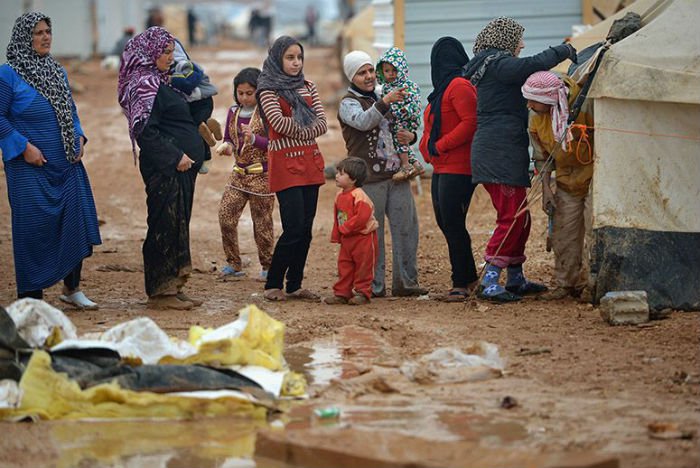 Making ends meet in Jordan’s Zaatari refugee camp is challenging. With refugees only offered a small stipend in relief aid, food is the first priority. That means for the tens of thousands of women who live in the camp, sanitary pads are a luxury they cannot afford.

Loving Humanity, a U.K.-based nonprofit organization, wants to change that, the Indian Express reports. Instead of asking for citizens to send feminine hygiene products or increase stipends for the struggling community, founder Amy Peake has set out to deliver sanitary pad–making machines to Jordan.

Peake is using a system first designed by Arunachalam Muruganantham of India, who set to work creating a low-cost option in 1998 after he realized his wife was hoarding rags because she couldn’t afford to buy pads, according to the BBC. Women in the Zaatari camp, located near the Jordan-Syria border, are also forced to use unwashed rags, which can lead to infections and costly health care.

Muruganantham’s design, which breaks down cellulose from tree bark to create the pads, has been widely popular for rural women across India. Peake spent months in India working with the Vatsalya Foundation, an organization that teaches girls about menstruation and that has further enhanced Muruganantham’s original system. The new machines make the pads faster and are easy to use.

Each machine costs about $2,000, and a month’s worth of raw materials—which costs $360—will make roughly 30,000 sanitary pads. In India, a 10-pack of these pads costs 30 cents. What’s more, the machines will need operators, thus simultaneously employing women while providing them with cost-effective menstrual hygiene.

Peake hopes to send 12 machines to Jordan within the next few months, according to the Indian Express, and eventually set up more systems in camps in Jordan and Turkey.

This article was written by Samantha Cowan, associate editor of TakePart.