How Greek Life encourages its members to become global citizens

A lot more goes on than hazing. 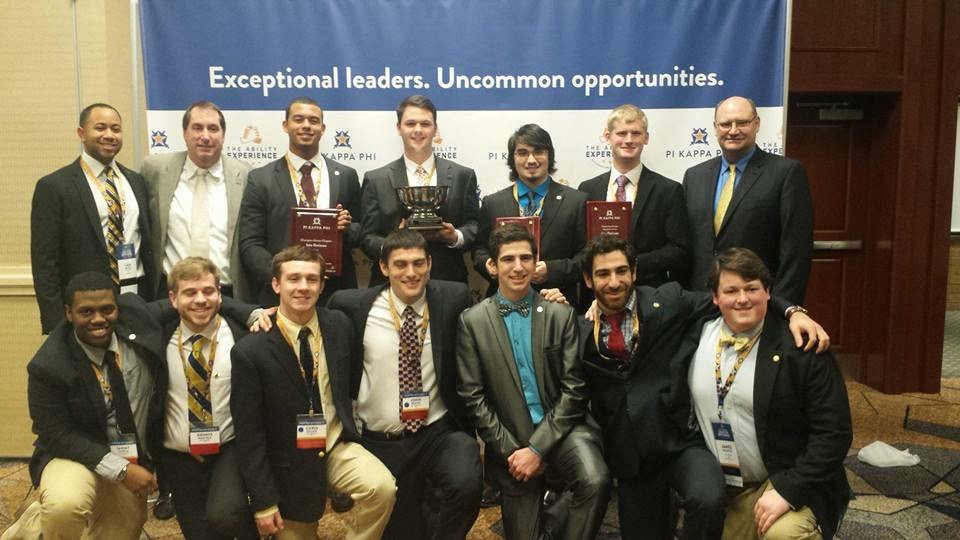 Don’t be too quick to roll your eyes at the title.

I know all too well how easy it is to immediately write off Greek life as narrow-minded, binge-drinking, shallow groups that encourage poor and often times harmful decisions among members.

I won’t lie to you--there are times when this is true.

The news is filled with countless stories of how Greek life is the home of hazing, sexual misconduct and rabid racism.

But what if I told you that these stories represent only a small percentage of what truly goes on in these organizations?

Speaking from my experience as a founding member of a Greek life organization during my undergrad, I have found it to be empowering.

What if we took away the images of sewn-on letters and overcrowded house parties and the hilarious antics of Zac Efron in Neighbors and broke Greek life down into its foundational components.

What if some of these organizations reject the classic Animal House stereotypes and actually promote:

Did you know since 1825 all but three US Presidents have been members of a social fraternity? How about 85% of executives of Fortune 500 companies were members of Greek life. Any Greek organization you come across will be filled with student life leaders such as Resident Assistants, student council representatives and club presidents. This is because Greek life offers plentiful networking opportunities and resume building programs for the future leaders of tomorrow. 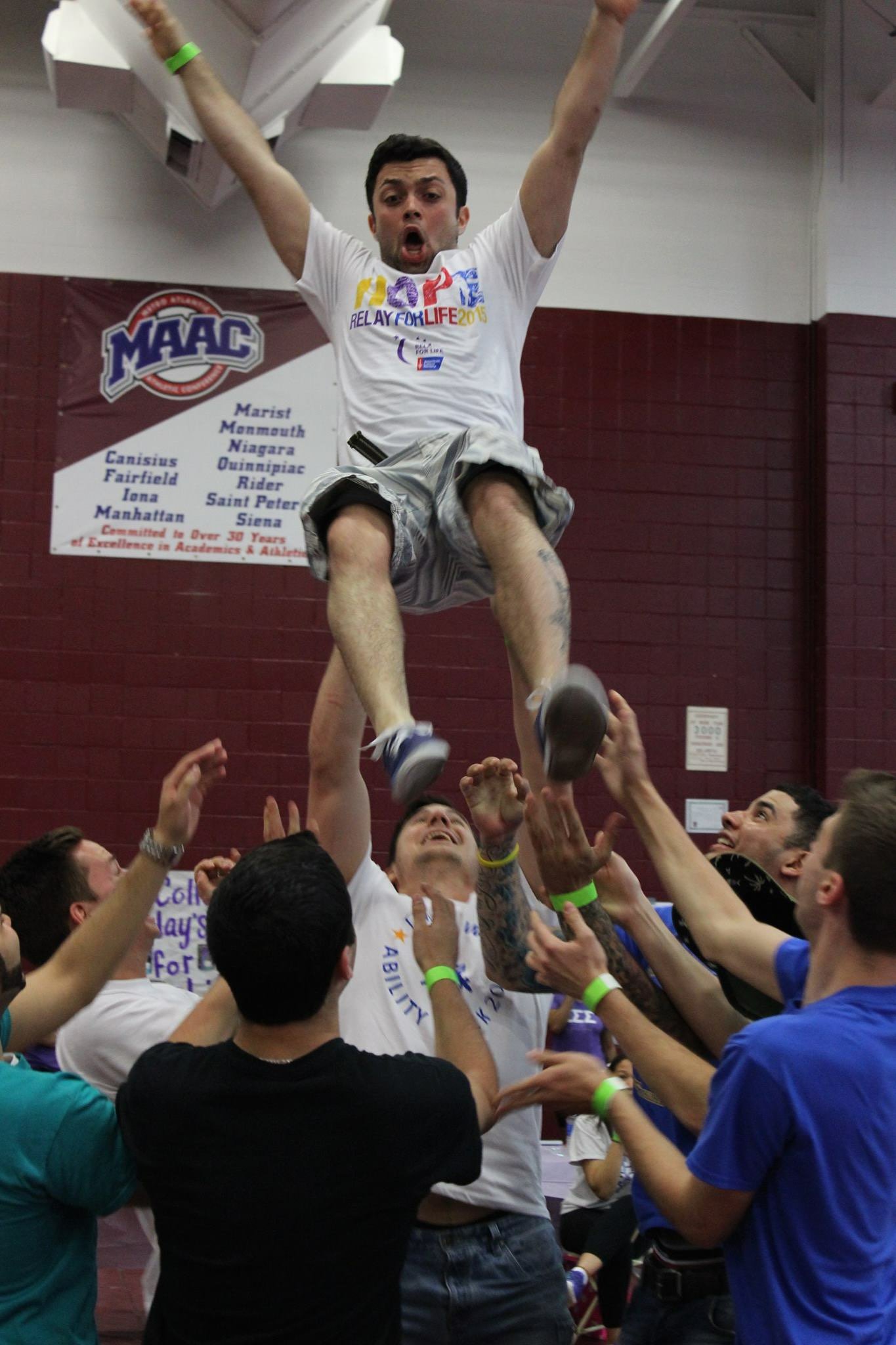 There are also numerous opportunities for leadership within a fraternity. Every organization has development opportunities such as becoming an executive board member, sitting as a committee chairperson or being a committee member. An important part of being a global citizen is taking action and getting involved in the causes that mean the most to you. Developing into a leader will give you the skills needed to persuade, mobilize and effectively cause change.

Some of my best bonding experiences with my brothers happened during our semesterly clean-up of the Hommocks. Nothing like picking trash from wet marshlands on a Saturday morning to bring a group of people closer. But it was also an excellent way for us to get involved with the community we lived in. Most neighborhoods that exist close to colleges have always been bothered by the rambunctious behavior of some college students. Service opportunities provided by Greek organizations can help redefine the relationship between colleges and their surrounding neighborhoods. This not only gives communities peace of mind but also gives students roots and responsibilities in their community. Being active in the affairs of your college town, where you hold a temporary stake, is only one step away from being active in the future of the world, where you have a permanent one.

Helen Keller once said “Alone we can do so little; together we can do so much.” In other words, team makes the dream work. When you join Greek life you will be working alongside a diverse group of people coming from different walks of life. Which, trust me on this, is not the easiest thing to do at times. You might not love or even like everyone in your chapter, so you really have to learn the skill of teamwork. If you want to keep your chapter running smoothly you will get past your differences. This can be good practice for joining the world’s global citizens in the struggle to end poverty.

Greek life enforces the idea in its members that you are not your brother/sister’s keeper but that you are your brother/sister. The meaning of this cryptic, almost Yoda-like statement is that Greek life produces unity and a feeling of oneness in its members. This is often seen as brainwashing or cloning. But, in truth, it’s more often the destruction of apathy and the beginning empathy. You are often encouraged to walk a mile in the shoes of not only members of your own organization but of those you are trying to help. My fraternity annually hosts an empathy dinner for our philanthropy that aids those with disabilities. The brothers and our dinner guests have the opportunity to simulate a disability and understand the strength of those with disabilities. Fostering empathy has the power to create connections with people you’ve never met such as a Syrian refugee or even a girl who can’t attend school for no reason other than the fact that she was born female. It is with these feelings of connectivity that we speak up and take necessary action.

Joining a Greek life organization is a major social and financial commitment. You’re committing to the ideals of unity, excellence and service. It's a commitment that goes past your four years of college and well into your adult life. While that may sound more like “lifelong prison sentence” rather than a “lifelong brotherhood/sisterhood” it actually prepares you for some major life commitments. How does commitment tie into being a global citizen? Ending global poverty and creating a better world is a mission that’ll take years to accomplish through the committed efforts of world leaders, titans of industry and good-hearted citizens.

If there was one thing I learned in my undergrad, it’s that Greek life fundraising has a hustle that can’t be knocked. From 2013-2014 fraternities were responsible for $20.8 million in charity raised. That same year sororities reported raising $5.7 million.

I have witnessed Greek led mass food drives, cross country bicycle journeys, AIDS awareness campaigns and cancer research fundraising all in the span of one semester. The philanthropic spirit developed in Greek life students when used effectively towards the end of global poverty can change the world for the better.

You may have had a massive eye-rolling session when reading this piece.

It wasn’t my hope to change your mind but only to bring your attention to the potential of organizations that have at times been portrayed unfairly in the media.

I am proud of my time in my fraternity and how it helped me grow into a more compassionate person.

If done properly, I truly believe the pillars of Greek life are the perfect recipe for creating a global citizen.