Not only is the water much safer, but the ATMs wrest power from the cartels. 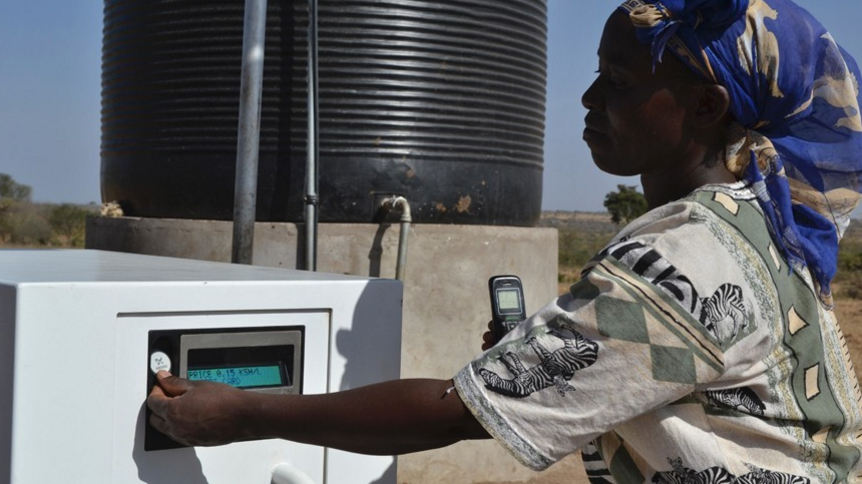 People in a slum called Mathare in Nairobi, Kenya, are now hitting up water ATMs for their water needs.

These machines are controlled in central locations and that charge fees for dispensing water.

Now, before you start yelling in outrage, consider this: everybody loves the water ATM. It’s been a blessing for the community. 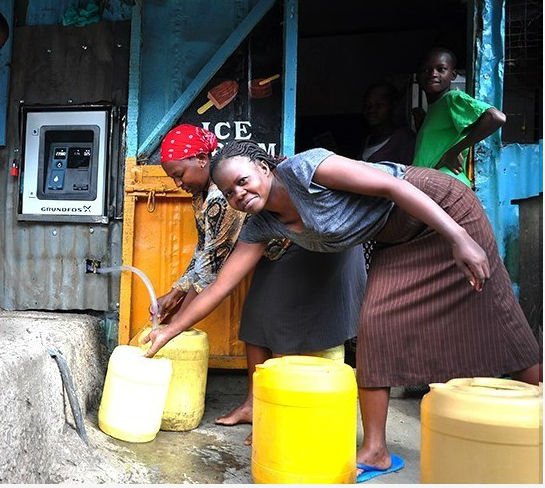 In the US, the threat of contaminated water has been all over the news because of the ongoing crisis in Flint, Michigan.

It’s been a shocking revelation that people can’t even rely on the water coming out of their home faucets in one of the world’s most economically advanced countries.

But in other parts of the world, contaminated water is just a normal part of life. In some areas, nobody even expects water to come out of a home faucet because there are no home faucets.

And nobody expects water to be free, either.

Around the world, 783 million people do not have regular access to clean water. And 2.3 billion do not have access to proper sanitation.

In certain slums in Nairobi, Kenya, people go to water cartels to get their daily and weekly allotments because there are no alternatives.

The cartels charge a hefty price for 20 liters (citizens earn just over USD $1 per day), and few customers are sure of the source of the water, especially because the water is often stored in mangy looking containers.

So they then have to spend more money on kerosene or charcoal to boil the water to sterilize it.

The double stress of spending precious money and worrying about water quality is a major burden--and this kind of arrangement can lead to disease outbreaks.

For instance, a cholera outbreak spread through the highly populated slum Mathare last year mostly because of contaminated water, which is the main vehicle of the disease.

Of course, it would be best if every home in Mathare was equipped with fully functional plumbing, but, for the time being, these water vending machines are the best option.

They exist because of a collaboration between the Nairobi Water and Sewerage Company, the city’s main water distribution company, and Grundfos, a Danish water engineering firm.

All the ATMs that have been set up are connected to Nairobi’s main water supply, which is adequately cleansed.

Not only is the water much safer, but the ATMs wrest power from the cartels.

All the machines are owned and operated by citizens. Village chairmen oversee and manage the ATMs and everyone receives a card to use.

The price of the water is 100 times less than what people had been paying the cartels.

The health benefits of the improved water system have been immediately felt.

And the stress is no longer there, either.

As fruit vendor Mercy Muiruri told The Guardian,“Life has become much easier. I can budget and I am also saving on other costs because I spend less on charcoal or kerosene to boil my drinking water. It has already been treated.”