Sometimes artists, as well as politicians, can set social agendas. 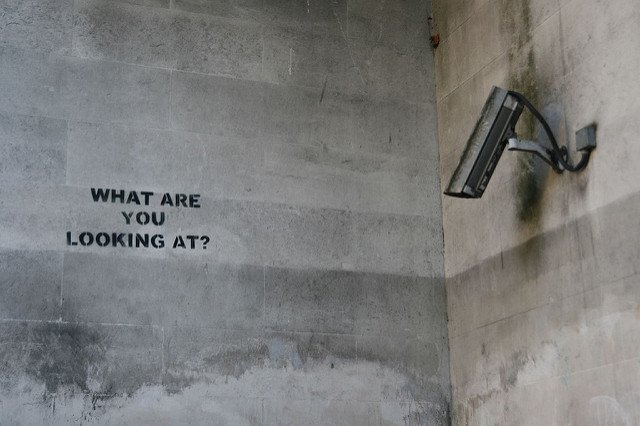 This article was written by CHIME FOR CHANGE Advisory Board Member, Sharmeen Obaid-Chinoy. It was originally published on Agenda by the World Economic Forum here.

In 2014, a Pakistani teenager called Saba Qaiser was shot by her father and uncle and thrown into a river. It was her punishment for having eloped with a man she loved. Saba survived and became the protagonist of my documentary about so-called honor killings, A Girl in the River: The Price of Forgiveness.

After seeing my film, which won an Oscar, Pakistan’s Prime Minister Nawaz Sharif promised to take a tougher line on honor killings. He fulfilled his promise: about two months ago, parliament passed a new law that will make it much harder for the perpetrators to walk free.

How can art bring about such dramatic social change? In this case, it was through the power of storytelling. Many Pakistani lawmakers had never come face to face with a survivor of honor killings before they heard Saba talk about her story. Good art can educate and create empathy, and empathy leads to change. Global leaders in business and politics are increasingly aware of this and are investing in art as a way of engaging with communities, improving lives and boosting economic growth.

A Canadian business survey conducted in 2008 found that 86% of respondents believed art made for more integrated and healthier communities, while 88% thought it had a positive impact on health and well-being. In economic terms, art more than pays its way. According to a 2015 report for Arts Council England, every pound of targeted public arts funding returns £5 in tax. Still, more must be done to really use the potential of art as an engine for progress.

Where the arts thrive, freedom of expression thrives. Art can directly empower the most vulnerable members of society. In another Oscar-winning documentary, Saving Face, I shone a spotlight on female victims of acid attacks in Pakistan’s Punjab province. The film drew worldwide attention and encouraged the local Punjabi government to do more to support the victims. Their cases are now fast-tracked through special anti-terrorism courts. Before, it took years to bring the perpetrators to justice; now it takes months.

Of course, stories of injustice, protest and resilience are waiting to be told all over the world, not only in Pakistan. My next film will be about the difficulties of vulnerable young athletes in the seemingly privileged scene of US college sports. In China, the artist Ai Weiwei has highlighted numerous social issues through his installations and sculptures. He has used his work to criticize the official response to the 2008 Sichuan earthquake, to capture the fast pace of cultural change in China, and even to document his own persecution and imprisonment.

Such social battles are not separate from economic progress, but go hand in hand with it. Creativity and individual freedom can generate new opportunities. In 2014, I directed Pakistan’s first animated feature film, Three Braves, about two boys and a girl who are trying to save their community from a villain. Pakistan has a very young population, but because almost all our animated films are imported, children rarely see local role models on screen. My aim was to provide inspiration while also offering new prospects to young Pakistanis interested in media work. Homegrown movies can change minds and create jobs. Already, a new generation of Pakistani artists are developing their own animated films, which will attract further investment to our country’s growing media sector.

For such change to happen around the world, leaders in the arts, politics and business must work together. Many businesses are already commissioning public art, funding literary prizes or sponsoring film festivals. However, these efforts often focus on well-known institutions in large cities. While these are important, grassroots organizations, poor urban areas and rural regions can often benefit from cultural funding too.

In England, the contribution of arts and culture to the economy has grown fastest in regions that have been struggling to recover from the recession, according to the Arts Council report. Here in Karachi, where I live, I have seen how youth programs can dramatically reduce violence by helping gang members escape the cycle of crime. Healthy communities support healthy businesses, which in turn feed economic growth.

This link between creative, social and economic success is gaining increasing recognition. As the first artist to co-chair the World Economic Forum’s Annual Meeting in Davos, my aim is to cement that link even further. I want to show business leaders that they can and should join the global conversation about arts and social change.

My films are examples of how one story, eloquently told, can move a country’s lawmakers to break through decades of impunity and legal deadlock. Film, art, literature, music and performance help people express themselves and even just be themselves. As artists, politicians and business leaders, it is our responsibility to help the arts thrive - for a fairer, better and more creative world.