House of St Barnabas
Why Global Citizens Should Care
Global Goal 11 calls for sustainable cities and communities. Creating steps to help people into secure work and accommodation following homelessness is essential to that goal, as well as tackling the root causes of homelessness in the first place. Join us to help build strong communities and achieve the UN's Global Goals by taking action here.

Walking through London's Soho Square, the bustling West End hub busy with office-workers and theatre-goers, you might miss the House of St Barnabas on the corner.

But step inside the handsome Georgian townhouse and you find yourself in an inner-city sanctuary. The Grade I listed building is all sweeping staircases and low-lighting, and it has all the features of an exclusive private members’ club.

The House of St Barnabas, however, is different from the other swish venues you find dotted around the capital. The building has been run by non-profits for most of the past 200 years. And since 2013, it has been the home of an employment academy for people affected by homelessness.

Inside, the atmosphere is friendly and warm. Guests tap away at laptops or snatch some sun in back garden.

Trainees on the course spend three months working on any aspect of running the club including in events, food and drink service, or marketing, fundraising, and administration. Their internship comes with the opportunity to gain City and Guild qualifications in hospitality or business and administration.

It is followed by a year of mentorship and support around getting back in to work and a 3-stage route to long-term accommodation too, for those who need help in that area.

“It was born out of the fact that the building needed to generate income initially — as it’s listed it is not allowed to fall into disrepair so there was some testing of whether it could work as both a venue and as a charity,” Ellena Bianchi-Barry, the head of marketing, tells Global Citizen.

That’s how they hit upon the idea of a private members' club and events space, while at the same time doing something to help people experiencing one of the city’s most pressing problems: insecure housing and the cycle of under-employment that goes with it.

“I think there was a healthy dose of skepticism at the start in the homelessness sector about how marrying this idea of a private members' club with a homeless charity could work," adds Bianchi-Barry.

But now the organisation works alongside the rest of the sector: other non-profits refer potential participants – typically people who are based in hostels or temporary accommodation — and they work together on sorting accommodation.

Bianchi-Barry and her colleagues believe the close sense of community fostered by the the House of St Barnabas format – the unique building, the events, the regular members – is key to its success.

“It’s quite unique compared to what’s out there in terms of employability programmes and social entreprises,” says Tano Bellone, the head of the employment academy. “It’s a winning combination of the environment, the setting, and the club which provides fantastic work experience."

"Then that is combined with the elements of the programme which involve personal development and leadership training too,” he says. “There’s an assumption that these two worlds wouldn’t normally collide but they do here, it’s about coming together in one place, whether you’re a participant, graduate partner, or member." 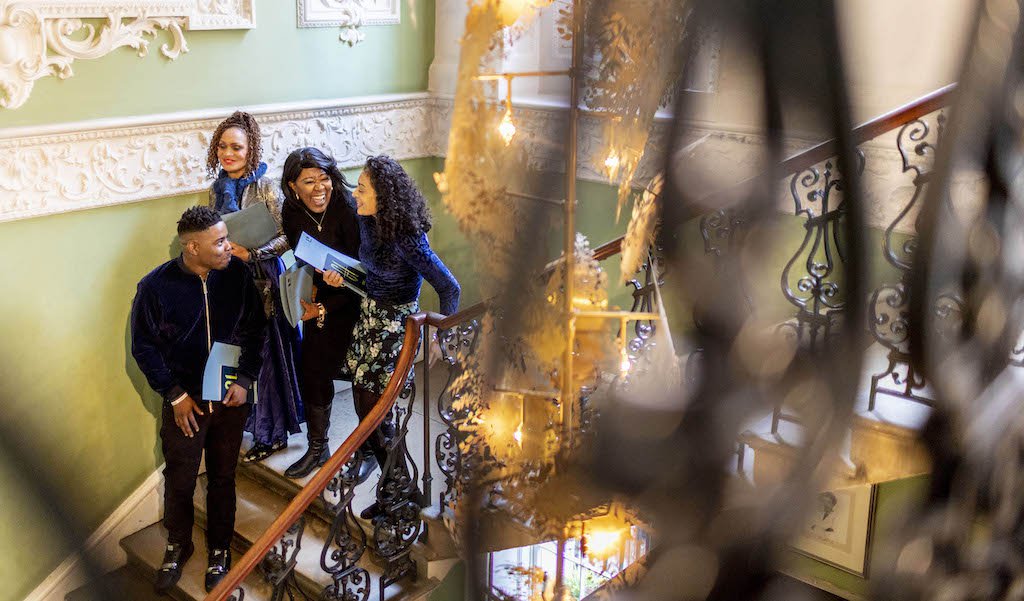 The unusual concept has paid off and the enterprise is celebrating a 5-year impact report on its progress. It shows that a majority — 70% — gain work in the year following, and 64% of all 190 graduates so far are still in paid employment, while 66% have gained qualifications.

“When you think of a private members' club, you think it’s going to be upper class and stuffy. But it wasn’t like that at all, it smashed all the impressions I had before,” says Chris McGloin, a graduate from 2018’s programme.

McGloin is just coming to the end of his year of support and mentorship. He joined the House during a long process of building his confidence back up after reaching his lowest point.

“I struggled with my mental health and developed drug and alcohol addictions when I was younger. I couldn’t face life on life’s terms,” he says. “It started to get out of control and I had to take time off work… and around that time my relationship broke down too and I found that really hard. Addictions were an escape route."

You think it’s going to be upper class and stuffy. But it wasn’t like that at all, it smashed all the impressions I had.

McGloin had previously worked in asset management, at one of the biggest firms in London. “I was a regular city boy,” he says. But when his money ran out he became homeless and he attempted suicide.

“It was the biggest thing I couldn’t face, becoming homeless… I had a good job but now I was deemed a failure," he adds. "But it was a wake-up call I needed to gain the emotional intelligence I needed to face what I was dealing with.”

“Being in hospital saved my life," he says. "It was at the hospital I started to try and solve things slowly and I started applying for accommodation.” 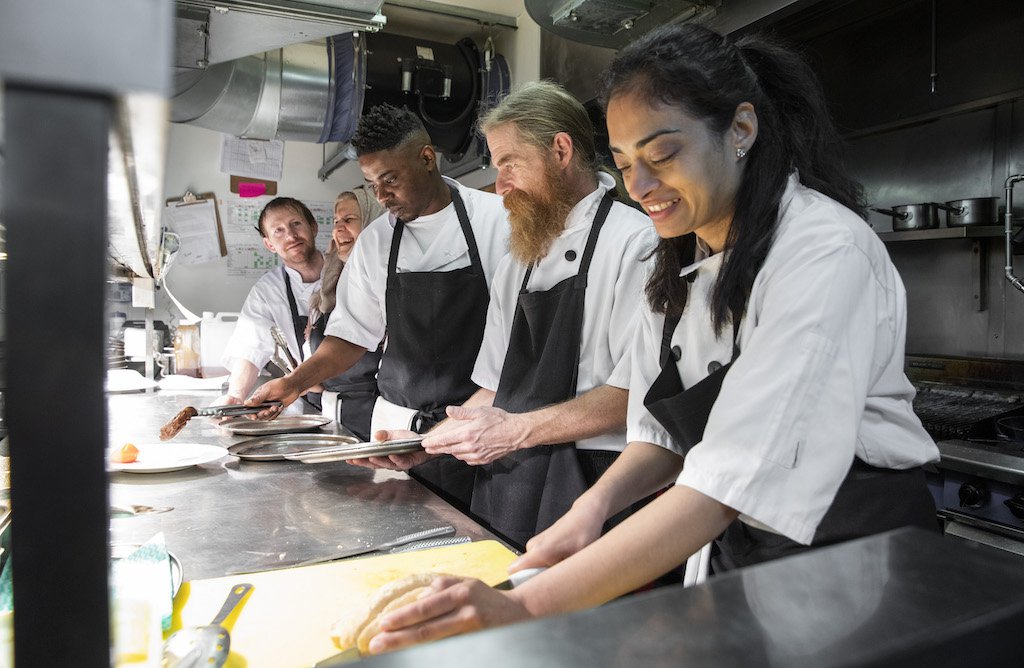 Getting to work in the restaurant's kitchen
Image: House of St Barnabas

After walking past a sign outside the House of St Barnabas, McGloin felt encouraged to go in and see what was about. He did an interview and joined the marketing department on the employment programme, and in the time since has secured accommodation and remained sober for 20 months.

He says the holistic part of the programme was particularly helpful, the moral support and the space to talk about his problems as well learn strategies to deal with them ahead of starting work.

“They help you work on your communication skills, and it was communication and people skills that I needed to re-learn through the job," he continues. "I had lost confidence to know what to do at work, to feel like I could go back to work.”

Bianchi-Barry adds that one of their key principles is to treat participants as individuals and tailor the programme to what they are interested in.

“We don’t take a view that anyone should go in to a certain kind of work," she says. "We listen to them and see how we can develop their programme in the direction they want."

Related Stories May 15, 2019 He Spent a Decade in the System. Now He's Keeping People Out of Prison.

Instead of seeing it as solely a hospitality programme, it’s about all kinds of work, Bellone adds. “It’s about getting back into the routine, working on tasks in a team, that kind of thing.”

Looking to the future, Bianchi-Barry says they want to start working with graduates on work progression — not just getting a job, but moving up to the next level in it or moving to a second job.

For past graduates, the House has an open-door policy and they keep in touch long after the formal part is over. Some graduates still work there now full-time.

It comes back to the strength of the community that’s been created. McGloin is still in touch and attended an event at the House just last week. Thankfully, he now feels he’s in a much better place.

“My self-esteem is good, my confidence is good, so I’m now thinking about what’s next and my career,” he says. “They really made a big impression on me and they were the starting point of success.”