Unique ecosytems have always intrigued humankind: Madagascar with its Lemurs, the Galapagos with its giant tortoises and Australia with its roster of marsupials. Now there’s another interestingly populated locale to add to the list… Chernobyl.

Chernobyl? Yes, despite being the epicentre of the worst nuclear disaster ever recorded, Chernobyl is now home to an impressive mix of flourishing wildlife.

On the 26th of April 1986, 30 years ago today, The Chernobyl Nuclear Power Plant exploded, bombarding the atmosphere with dangerous quantities of radioactive particles, making the area unsafe for human residents. A 15,000 strong population was ordered to evacuate their homes so as not suffer contamination from the irradiated landscape. Fast forward to today and there are only 700 people living within the 30 km exclusion zone that surrounds the city. 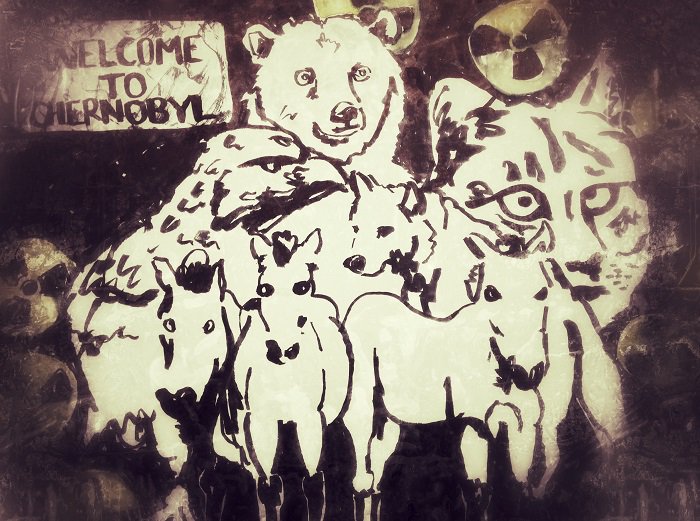 With so few people around, nature has been able to develop. Bears, wolves, wild horses, white-tailed eagles and lynxes have settled into the exclusion zone and are thriving in the absence of humans. Scientists are yet to confirm how far radiation-related conditions such as cancers and birth defects are affecting the Chernobyl wildlife. However, current research seems to testify that human presence poses a significantly greater threat to animals than the thousands of tonnes of radioactive fallout. In an interview with the Telegraph, Professor Nick Beresford, an expert at the Centre for Ecology and Hydrology in Lancaster, said “Radiation is a matter of increased potential risk. But when humans are around, animals are simply shot or lose their habitat."

This Chernobyl rejuvenation story is an excellent example of nature’s great ability to repair itself despite catastrophic human impact. In fact, in a strange twist of irony, the animals in Chernobyl's unofficial conservation park are now protected by a bittersweet legacy of radiation--the zone is still officially off-limits to humans.