Hey, what happened to our tax dollars?

How communities in Kenya are using citizen scorecards to improve governance.

We all want our tax dollars to be used well, right?

In the United States, it’s easy to become accustomed to almost guaranteed access to schools, clean water, safe roads, and more—all funded through the federal and state tax systems. In developing countries like Kenya though, such tax benefits are much less of a guarantee, especially for the poor. This is why Micheal Otieno decided it was time for citizens to shed some light on the use of their money. 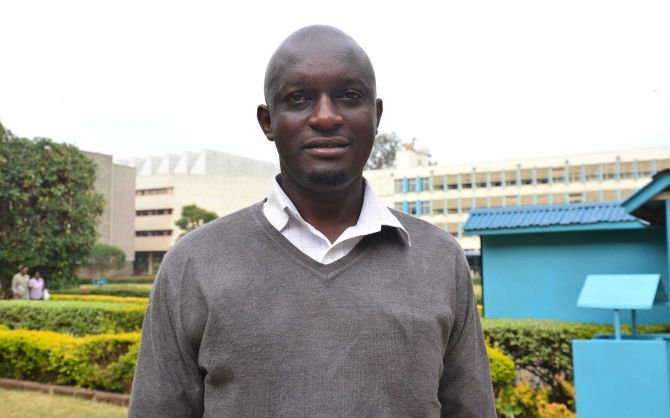 “The threats of wastage are real,” says Michael Otieno. “We have to keep an eye open at all times and keep demanding answers on how the money is used.”

Otieno is among the people and organizations fighting for the prudent use of public funds meant for development throughout his home country of Kenya.

“Kenya is one of the top countries in Africa in tax collection, and while Kenyans pay so much in taxes, there have been few mechanisms of holding leaders accountable,” he says.

For Otieno, a governance advisor of the National Taxpayers Association (NTA), poverty is all too common in Kenya, with over 45 percent of the population living below the poverty line.

“We pay 100 percent of our taxes and therefore should equally get 100 percent accountability on how these taxes are used,” he says.

The NTA is an advocacy group focused on enhancing citizen demand for accountability. They help communities monitor the quality of public service delivery in Kenya and the management of devolved funds—the national funds that flow directly to communities for their use on projects that benefit them.

In a model almost akin to the US federal budget system, in Kenya, money flows from the federal government to counties, and then right into cities and towns. In the US, federal funds get to communities to support a wide variety of public services including education, health, infrastructure, public safety, and enforcement of regulations on things like food and air quality. The same is true in Kenya, and independent watchdog groups like the NTA can make all the difference in ensuring the public’s money is accounted for and well utilized.

Thanks to organizations like the NTA, there is renewed interest in money flows from the national government to the grassroots as a way to reverse the inequality and tackle poverty nationwide. This is especially true in poor communities, where access to amenities such as healthcare and clean water is a challenge.

“The wastage of funds through corruption and pilferage by public officers and their cronies is already huge right from the national level,” says Otieno, who is currently a PhD candidate at the University of Nairobi, conducting research on public accountability in the education sector. “Public resources are increasingly open to mismanagement as a result of many factors including ineptitude, lack of capacity, weak oversight, as well as inadequate controls and systems, lethargy in implementing projects, wrong priorities in some sectors and weak revenue mobilization.”

“And sending more funds to the grassroots without proper controls may only spread the cancer,” he explains.

In 2010, Kenya passed a new Constitution that ushered in a county system of governance, creating 47 new administrative jurisdictions with independent budgets, partially funded by the national government in Nairobi. All has not gone well under this decentralized system, with many counties going against the policy by spending most of their allocations on administrative costs and salaries rather than on projects that directly benefit citizens.

“The best place to start [with advocacy for pro-poor public investments] was with the devolved funds, since these are the funds that citizens directly interact with and where they have the opportunity to directly hold elected leaders accountable,” he notes.

The Constituency Development Fund (CDF) is the dominant funding mechanism that channels money from central government directly to communities for local infrastructure projects, has remained in the spotlight over wastage by officials at the community level.

Passed in 2003, the CDF Act provides that at least 2.5 percent of all collected ordinary national government revenue (or taxes) in every financial year shall be paid into the fund, and disbursed under the direction of a National Management Committee (NMC). Seventy-five percent of the amount is disbursed equally to constituencies of all Kenya’s 290 members of parliament, while the remaining 25 percent is disbursed to communities with the highest needs, based on a poverty index.

Within each constituency, the CDF Act specifies that each year a maximum of three percent of the total annual allocation may be used on administrative expenses, five percent should be set aside for emergency, and not more than 10 percent should be allocated to the education support scheme. All unutilized funds should remain in the constituency account.

This all sounds good on paper, but communities have not seen the expected benefits. This is where NTA stepped in. 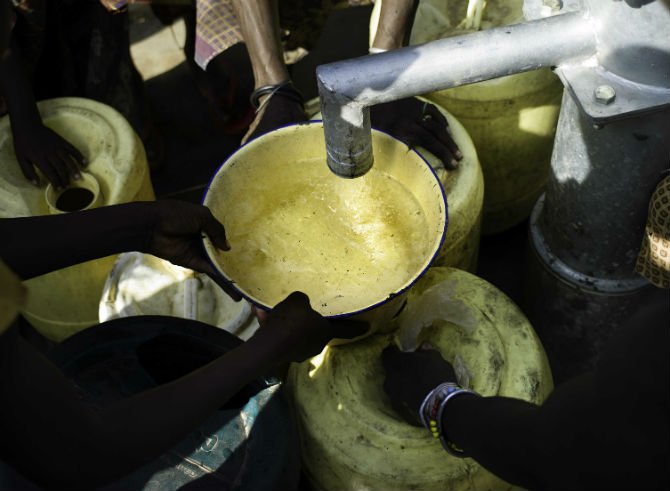 For every CDF project planned for each constituency, NTA conducts an audit, comparing them to the funding received from the national government to ensure cost effective implementation. Community members are then interviewed to confirm that they derived some benefit from each project in their area.

NTA publishes its findings and releases them in public forums to encourage citizen participation in demanding accountability, fairness, and follow-through. They do this not only for projects funded through the CDF, but any projects funded through Kenya’s nine other public funds for development, such as the Water Services Trust Fund and the HIV/AIDS Community Initiative Account.

“[Since] NTA has been monitoring CDF and other devolved funds, we have seen significant change,” says Otieno. “For example, when we started the monitoring, the average rate of wastage of public resources through poorly implemented, abandoned, or ghost projects (as well as unaccounted for funds) was between 26 and 30 percent. But in the constituencies where we’ve worked, it’s been reduced to 14 percent.”

In addition, the NTA’s citizen scorecards have become a very important tool for holding leaders accountable, particularly during elections.

“The turnover rate of those elected to the Kenyan Parliament has remained high, and a large proportion of this is attributed to poor management of the CDF at the constituency level, as reflected in NTA citizen scorecards,” argues Otieno.

“Indeed, almost all MPs that ranked poorly in management of the CDF never got re-elected – a clear indication that the scorecards had a direct impact on performance of the leaders in electoral politics,” Otieno asserts.

Accountability, a work in progress

Otieno says NTA intends to expand its programs to embrace online and mobile monitoring of projects to ensure more accurate and rapid feedback on use of public funds.

Otieno says the push for reform is not easy, however, especially when there is a lack of goodwill on the part of those charged with the management of public resources. And as the national government’s investment in development efforts increases, mismanagement of funds meant for community level projects is a growing issue.

“When I started advocacy work in 2003, I imagined the changes would come quickly, particularly because there was a new government regime perceived to be generally reformist. However, I have come to realize that it takes more than just changing the minds of a few individuals for institutional reforms to take place.”

“It has not been easy trying to stop the wastage of public funds but there is progress,” says Otieno.

“Today I am very clear on the fact that reform on matters of public accountability is an evolutionary process.”

A process that will no doubt continue to improve with committed local leaders like Micheal Otieno at the helm.

GO TO TAKE ACTION NOW to support Oxfam and tell the Securities Exchange Commussion to do their part in promoting transparency.

This article was contributed by Allan Akombo, a freelance journalist based in Nairobi.