Here's your guide to the future of global humanitarian work

Thanks to the United Nations, there's lots of talk in the humanitarian world about the "post-2015 agenda." If you check out #post2015 on Twitter, you'll find international organizations, world leaders and everyday individuals talking about how important this agenda is and why you should care - and we agree, if you're interested in making sure young peoples' voices and opinions are heard in addressing the world's most immediate needs, you should care!

We know the language gets pretty confusing, so to begin, we made you a list of confusing terms. 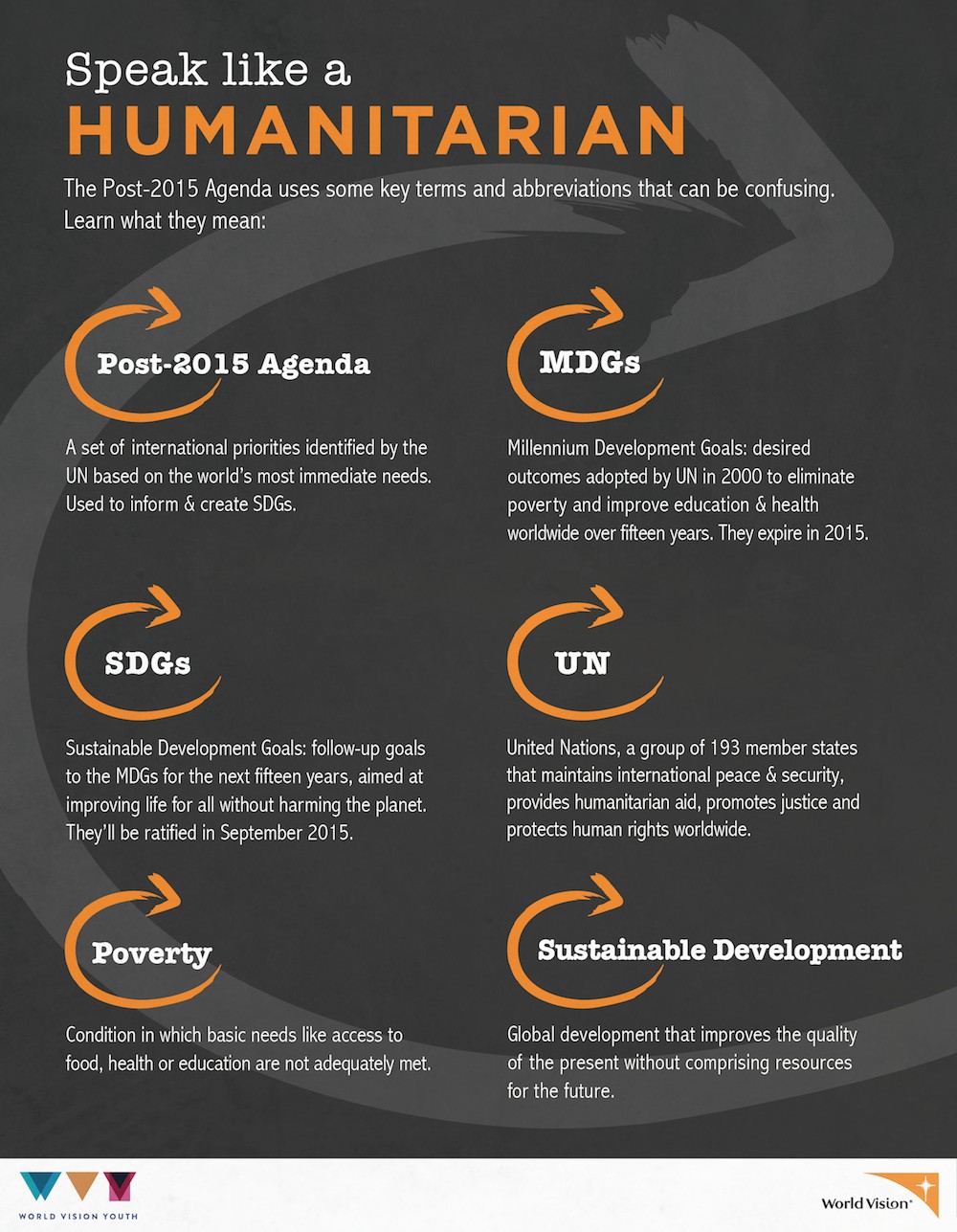 Well, in 2000, member states of the United Nations (UN) adopted the Millennium Declaration, which set eight Millennial Development Goals (MDGs). Through the MDGs the UN joined efforts with international organizations to combat global issues like hunger and poverty, stop the spread of HIV/AIDS, increase gender equality and help children stay in school, all over the course of fifteen years (2000-2015).

Did they accomplish anything? 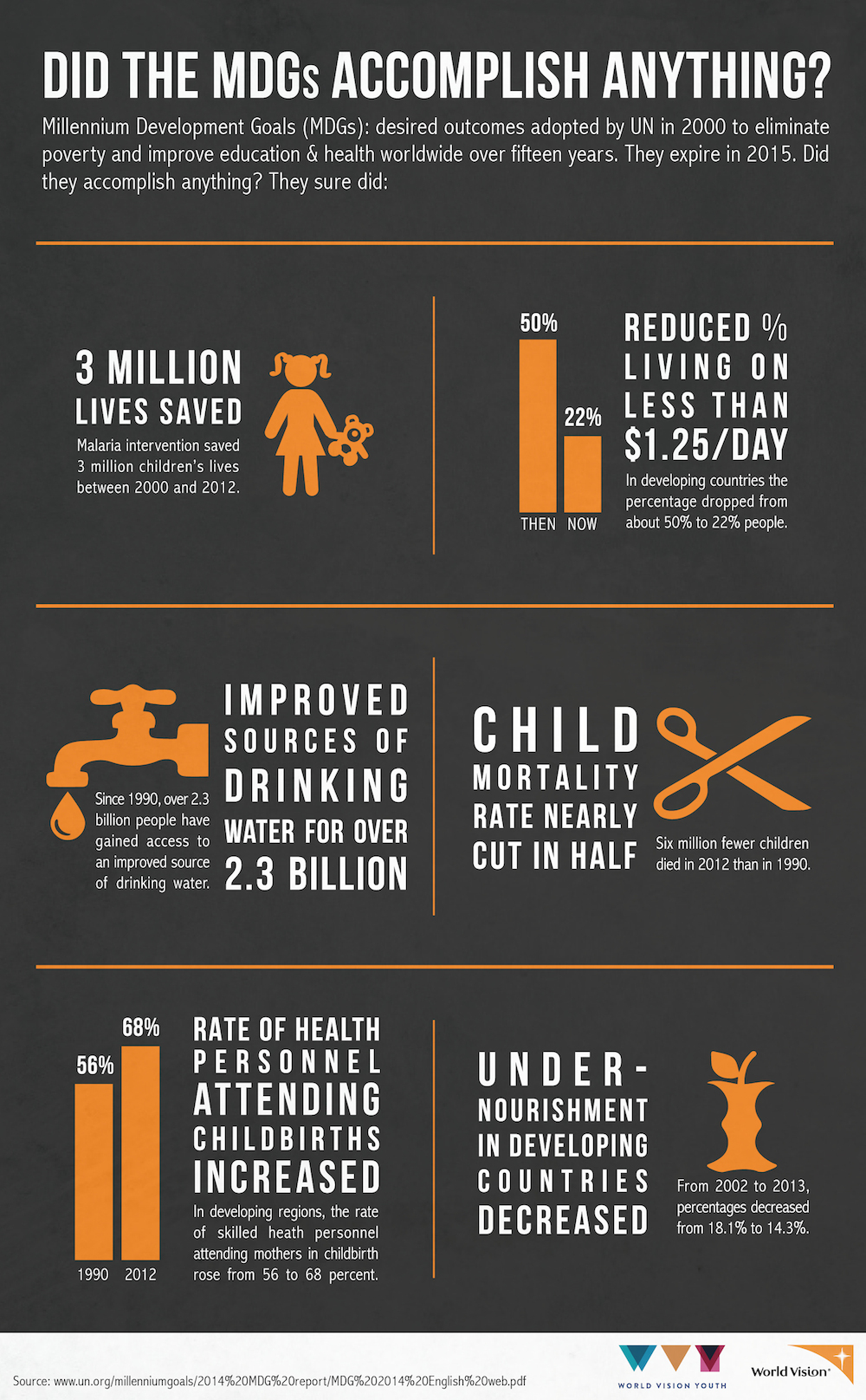 The MDGs were one of the most significant international efforts to fight global issues, but there is more work to be done. Since 2010, the UN has researched the world’s most pressing issues in order to inform the post-2015 agenda, a set of global priorities to target when the MDGs expire.

In 2014, a group of UN State representatives met 13 times to review the agenda, hear from global experts, and discuss how to meet the world’s greatest needs and improve life for all people without harming the environment. They came up with 17 proposed goals, called Sustainable Development Goals (SDGs), which they believe the international community should work toward achieving over the next 15 years.

Yes, with a little more momentum and publicity behind them.

What are the SDGs, and when do they take effect?

I’m glad you asked - this is where you come in. Here’s a list of the goals, but they won't be ratified until September 2015. Until then, your voice and feedback can shape the goals, so it's important youth speak up for the way world leaders address the issues we will inherit in 2030.

6. Water & Sanitation for All

8. Decent Work for All

9. Technology to Benefit All

12. Responsible Consumption by All

17. Partner Together to Realize the Goals

Yes! World Vision and Global Citizen are part of the Action/2015 coalition, a group of over 1,200 organizations and partners in over 125 countries fighting injustice, inequality, poverty and climate change. If we work together to capitalize on the momentum around these goals, we could be the most successful effort to end extreme poverty in history.

Which goal do you most hope to see achieved in the next fifteen years? Why?