Brought to you by: Johnson & Johnson

Global Citizen Launches Campaign to Achieve Health for All

“Health cannot be a question of income; it is a fundamental human right.” - Nelson Mandela

Brought to you by: Johnson & Johnson

Global Citizen launched a new campaign Saturday to mobilize citizens across the world on a grassroots level to show political leaders that their constituents want to see them bring health care to all people.

The #HealthForAll campaign was announced on stage at the 2018 Global Citizen Festiva by Dr. Tedros Adhanom, director-general of World Health Organization, and Dr. Paul Stoffels, chief scientific officer at Johnson & Johnson, with the support of various countries, including Norway.

Currently half the world’s population is unable to access essential health care services. This disproportionately affects women and children, as more than 800 women die in pregnancy and childbirth every single day, 99% of whom are living in developing countries with little to no access to health services. 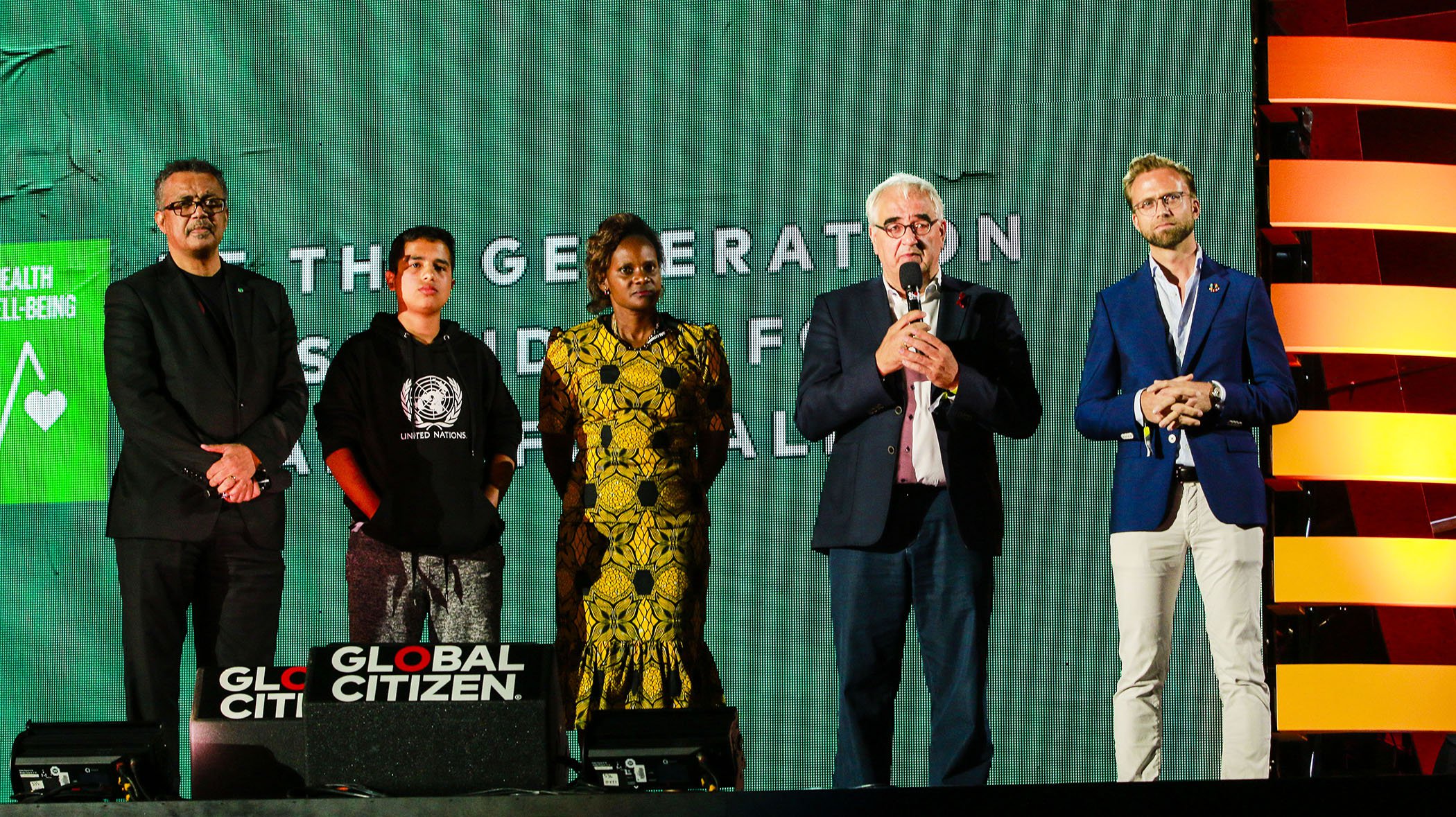 "WHO was founded 70 years ago on the conviction that health is a human right for all people. Not a privilege for those who can afford it." said Dr. Tedros. "Today that conviction is as strong as ever. Over the next 5 years we want to see 1B more people enjoying the benefits of universal health coverage. Tonight I am calling on all Global Citizens to unite and join our movement for Health for All. We need at least 100,000 actions calling on world leaders to urgently support the mandates of critical health initiatives."

The campaign will focus on driving widespread public awareness and over 100,000 actions from Global Citizens about the need to prioritize health for all and driving investments in universal health coverage and global health security.

“Johnson & Johnson believes that essential health services should be within reach for every person – whether they live here in New York, or a village across the world," Stoffels said. "For decades, J&J has supported health workers with training and lifesaving products. Today, we are strengthening our commitment by joining the Health for All alliance to ensure that 450,000 frontline health workers get the training they need. And, since gender bias remains a challenge … that 75% of them are women."

There are a number of companies, governments, and activists committed to ending preventable maternal, newborn, and child deaths by 2030. However, this fight will be impossible to win without additional support from the international community and the training of health workers and caregivers on the ground where help is needed the most.

Dr. Tedros ended with a call-to-action for Global Citizens to tweet, email, and call in support of the Health for All Alliance.

“We need at least 100,000 actions calling on world leaders to urgently support the mandates of critical initiatives like the Global Financing Facility (GFF) and the WHO.” Dr. Tedros said.

Lending the voice of his nation to the cause, Norway's Minister of International Development Nikolai Astrup announced that in November 2018, Norway will be hosting the GFF Replenishment Fund and hopes to raise funds that could save up to 35 million lives between now and 2030. He also pledged that Norway will contribute $360 million to the GFF over the next five years, making Norway one of the biggest contributors to the GFF so far.

“The time has come to put an end to this," Astrup said. "We must secure health and nutrition services for all. Every woman. Every child. Every youth."