"We’re already spending the money on homeless people [but] in the most inefficient way." 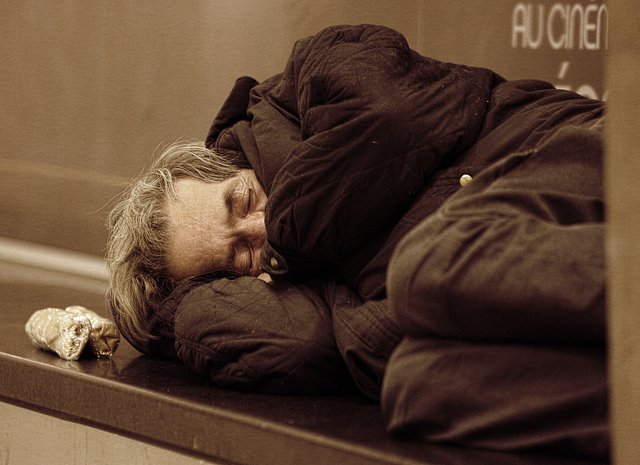 Hawaii, land of pristine beaches and rolling green hills, has had a homelessness crisis for years. In 2015, the problem was becoming so severe that the government declared a state of emergency to come up with solutions.

While the announcement seemed to suggest that the state would tackle some root causes, it mainly ushered in an escalation of crackdown efforts on the homeless as a spate of draconian laws that criminalized loitering and other activities were passed.

Now, however, a more humane approach is being considered. Democratic state Senator Josh Green, who is also a doctor, has proposed a bill that would not only curb the homeless population, but also save the state a lot of money.

Read More: A Wake-up Call on Homelessness in Hawaii

His idea? Give the homeless housing.

Green isn’t pitching this idea on humanitarian grounds. Instead, he’s making the economic case. The conditions of living on the street endanger a person’s health —including through exposure to extreme temperatures, lack of hygiene and sanitation, a greater likelihood of getting injured, and so on.

And because homeless people generally have no independent health care, the state has to pay the bill when they go to the hospital to get treatment for infections, psychological episodes, broken bones, or other problems.

Hawaii spends about $2 billion on Medicaid each year, and more than half of these funds go toward a tiny fraction of people, including the homeless.

Green argues that the average homeless person racks up $120,000 in healthcare costs each year. Housing for an individual, by contrast, would cost around $18,000. Of course, these individuals would also require health care if they had housing, but it’s likely that their overall costs will plummet if they have a stable place to reside and are freed from the deprivations of the street.

Read More: This Short Film Explores the Underside of the Super Bowl: Homelessness

In fact, Green told The Guardian, the state could save hundreds of millions of dollars from this arrangement, and they’d be drastically improving the welfare of their citizens in the process.

“We’re already spending the money on homeless people, we’re just paying for it in the most inefficient, expensive way possible,” Green told The Guardian. “We have a lot of capacity, but lack the political will.”

There are detractors who claim that this scheme would quickly be exploited by those who don’t deserve free housing.

But proponents of the bill argue that a vetting system would ensure that the program isn’t overrun and that only the neediest people would be eligible. Even if it were swarmed with applicants, however, it wouldn’t be a significant resource drain, they argue.

Utah, for example, started giving homeless people free housing in 2005 and the state cut costs on the homeless population by more than half as shelter visits and emergency room visits plunged.

Of course, this whole idea opens up a broader conversation of housing sustainability in the US. Across the country, citizens pay a lot for housing. The MacArthur Foundation found that more than half of Americans made sacrifices to cover rent or mortgage costs.

In New York, the typical household spends two-thirds of their income on housing.

It could also lead to intergenerational poverty as families are unable to invest in and pay back college tuition.

“Too many Americans today believe the dream of a decent, stable home, and the prospects for social mobility, are receding,” MacArthur President Julia Stasch said in a statement with the report. “Having a decent, stable, affordable home is about more than shelter: It is at the core of strong, vibrant, and healthy families and communities. This survey demonstrates that the public wants action to address the nation’s real and pervasive housing affordability challenges.”

America has a troubled relationship with housing — nearly 600,000 homeless on one hand and excessive housing on the other. After all, it was an inflated and sprawling housing sector that caused the 2007 financial crisis.

In this landscape, maybe it’s time to reconsider why housing, a human right according to the UN, is so abundant yet so out of reach for so many.