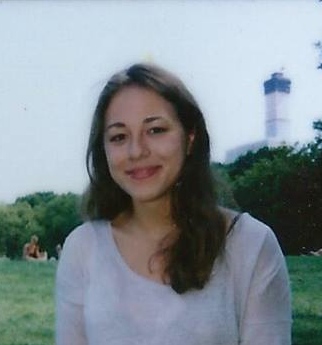 Happy anniversary, Water for the World Act—three months and counting

Here's what's been accomplished so far.

When I first started at Global Poverty Project back in November, I fancied myself pretty knowledgeable about how a bill gets passed—introduced in the House or Senate, voted for by Congress, President signs it, and, done. Throw in some smooth-talking politicians and  schmoozing lobbyists. What else could there possibly be to it?

Actually, a lot. You see, I’d forgotten that the government should ideally take into consideration what its citizens want when this whole process goes down. And I couldn’t be happier to say that I witnessed just that when the Water for the World Act passed last December. The bill of course followed the usual, above-mentioned course of action. But, before all of that happened, some other work had to be done first. And that work was done by great people not just at Global Poverty Project, but at WaterAid America, WASH Advocates, Millenium Water Alliance, InterAction, World Vision, and global citizens like you. People sent thousands of emails, attended hundreds of meetings, devoted days on days on end to make sure that Congress passed this bill to further American WASH (water, sanitation, and hygiene) efforts worldwide. You can check out the full story detailing the long haul here.

Nobody backed down until everyone won on global sanitation, and because of this bill, USAID (United States Agency for International Development) can now broaden their efforts with more efficient and targeted funding. Though Water for the World passed just three months ago, USAID’s efforts have helped bring safe water and sanitation to over fifty million people in over five decades. While it’s difficult to quantify how much progress has been made in these past few months, it’s exciting to say the groundwork is definitely being laid to expand current projects as well as implement systems that have been successful in the past throughout more countries.

Here are a couple of projects recently highlighted in a post by USAID.

“Already, progress is being made through programs like Sustainable Water and Sanitation in Africa (SUWASA) a project that strengthens WASH in Ethiopia, Kenya, Mozambique, Nigeria, South Sudan, Senegal, Zambia, Uganda and Liberia. SUWASA focuses on building financial sustainability of water utilities in each country through activities like regulatory reform, better pricing and billing, and creating access to commercial financing.”

SUWASA seeks to increase comfortable access to water and to achieve sustainability for all users in a community. USAID carried out the first successful project in Kenya in 2010 by installing public meters in a low-income settlement to regulate how much water tenants could collect. In doing so, the organization made access to a limited pool at least a little more tolerable. Water collection no longer depends on who gets to the tap first at the designated time or who has the most water containers to fill. Now, people simply insert a token into the tap until they have as much water as they want and then retract the token. Efforts to spread efficient systems like this throughout African communities in the above countries are currently underway.

“In Asia, the USAID Indonesia Urban Water, Sanitation and Hygiene (IUWASH) program has helped 1.47 million people gain access to safe water supplies and made improved sanitation facilities available to nearly 100,000 more people by supporting local governments. Partnerships have been key to IUWASH’s success. The Government of Indonesia and the private sector have been working together towards getting safe water to those who need it.”

IUWASH has increased access to water and sanitation primarily through engaging community members in places where they install projects. This sort of engagement extends beyond the local level, however, to the chain of entities involved in delivering water, including distributors and local governments. By working to ensure and strengthen the reliability of this network, USAID aims to set up a strong water system at all levels. Ensuring the long-term success of international water projects and opening the window for future successes depends on the coordinated efforts of local people and governments in addition to USAID.

The collaborative commitment exemplified in these projects cements the foundation for communities to ultimately manage their own local water and sanitation efforts and divert oversight away from USAID. These are the most significant steps the Water for the World Act will continue to advance.

Increased efficiency in water and sanitation efforts by the United States has already reached millions of people around the world and will continue to do so. Don’t breathe a sigh of relief yet though—over two billion people still remain without access to basic sanitation. Plenty of work remains until that number reaches zero.