Global 1st: Guatemala sends soldiers to jail for using rape as a weapon

THIS is justice. International norms are being adopted domestically in a huge step forward. 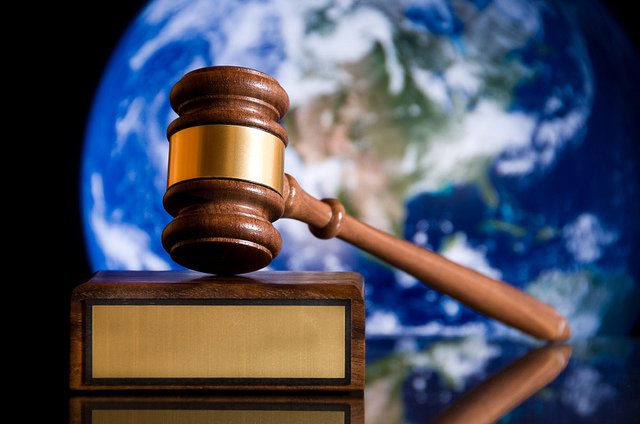 The Guatemalan Supreme Court of Justice ruled former members of the military guilty for crimes against humanity committed during the nation’s civil war. The charges included rape, sexual slavery and murder of indigenous girls and women. This is the first domestic court in the world to consider rape as a weapon of war.

The Guatemalan Civil War lasted from 1960 to 1996. The conflict was between the government and leftist rebel groups supported by indigenous Mayans and Ladino peasants- who represent the majority of the rural poor in Guatemala.

The soldiers found guilty in this case were government troops at the Sepur Zarco outpost, who were guided by their commanders to kill local women’s husbands and forcibly draft them into the unit to serve as sex slaves.

In cases like this, rape and sexual abuse are not just a byproduct of war but are used as a deliberate military strategy.

#Guatemala shows us that sexual abuse in contexts of war is not "boys being boys"; it is a weapon of war and it must be punished #SepurZarco

The strategic use of rape in war is not a new phenomenon. Only recently has it begun to be widely documented. From conflicts in Bosnia, to civil wars in Rwanda, girls and women have been singled out for rape, imprisonment, torture and execution.

In previous centuries, rape by militaries was used often seen as opportunistic ‘rape and pillage,’ not a strategy. However, in modern times (and in some cases historically) it is used as coordinated combat tool.

Rape has been identified by psychologists as the most intrusive of traumatic events that can happen to an individual.

“The soldiers, instructed by military commanders, forcefully made their husbands disappear in August 1982. ‘Widowed’ and ‘alone’, they were forced to move to the detachment in Sepur Zarco, where, according to their accounts, they were raped repeatedly and forced to cook and wash military uniforms for six months.” (Translation provided by GlobalVoices.org)

This is a HUGE step towards global justice.  This is the first time a domestic court has declared rape as a weapon of war and a crime against humanity. The ruling is historic both domestically and internationally.

#Guatemala today is proof that justice can be served in cases of grave human rights violations by domestic courts. #SepurZarco

In many nations, the collapse of the rule of law during a conflict leaves a long lasting inability to deal with allegations of rape, while in others, women feel too exposed to stigma to accuse their attackers.

The fact that this case was brought to court and received a guilty ruling is historic.

The verdict was delivered in a public courtroom, however the victims’ identities were protected by wearing clothing that covered them completely except a small slit for their eyes. Anyone interested in the case had the opportunity to watch it live online, which caused the story to generate a lot of conversation both domestically and internationally.

When sentencing the defendants to a total of 210 years, Judge Jazmin Barrios described the brutal treatment that vulnerable, indigenous women suffered from soldiers during the time of war as being inhumane.

"In #SepurZarco, the treatment women received was worse than that of animals", Judge Barrios #JuicioSepurZarco#Guatemala

This is a huge development for the Guatemalan government but it will echo internationally. Domestic courts adopting global norms on crimes against humanity sets a global precedent for justice.

It is tragic that rape is still used as a weapon of war, but this verdict is a monumental step in the right direction to ending the practice and getting justice for victims.