The Fight to Block Oil Drilling in the Great Australian Bight

© Michaela Skovranova/Greenpeace
Why Global Citizens Should Care
The Great Australian Bight is a nearly pristine marine environment off the coast of Southern Australia and has never before been drilled for oil. The United Nations' Global Goals call on countries to shield marine environments from pollution and other hazards. You can join us on taking action on this issue here.

While the Great Barrier Reef is often regarded as Australia’s great ecological wonder, the country has a marine environment teeming with even more wildlife to the south — and it’s facing a potentially existential threat.

The Great Australian Bight is a vast open bay off the southern coast of Australia that encompasses vast underwater forests and reefs, thousands of species, massive schools of fish, breeding grounds for rare whales and mammals, and much more.

By the end of the year, however, it could be dotted with oil rigs. The Australian government has approved oil drilling permits for the region, and the Norwegian company Equinor (formerly Statoil) plans to begin the drilling process by October.

Environmental groups such as Greenpeace are fighting to save the Great Australian Bight. They’re urging the Australian government to rescind their oil drilling permits and enact strong environmental regulations to guard the bay against extraction efforts.

“At the moment, it’s pristine and free, and the concern is that if anyone discovers oil down there, then we’ll see more rigs lining up, and nobody who knows that area wants to see that happen,” Nathaniel Pelle, senior campaigner at Greenpeace, told Global Citizen. 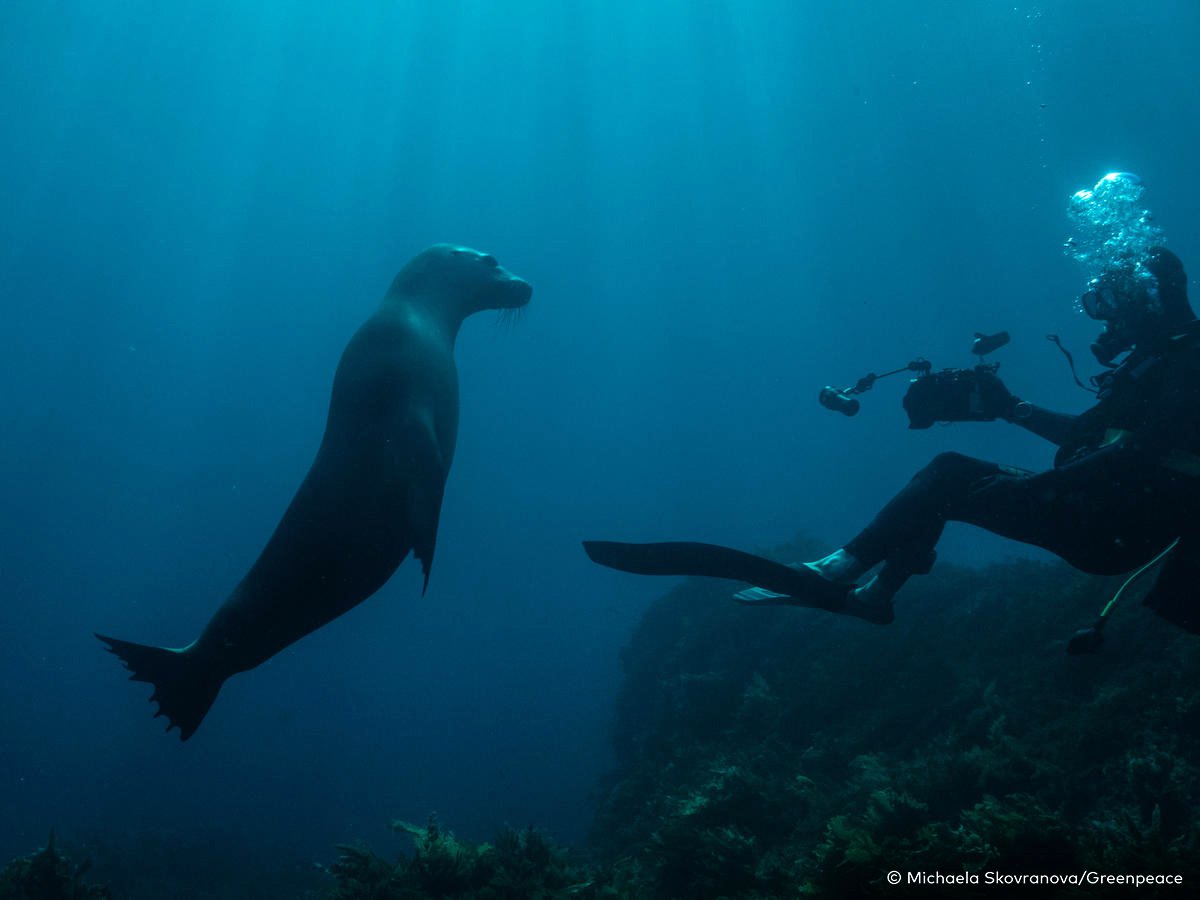 Recently, Greenpeace deployed the Rainbow Warrior III to document the bight’s ecological beauty. A team of conservationists, scientists, and photographers set out to capture underwater scenes of coral reefs, sea weeds, sea lions, mollusks, coral, sea urchins, and various fish — 85% of the species found in the area are not found anywhere else in the world.

The bight supplies around a quarter of Australia’s fish, supports a vibrant eco-tourism industry, and acts as a key buffer against climate change.

The Greenpeace team highlighted the fact that the bight is one of the last remaining breeding grounds for the endangered southern right whale, and around 37 dolphin and whale species rely on the region's unique conditions to thrive. Because of its proximity to Antarctica, the bay receives currents of cold water from the south and warm water from other directions, which allow rare coral reef systems to flourish. 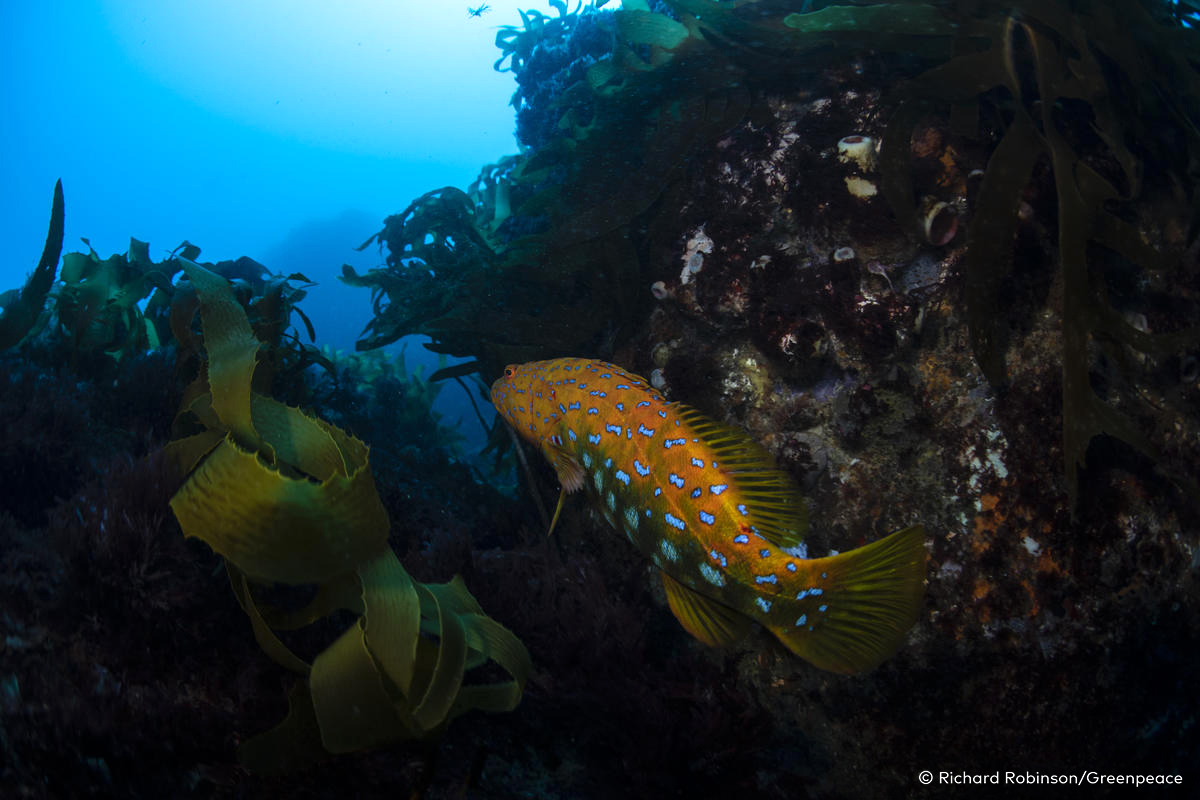 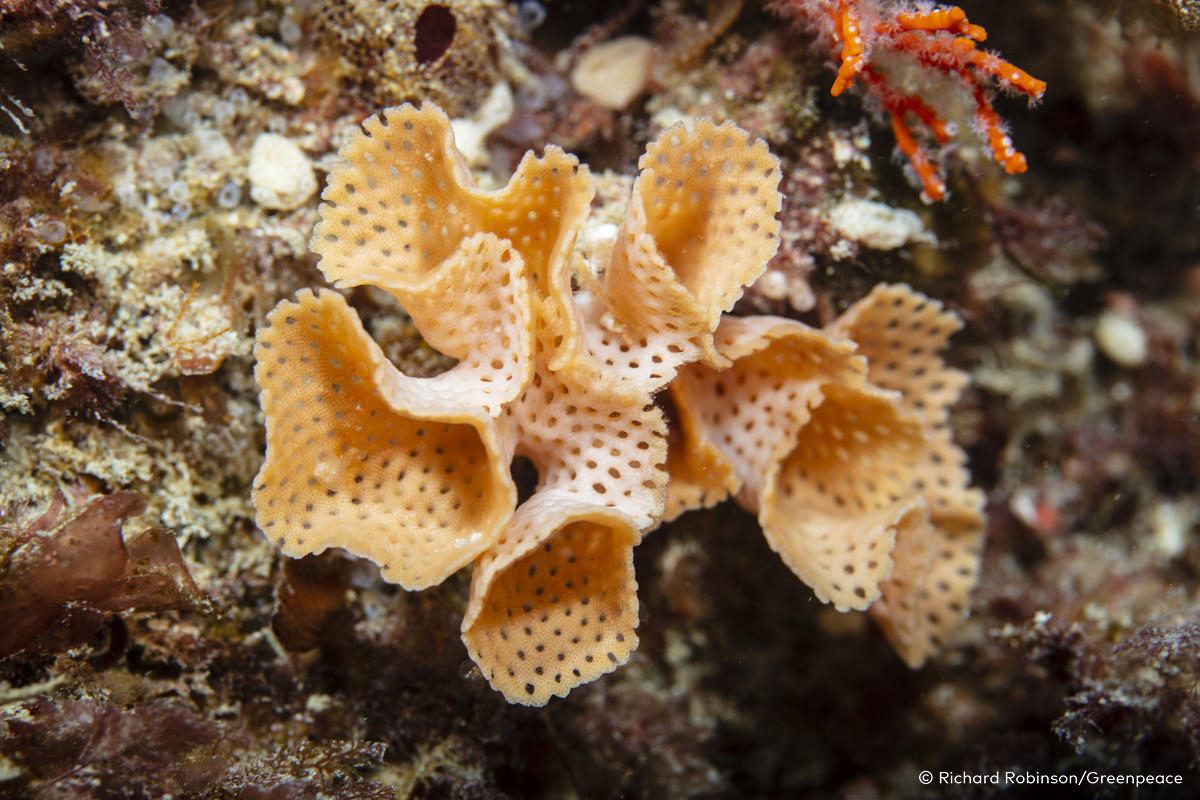 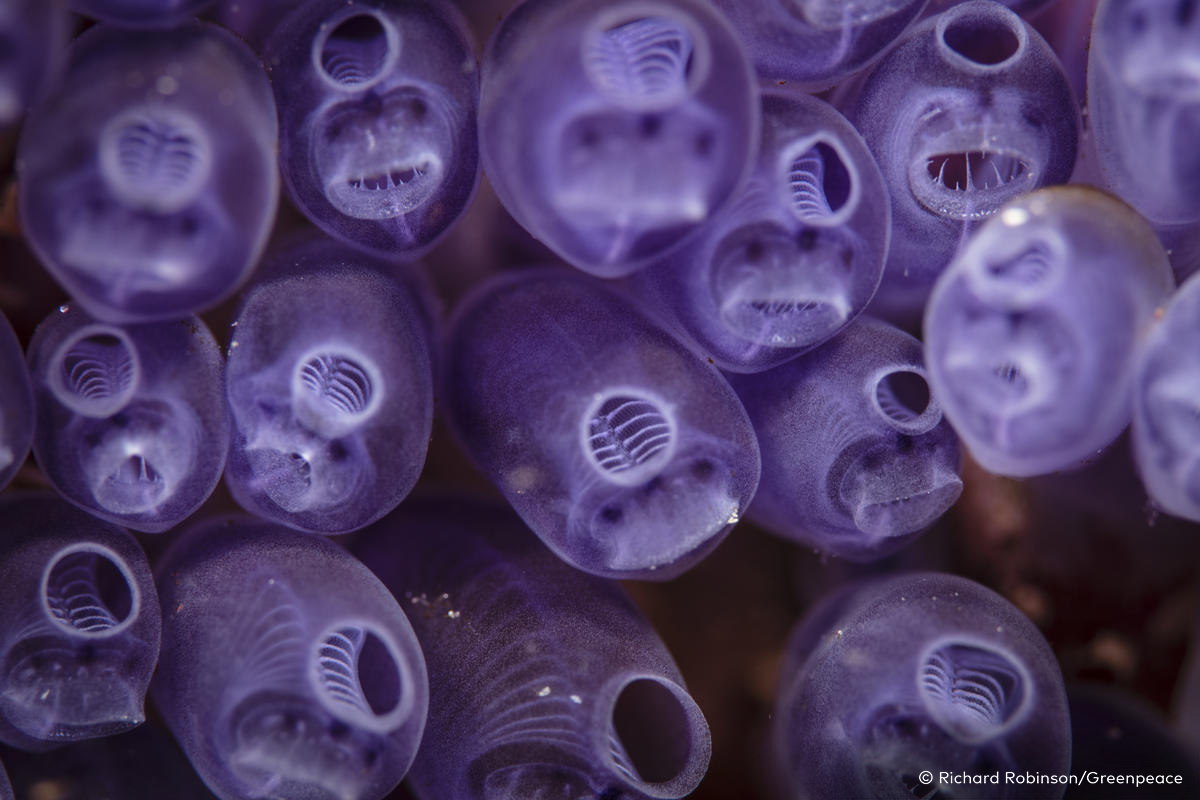 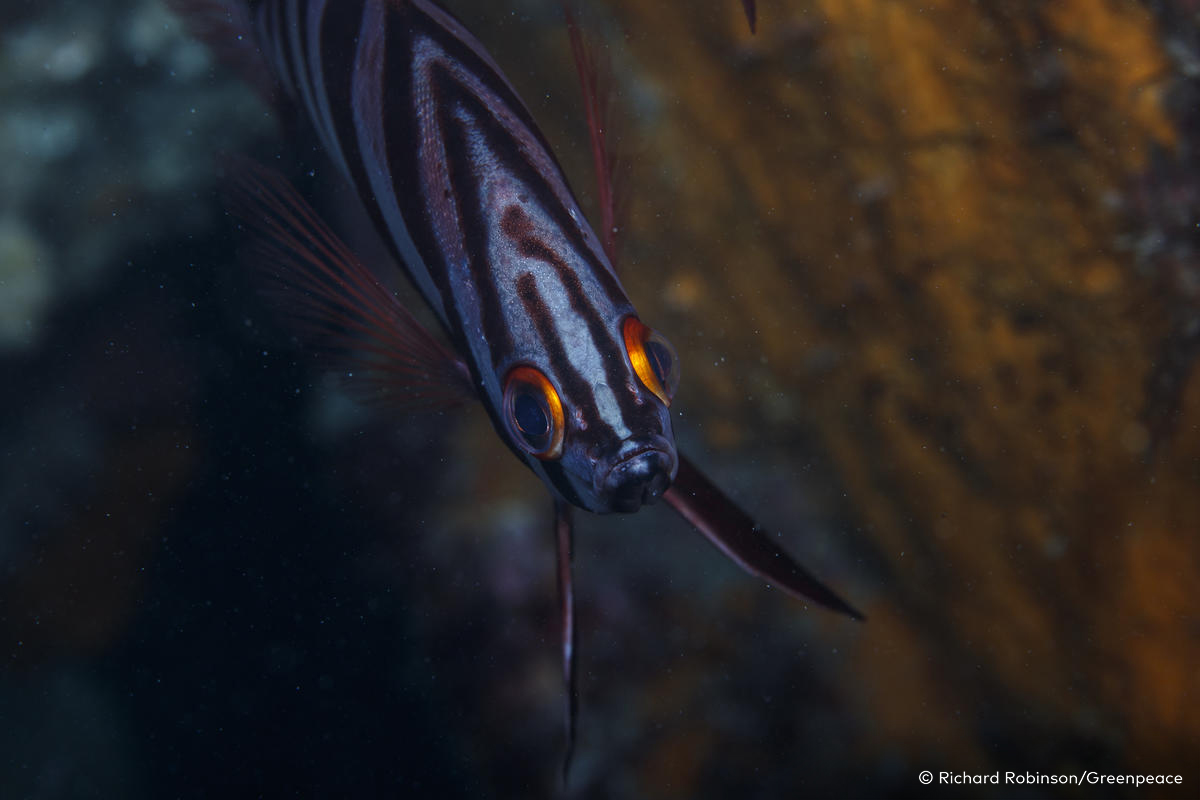 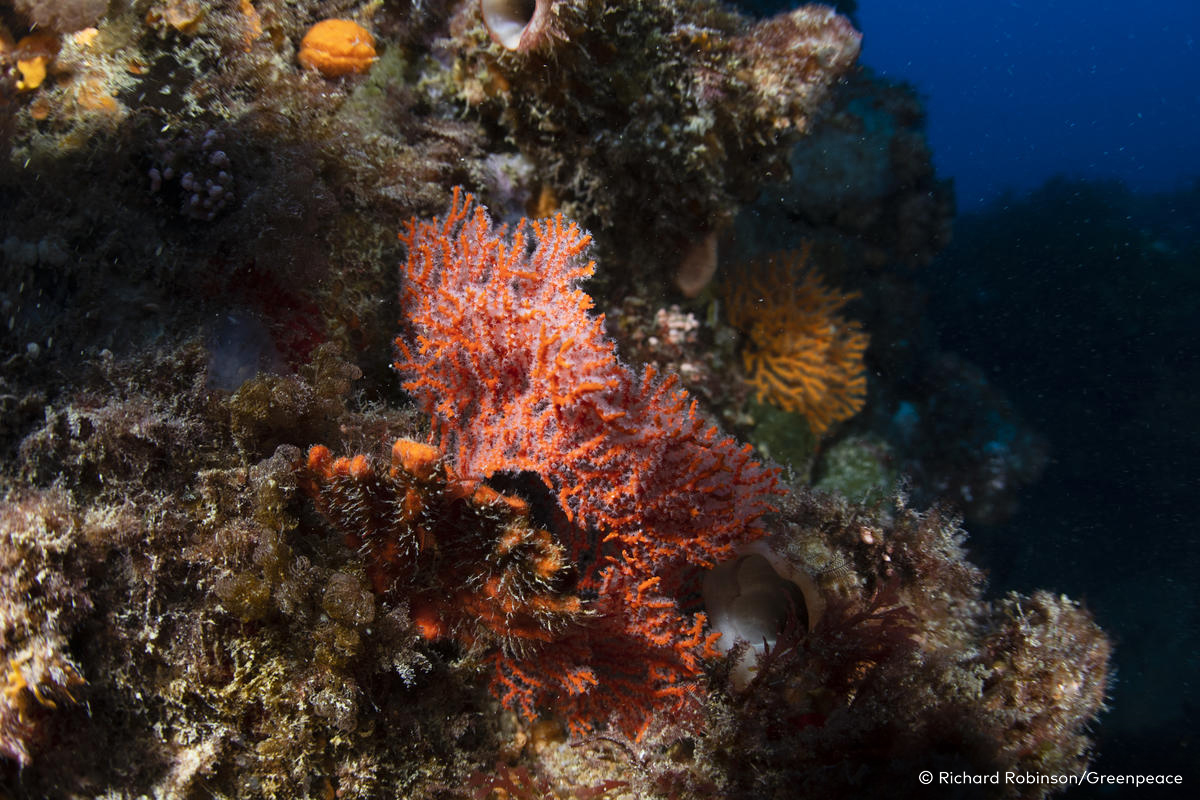 Greenpeace has also been mounting a digital campaign to generate support for the protection of the area and has garnered hundreds of thousands of petition signatures.

The goal, according to Pelle, is to get the government to change course and champion the region's protection, an outcome that could become more possible after the upcoming elections if candidates who support climate action become elected.

“We don’t want to see this pretty amazing and remote place become the Gulf of Mexico,” he added, referring to the 2010 Deepwater Horizon oil spill that caused catastrophic harm to the region.

Read More: Parts of the Ocean Have 40% Less Oxygen Than 50 Years Ago: Report

The case for conservation hinges on a few key arguments.

First, the Great Australian Bight has never been drilled before and drilling operations are likely to face a range of challenges, such as rough waters, storms, and a lack of support infrastructure.

If a spill occurred, then it would be incredibly hard to contain, according to Pelle.

“[The Deepwater spill] happened right in the middle of the oil industry, where you had access to thousands of petroleum engineers, and equipment, thousands of rigs, so there were thousands of bots to work on safety, and that just doesn’t work across the south coast of Australia,” Pelle said.

“It would be impossible to mount a clean-up operation anywhere near the scale that was deployed in Deepwater Horizon, and remember that clean-up didn’t work — it didn’t prevent the oil from reaching the coastline,” he added.

If a spill occurred, then it would likely have a catastrophic impact on a wide range of species and habitats. 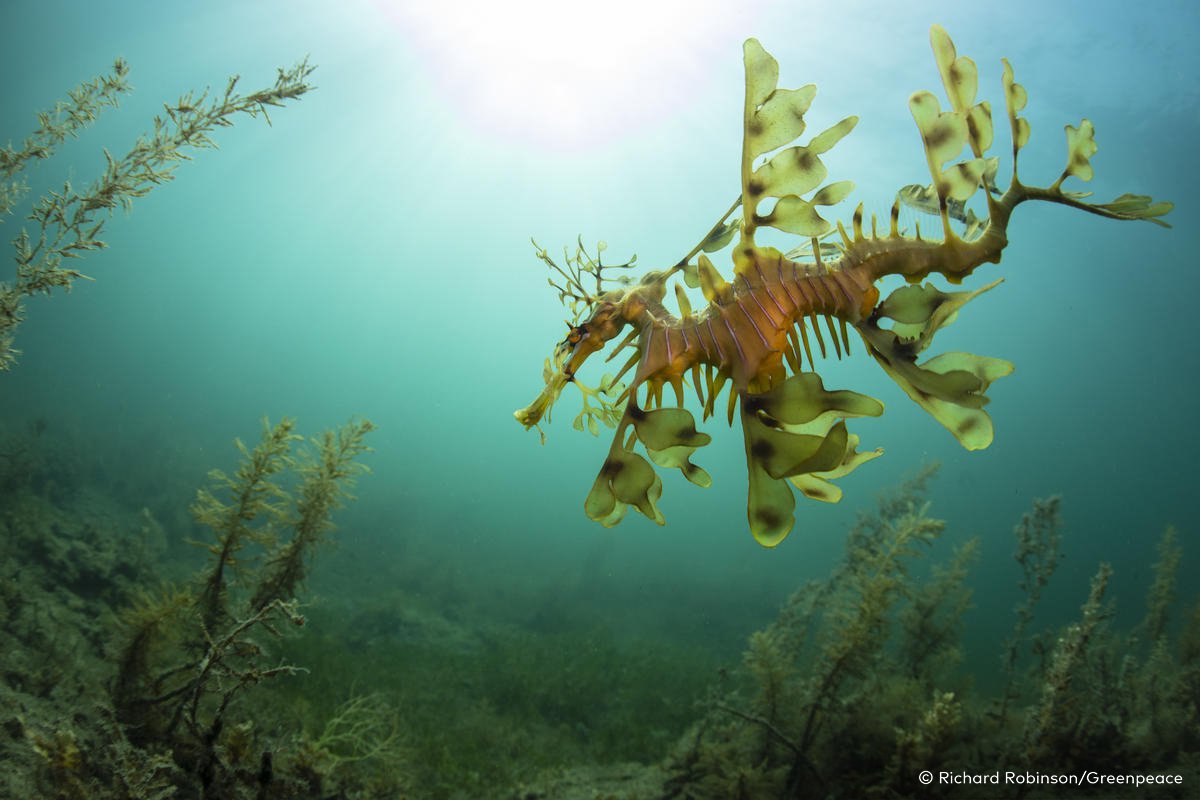 “You could easily see oil washing up on beaches, and that oil, if it comes in contact with whales and dolphins, would kill them,” Pelle said. “If it comes into contact with mammals, sea lions, all of those species would be at risk. The number of animals that would perish could be as big as Deepwater Horizon — or much worse.”

Protecting the Great Australian Bight also fits within the larger framework of climate action revolving around the Paris climate agreement. Rather than searching for new oil fields that would contribute greenhouse gases to the environment, Pelle argues, countries should be aggressively investing in clean energy alternatives to prevent terrible environmental consequences from occurring. 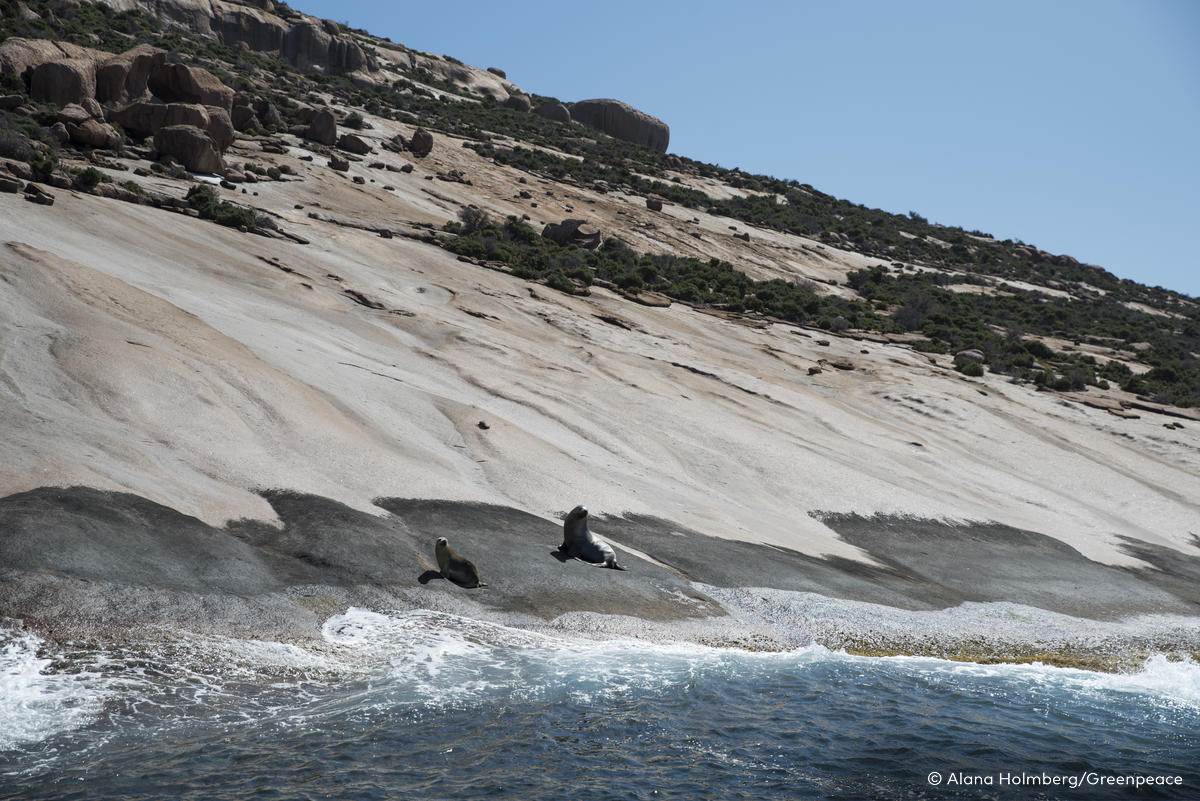 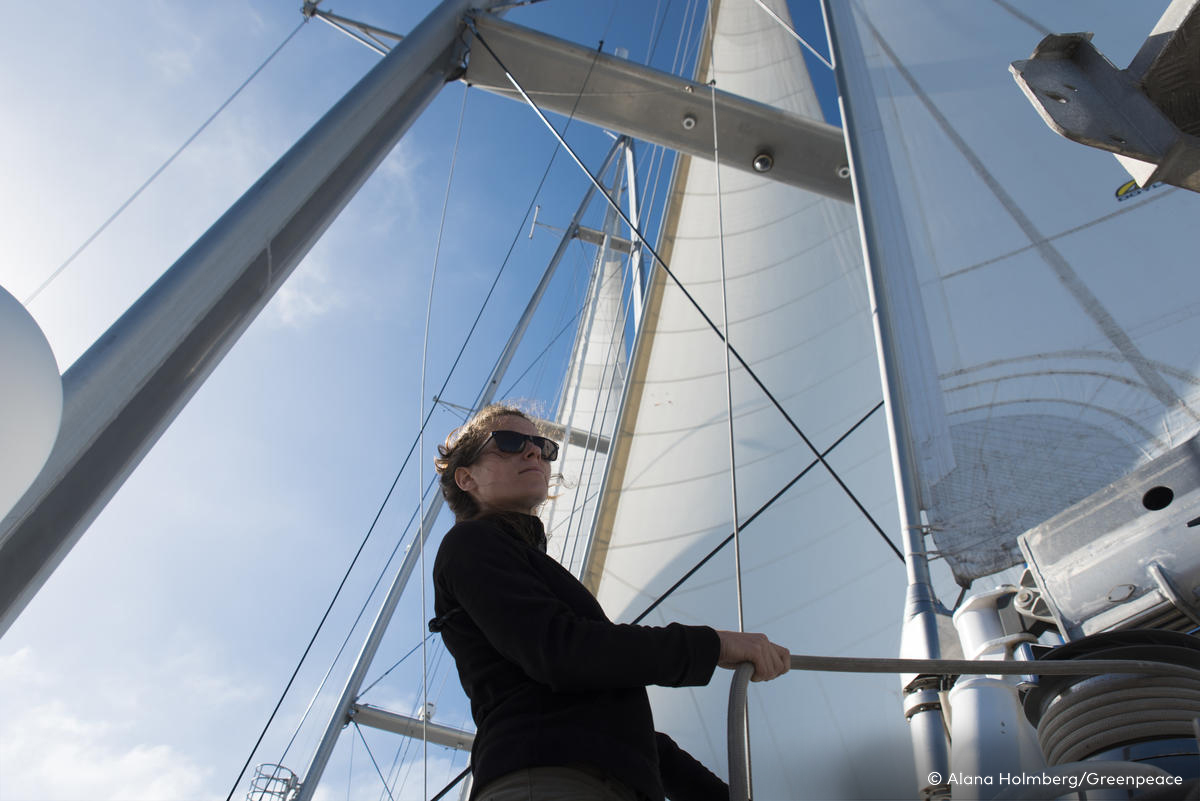 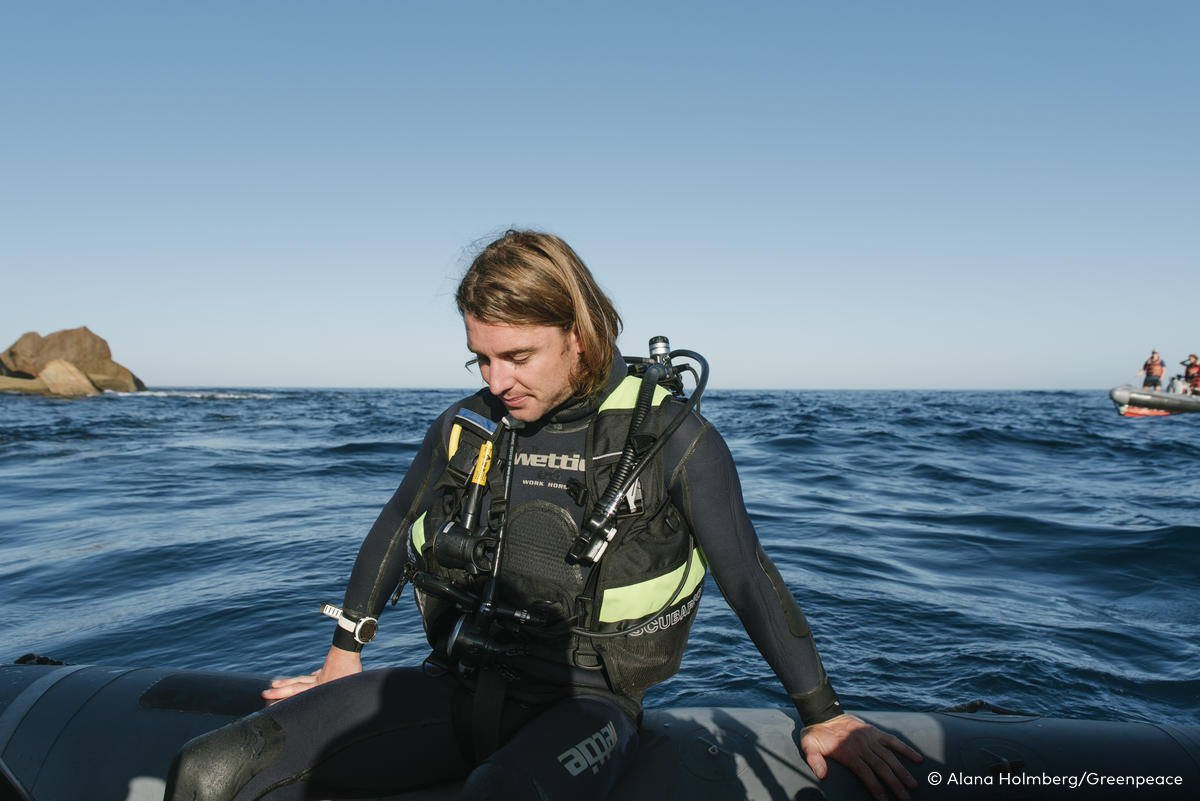 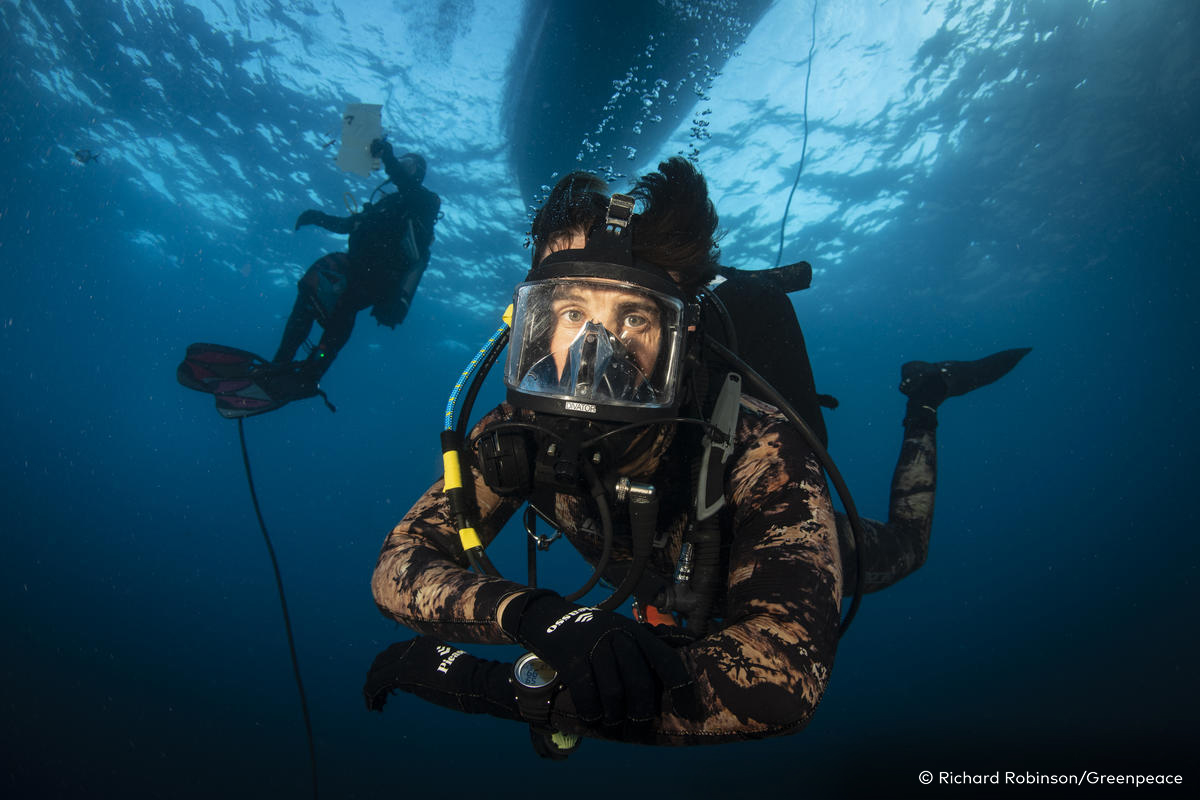 The campaign to halt the drilling could gain a key ally in the surfing community, which travels to the bight’s coastline each year for the area’s famed waves.

“Over the next couple of months the national surfing tournament season is starting,” Pelle said. “So a lot of world’s most famous surfers, Kelly Slater, all here — and we expect that this surfing community is going to be taking this issue forward.

“The idea that these surfing beaches could become covered in oil is pretty astonishing,” he added. 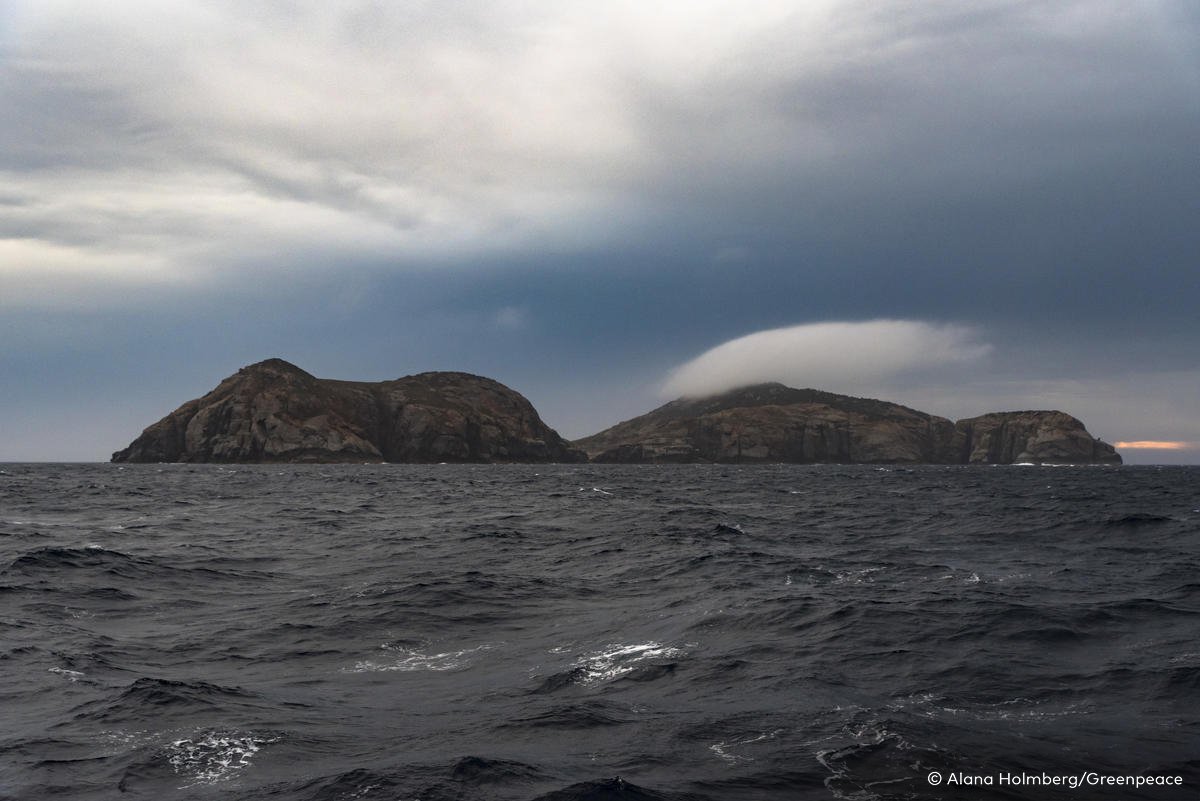