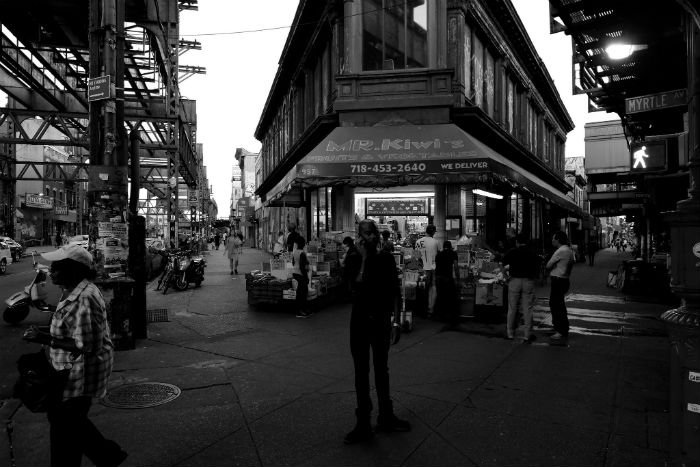 The Bushwick of the 90s reminds me of the hues of blue and green, scrapped subway tracks overhead, pixilated televisuals, and empty spray paint cans in between. On a side street of Myrtle, I noticed a car set aflame, thick smoke of combustible metal, paint, and fuel. And nearby, a factory of women with needles dropping repetitively. Around the corner from the bodega, graffiti of morphing shapes and dimensions layered the walls.

Plumes of smoke loomed in the air in the summer of 2009. As an intern at El Puente, I supervised high school students at a community garden in Southside, Williamsburg. We walked on the soft ground with paths separating the different types of vegetation. Most of us had not had any experience shoveling soil, yet it seemed familiar, like a vague memory of a distant past. 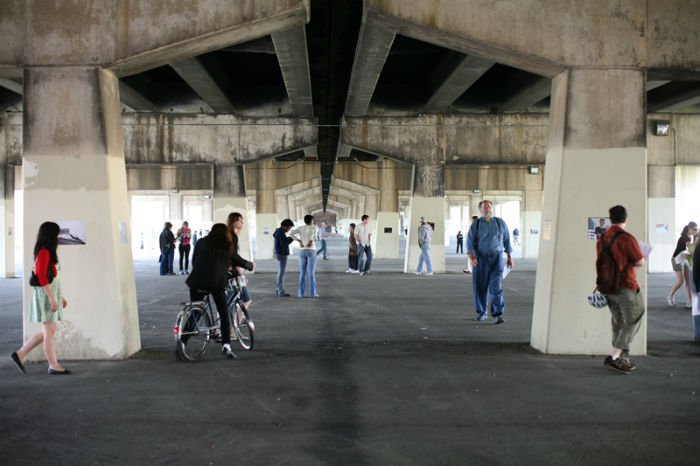 I met my friend Noah, an organizer from Virginia, as well as his friends in Philadelphia in 2013. As we walked down Broad Street into the Point Breeze neighborhood in South Philly, we immediately noticed large sections of undeveloped land, a mix between hard concrete and patchy grass. We happened to pass by the Lian Sheng Tang Buddha Temple and met with local organizers at a restaurant called Hardena/Waroeng Surabaya. We exchanged ideas about community organizing over Indonesian food held in a steamtable. The place was reminiscent of a basement: dim with sunlight barely seeping in from a small row of windows. What particularly interested me was the idea of networking with the Southeast Asian community through outreach to the temple. When the name Grace Lee Boggs was mentioned, we found ourselves in a mutual understanding beyond words. 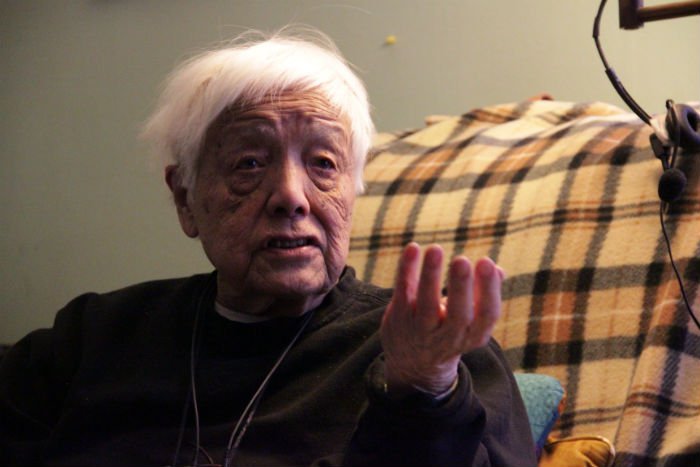 Grace Lee Boggs died at 100 years old on October 5, 2015. She leaves behind a remarkable legacy of political activism as a philosopher, educator, and union organizer. Grace was born in Providence, Rhode Island and grew up in Jackson Heights, Queens, as a child of immigrants from Toishan, China. Her father owned Chinese restaurants in New York City. As one of the three students of color at Barnard College, she became influenced by the German idealist philosophers Hegel and Kant and later went on to get her Ph.D in philosophy from Bryn Mawr College.

"The study of Hegel had helped me to see my own struggles as an integral part of the evolution of the human race. Inside my mind and heart the materialist concept of revolution as chiefly a redistribution of goods, property and power was being enriched by a moral and spiritual dimension," Grace Lee Boggs.

From her involvement in post-WWII socialist circles, in the Black Power and Civil Rights movements, as well as over 60 years of local community-based grassroots organizing in Detroit, she influenced how Americans of different backgrounds engage with politics. In the 1950s, Grace worked with C.L.R James, Raya Dunayevskaya, and other Trotskyists as a staunch advocate for a democracy that better accommodated workers. She married James Boggs, an African American political activist and auto worker, in 1953. During this time, the automobile industry moved away from Detroit, once its economic center, to other regions of the United States and Mexico, creating large populations of unemployed auto workers. In the 1960s in a segregated Detroit, the Boggses championed impoverished black workers and focused their energies on the Black Power and Civil Rights movements. In 1964, Grace unsuccessfully advised Malcolm X to run for U.S. senate, signaling a Northern style of politics for black leadership in cities. She praised the Great Rebellion of 1967, which was the five day standoff between police and community members in Detroit.

Much of Grace Lee Boggs’ later work centered on how to fit workers of color into a framework that had been historically dominated by white people. Additionally, she also recognized the potential of urban spaces as locations for agricultural growth. She embraced a holistic approach to social justice within cities that had lost their economic base of manufacturing due to rapid deindustrialization. Grace stressed that when societies enter new economic frameworks, there is generally a shift in people’s values and consciousness. In the early 1990s, friends of Grace and James established the Boggs Center to Nurture Community Leadership in Detroit to promote community, ecological and sustainable development.

"How can you understand change when you’re always on the move? The most radical thing I ever did was to stay put," Grace Lee Boggs 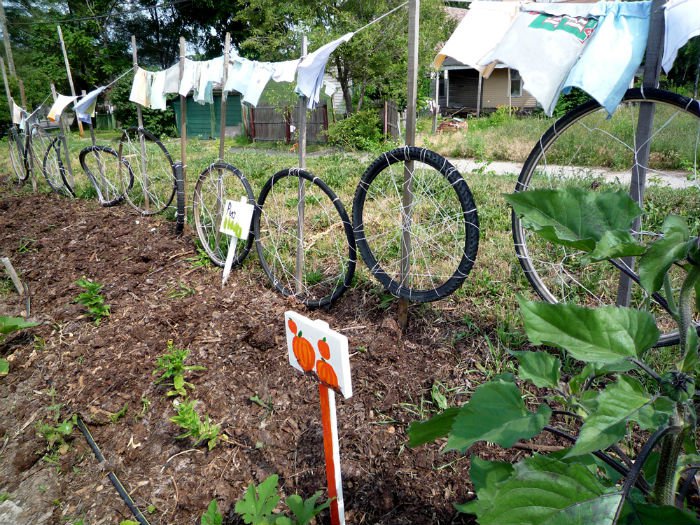 Grace Lee Boggs vision for Detroit, and other evolving cities, was to encourage new social relations between different populations, creating layers within American working class history. Her thinking brought together feminism, Black Power, and environmental justice and was rooted in local community events. Even as digital technology has become an integral part of protest movements, Boggs insisted on maintaining community gardens as places of interaction and intersection, and as a means to reclaim public space.

"The main reason why Western civilization lacks Spirituality, or an awareness of our interconnectedness with one another and the universe, according to Gandhi, is that it has given priority to economic and technological development over human and community development," Grace Lee Boggs. 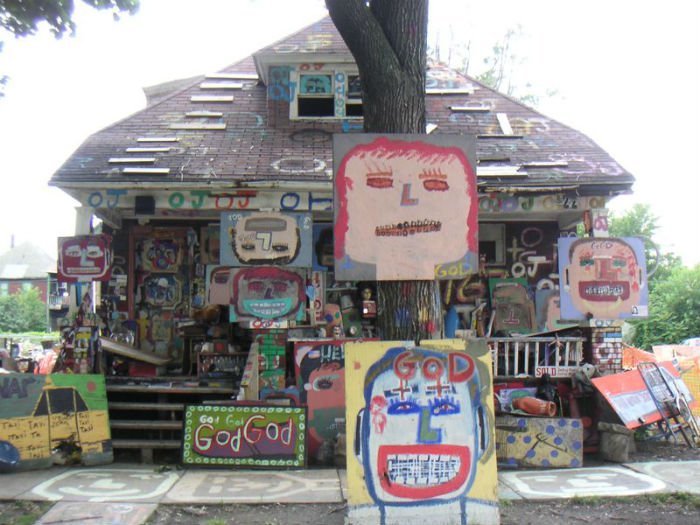 Her ability to stay aware of changing norms was essential to establishing spaces for long-term political thinking. Grace was dedicated to revitalizing civil society through community programs and a commitment to self-transformation. She wanted to change cities from places that thrived on inequality to places that fostered and enabled the livelihoods of all inhabitants. With the rapid social changes occurring globally and the threat of economic depression looming in the air of American cities, Grace’s thinking enriches our understanding of history:

"History is not the past. It is the stories we tell about the past. How we tell these stories - triumphantly or self-critically, metaphysically or dialectically - has a lot to do with whether we cut short or advance our evolution as human beings," Grace Lee Boggs.

Grace’s perspectives are essential to understanding how technological growth changes and informs society. One thing to consider is how the digital world has shaped the various identities people inhabit: whether they are self-constructed, cultural, religious, or sexual.

As someone who has lived in New York City for most of my life, I have witnessed various changes in how “undeveloped” urban space is perceived: whether as a marker of poverty or a community space. As the digital world and post-industrial landscapes alike are under threat from corporate privatization and real estate speculation, urban land use is becoming a space to push against gentrification in working class communities and for the maintenance/memorialization of public culture through graffiti art, murals, and community gardens.

Grace Lee Boggs’ legacy is that an unwavering commitment to economic equality and social justice can adapt as new generations and technology enter the conversation.