And 24 million by the end of the decade. 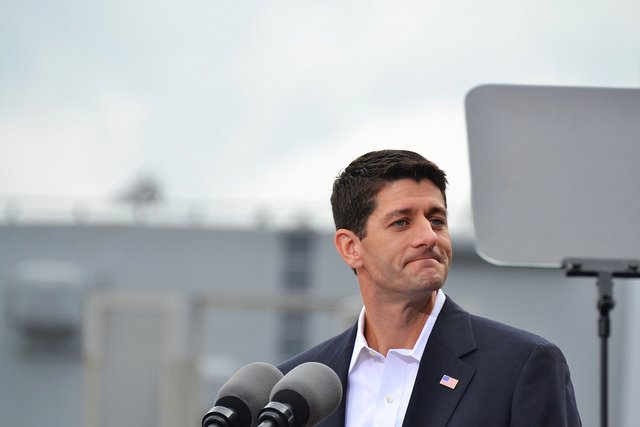 The numbers were released today by the Congressional Budget Office, a nonpartisan office tasked with analyzing budgetary consequences of proposed legislation before Congress votes on it.

Read More: The New GOP Healthcare Bill Cleared a Major Hurdle While You Were Sleeping

The CBO announced that by 2026, a staggering 52 million people would be without healthcare under the new plan, according to Politico. The individuals most likely to be affected would be those who currently rely on Medicaid or tax breaks for coverage and could not afford to buy private insurance.

That is to say, it would impact the poor and vulnerable most dramatically.

The Republican party, which has long said it planned to "repeal and replace" the ACA if elected into power, introduced the plan into the House of Representatives last week, where it cleared two committees on its way to a full House vote. As soon as the plan was unveiled, it faced criticism from many sides, including other Republicans, Democrats, and a slew of healthcare provider groups like the American Academy of Family Physicians, the American Academy of Pediatrics, and the American Medical Association.

Read More: Trump Targets Women’s Healthcare in One of His First Actions as President

Now, Democrats may be able to use the CBO's numbers to convince more Americans they would fare worse under the GOP plan, according to Politico.

The Republican plan would phase out a massive expansion of Medicaid that occured under Obama's law, as well as the individual mandate that required individuals to have insurance and tax breaks to help people pay for insurance, according to The New York Times. Without those components, many individuals who cannot afford the cost of insurance will go without it.

The GOP bill does offer new incentives for individuals to buy insurance, including a new tax credit and a surcharge if an individual goes without it for more than a couple of months, according to the Times.

“Republicans are racing their disastrous health bill forward before the CBO can expose its consequences to the American people, but they can’t hide from the facts forever,” the House Democratic leader, Representative Nancy Pelosi of California, said last week.

The CBO said the plan would save the government more than $300 billion over 10 years, which could make it appealing to fiscal convervatives. President Donald Trump has announced his support for the plan and bragged Monday that it would provide “more choices, far more choices, at lower cost" to consumers.