Why Global Citizens Should Care
The world is making progress in combatting HIV, but there were still 270,000 new HIV infections in South Africa in 2017. Of these 29% were young women aged between 15 and 24 — with some 1,500 young women becoming newly infected every week. Join the movement to ensure everyone has access to adequate healthcare by taking action here.

Lihle Bhebhe, from Nyanga township in Cape Town, first started feeling unwell five years ago, when she was 14.

She put off visiting the doctor, hoping that she would start to feel better on her own.

But, after not seeing an improvement, she went to a clinic — where a nurse suggested she take a series of tests, including an HIV test.

Take Action: Share the Facts and Join the Fight to End HIV!

“I was scared,” Bhebhe, now 19, told UNAIDS. “The nurse explained to me various scenarios and guided me. When my test came back HIV-positive, I met a peer counsellor.”

“She made me believe in myself,” she said, remembering how the counsellor had comforted her and reassured her that a long and healthy life was still possible with HIV.

But when Bhebhe got home, she cried. She didn’t dare tell her mother at first, believing that she had let her down. Over time, however, she has now been able to tell her family and friends.

After first being diagnosed, she remembers, she felt like her HIV status was written on her forehead.

“I feared everyone would know and things would never be the same,” she continued.

Now, Bhebhe has appeared in a series of virtual reality films, created in partnership by Google, UNAIDS, and South African production company Makhulu Media, with the aim of encouraging other young people to get tested.

Despite progress around the world in both reducing AIDS-related deaths and in people accessing treatment, new HIV infections in 2017 in South Africa reached 270,000 — down from a high of 530,000 in 1998.

The country still has 7.2 million people living with HIV — the highest of any country in the world.

“HIV does not define me and it’s important to share my story to help others,” said Bhebhe, about why she wanted to be involved in the project. 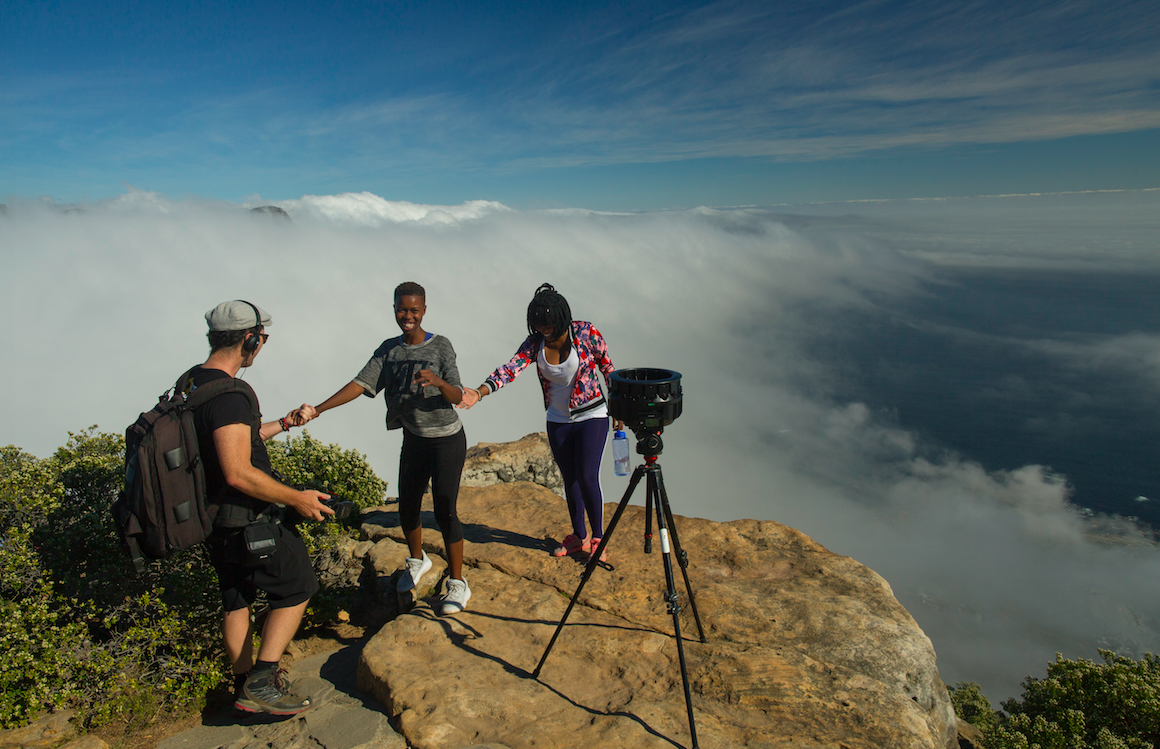 The series of films, filmed entirely in Bhebhe’s home township of Nyanga, has launched on Dec. 1 to mark World AIDS Day.

The films follow Bhebhe on her journey to find out her HIV status — with young people and health workers re-enacting scenarios along the way.

According to Google Programme Manager Sarah Steele, who believes that the potential for VT to produce positive social impact is enormous, the films are a “powerful example of how virtual reality can help change the attitudes and beliefs that underlie from the world’s most urgent social and environmental challenges.”

Viewers travel with Bhebhe from her home to a local health clinic, and can explore different settings through a 360-degree experience.

“We wanted to see if immersive virtual reality films could encourage people to take an HIV test and improve relationships between nurses and young people by helping them to step into each other’s shoes,” said Rowan Pybus, a producer with Makhulu Media.

The aim of the innovative project is to reach young people who may want to know their HIV status, but are afraid or worried about taking an HIV test.

Of the 37 million people living with HIV in the world, a quarter don’t know their status. That’s why the theme of World AIDS Day 2018 is “Live Life Positively — Know Your HIV Status.”

The films also address the fear of a positive test result, as well as HIV-related stigma.

According to UNAIDS, stigma from friends, family, and the community is one of the biggest barriers to young people seeking diagnosis and treatment — including comments like, “Does your mother know you are having sex?” or “At your age, I kept my legs closed.” 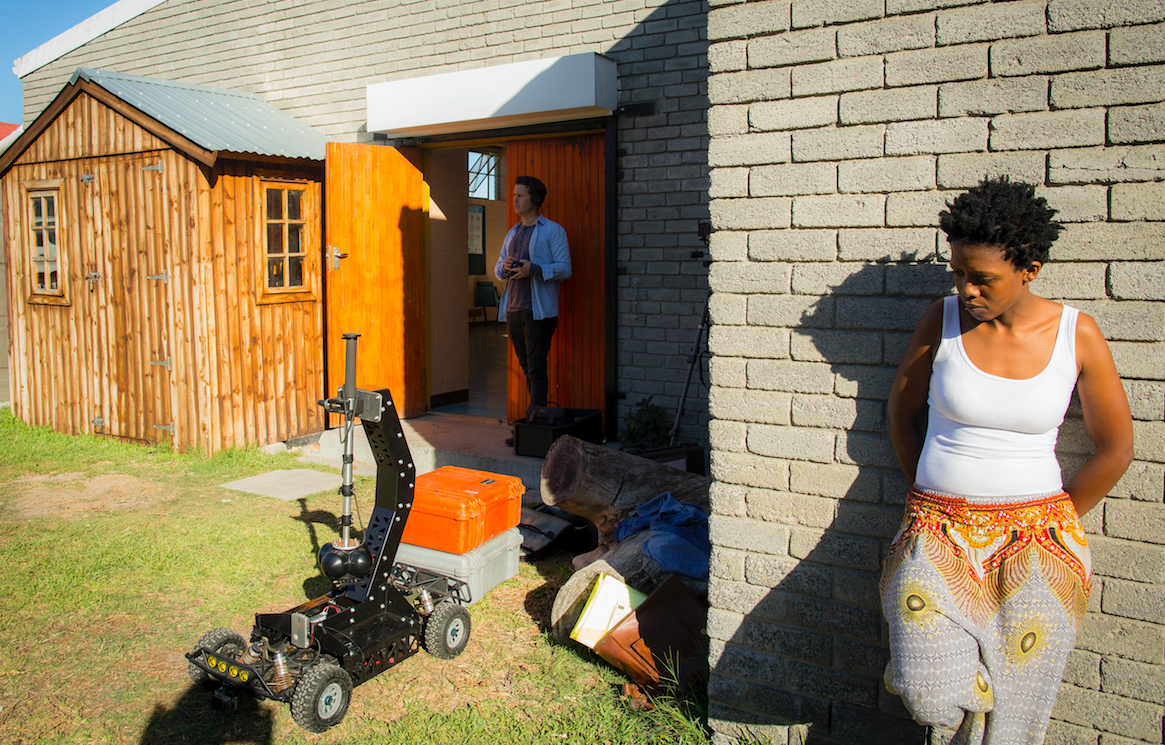 The whole idea of the campaign is to demystify HIV testing, and to take away the stigma and get people talking about why it’s so important to know whether or not your living with HIV.

“HIV is preventable and treatable, but too few young people know their status,” said UNAIDS executive director Michel Sidibé in a statement. “We hope that this highly engaging tool will help to dispel fears and show the simple steps that people can take to find out their HIV status.”

As part of the creation process, the teams carried out workshops with young people, to give them the opportunity to discuss their knowledge of HIV, to share their interactions with healthcare providers, and to describe their own experiences of visiting clinics.

The workshops were led by Makhulu Media, Sunshine Cinema, the Desmond Tutu HIV Foundation, and the Children’s Radio Foundation.

According to Bhebhe, counselling and a peer support group that she joined after being diagnosed have been instrumental in supporting her on her journey.

“We share our experiences and it helps us to overcome our challenges together,” she said.

And it was through the peer support group that she first met Makhulu Media.

“Lihle Bhebhe struck us as a person who, despite great difficulties in life, had come to a place where she wanted to use her voice to address how she felt about living with HIV,” said Sydelle Willow Smith, case study researcher and Makhulu Media co-producer. “There is something to be said about the power of not being afraid to use one’s voice.” 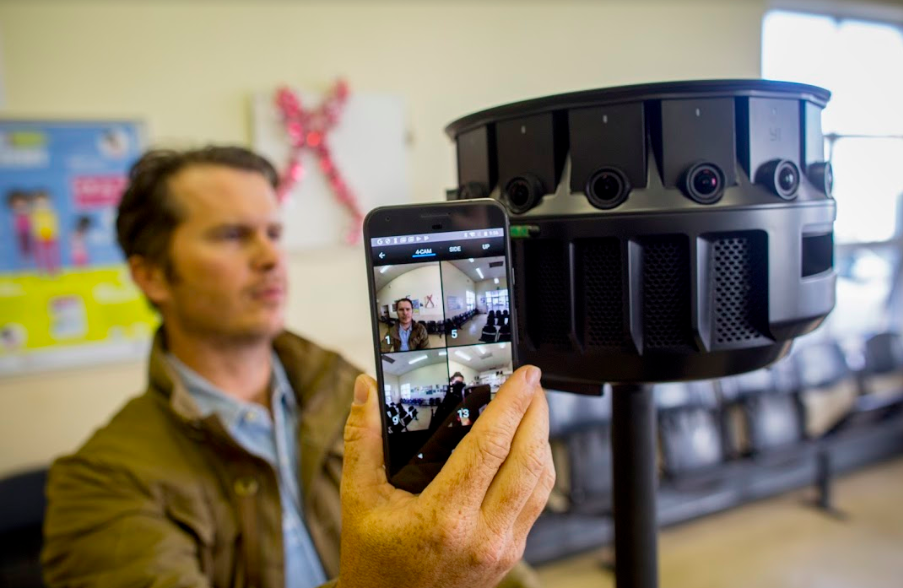 “The data coming back from the study we have commissioned are very positive,” Smith added. “The youth and healthcare workers involved in the film believe that having the films played to people in waiting rooms in clinics would be very useful.”

The films are now being rolled out in clinics, schools, and communities in South Africa.

Meanwhile, Bhebhe has just finished grade 12 at school and is taking her medicine daily.

It’s particularly important to highlight the narratives of young people, and young women like Bhebhe especially.

Young women aged between 15 and 24 make up 29% of new HIV infections in South Africa, according to UNAIDS — with some 1,500 young women becoming newly infected every week.

There is a link, it said, between violence against women and HIV infection. Violence, along with a lack of education and job opportunities, makes adolescent girls and women vulnerable.

But by enabling and supporting young women and girls in accessing diagnosis and treatment, healthcare, education, and self-determination, change happens. Good health, including access to healthcare, enables women to thrive and grow.

Behbe now wants to get married, have children, and live a positive life.

“Through this journey, I know I will succeed,” she said.