Victims of sexual exploitation are women and girls from the world's most marginalized communities. 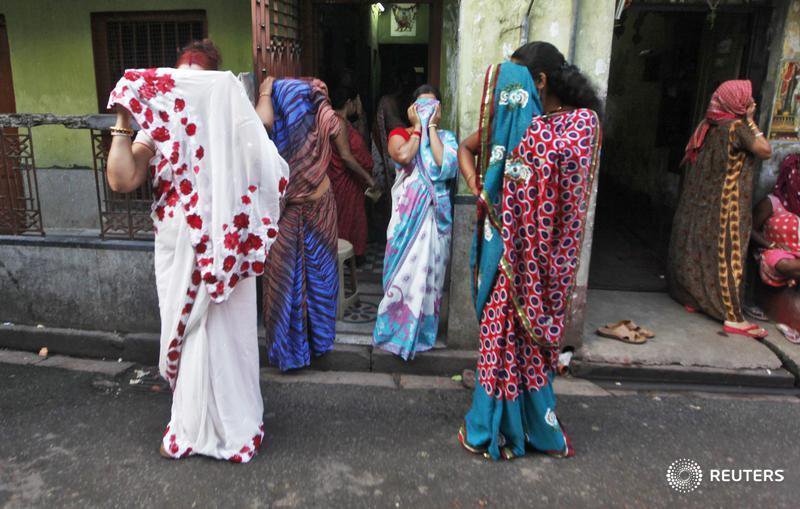 "Always you will find it is people who are from the most impoverished and most disadvantaged communities, who are drawn into prostitution."

NEW DELHI, Jan 30 (Thomson Reuters Foundation) - From indigenous Canadians to tribal women in India, most victims of sexual exploitation are women and girls from the world's most marginalised communities, activists said on Monday, calling for an end to prostitution and the global sex trade.

Sexual slavery is widespread in these communities, whether in poor districts of the United States or townships in South Africa, where deprivation leaves women and girls vulnerable to exploitation.

"Prostitution exists everywhere on this earth because of the male demand for it, and a woman's position in prostitution is simply a response to these dire circumstances," Rachel Moran, a sex worker-turned-activist told a conference on sexual slavery.

"Always you will find it is people who are from the most impoverished and most disadvantaged communities, who are drawn into prostitution," said Moran from the charity SPACE International.

From a deprived community in Ireland, Moran was forced into prostitution at the age of 15 and held in sexual slavery for seven years.

While sex work is illegal in most countries across the world, it exists everywhere. There are an estimated 40 million sex workers globally, according to a 2014 report by the French charity Fondation Scelles.

Prostitution abolitionists say most are victims of human trafficking and have been lured, duped or forced into sexual slavery by pimps and traffickers, largely due to their poor socio-economic status.

Once victims become trapped in sexual slavery -- be it in brothels, on street corners, in massage parlours, strip clubs or private homes, say activists, it is difficult for them to leave.

For many it is the threat of physical abuse from their pimp which keeps victims in prostitution, but some stay of their own accord - ostracised by their family and friends, and with no one to turn to for support.

"While we operate in different countries, very clear and common themes emerge," said Sarah Benson, Chair of the Coalition for the Abolition of Prostitution (CAP), an alliance of charities working in countries such as India, France, Ireland and South Africa.

Soni Sori, an Indian tribal rights activist, talks about the sexual exploitation of tribal women in the central state of Chhattisgarh at the Second World Congress Against the Sexual Exploitation of Women and Girls in New Delhi on Jan. 30, 2017. Nita Bhall

"This include the background and profile of those in sex trade, the circumstances which draw them in, the tactics of pimps and traffickers, the patriarchy, the racism, the gender bias - all of which are sustaining a thriving global sex trade."

The two-day conference is organised by CAP International and Indian charity Apne Aap, bringing together 250 civil society groups from 30 countries to share experiences and strategies to end prostitution across the world.

The conference had been titled "Last Girl First" because the most deprived and forgotten girls were victims of prostitution, said Ruchira Gupta, Apne Aap's founder.

"It is always the most vulnerable person who is the victim. This is because she is a woman, she is poor, she is from a low caste or she is a teenager," said Gupta.

"We want governments to acknowledge this and support their upliftment and their rights... We must put the 'last girl first' and there should no compromise on this."