What is Global Goal 7?

When I think about energy, several memories from a recent trip to South America flood my mind.

I instantly remember witnessing the horrors of oil-drilling in the Amazon. I remember wandering for hours through the dark streets of a small beach town in Brazil that was experiencing a long power outage. I was starving, and I watched with deep sadness as all restaurant owners, used to this frequent occurrence, locked their doors for the night.

On the flip side, energy accounts for around 60% of total global greenhouse gas emissions. And the use of fossil fuels for energy is contributing to the destruction of rainforests, the displacement of indigenous peoples, and large oil spills in the ocean.

Global Goal 7 is about finding a healthy balance between ensuring universal access to energy and limiting energy’s contribution to an unhealthy environment and climate change.

Specifically, the goal seeks to improve access to energy, increase energy efficiency (aka get more out of existing resources), and increase the use of renewable energy sources (wind power, solar power, hydropower, etc.).

Has any progress been made?

The short answer is...yes! In fact, progress has been made in all three areas.

The development of new infrastructure and deployment of innovative energy products has improved access to energy in vulnerable areas. For example, Husk Power Systems has been able to provide power to 25,000 Indian households through biomass based mini-power plants that use discarded rice husks. And a company called SunWater is working to improve the lives of 50 million people in developing countries by providing an affordable solar water irrigation system for farmers living in poverty.

According to the International Energy Agency, energy efficiency improvements over the last four decades have lowered energy consumption in 29 countries by 60%. And since 2001, investments in energy efficiency have prevented over 1,700 million tonnes of oil from being consumed.

Renewable energy continues to be the fastest-growing power source. The International Energy Agency predicts that the electricity generated by renewable sources is expected to surpass that from natural gas and double that from nuclear power by 2016.

Who are the leaders on Goal 7?

When it comes to energy efficiency, Germany comes out on top.

The American Council for an Energy-Efficient Economy analyzed 16 major economies in categories related to public policy and performance and gave Germany the top score for its mandatory codes on residential and commercial buildings. Italy came in second for its efficiency in transportation, and the European Union as a whole came in third place. 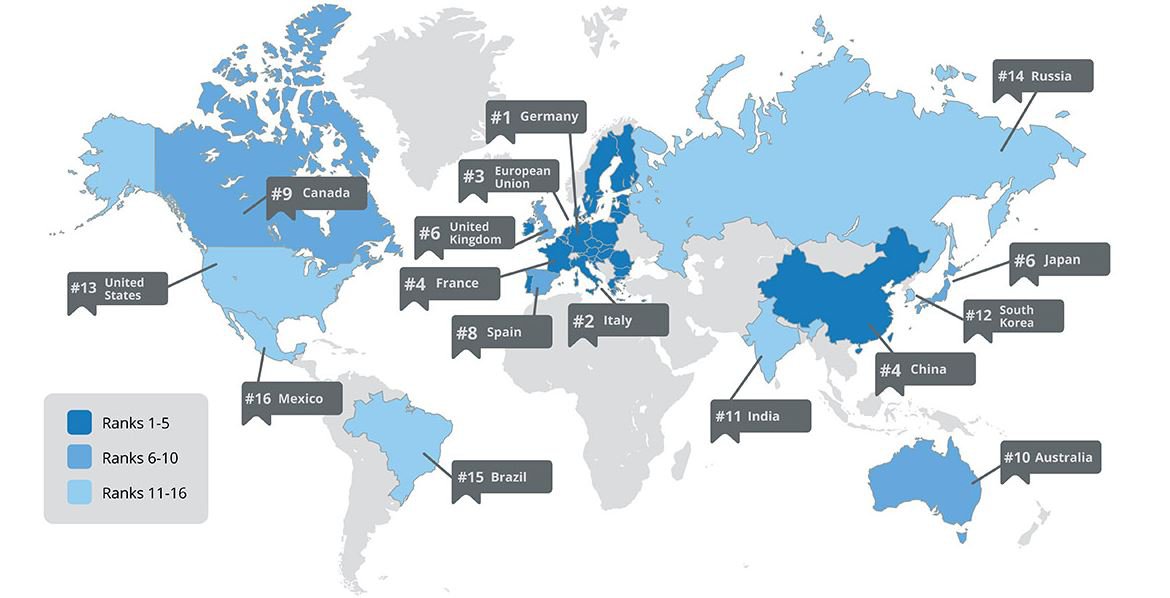 As for renewable energy, the winner is...Germany (again!)—but only when compared to other G20 countries. Together, these countries produce ~80% of the world’s electricity, so it’s still a big deal! 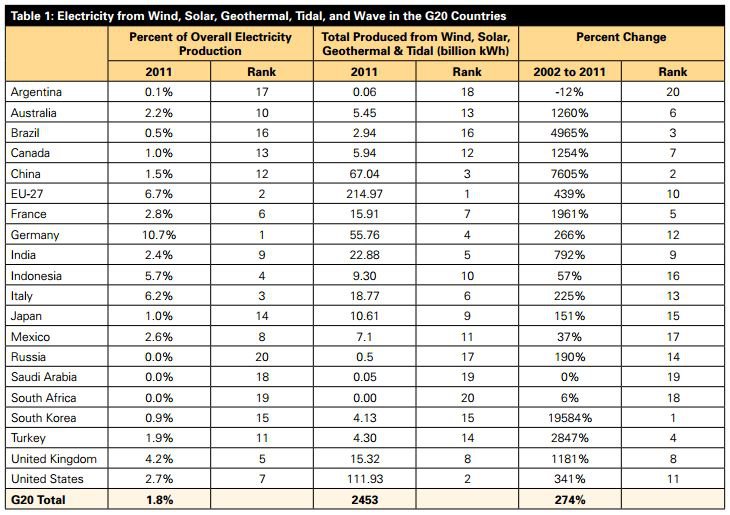 It wouldn’t be right to move on without giving a shout-out to a few outstanding countries that aren’t part of the G20. In 2011, Spain, Portugal, Iceland, and New Zealand actually produced more than 15% of their electricity from renewable sources.

How will the world continue to make progress?

In 2011, UN Secretary-General Ban Ki-Moon launched Sustainable Energy for All, a global initiative that seeks to mobilize action from all sectors of society.

Sustainable Energy for All has generated significant momentum since its launch. Both developed countries and more than 85 developing countries have partnered with the initiative to advance the three objectives on the country level. Over 50 High Impact Opportunities have been identified, and governments, the private sector, and multilateral institutions alike are mobilizing resources in support of the initiative’s three objectives.

There’s plenty you can do when it comes to promoting affordable and clean energy. For example, just keeping your tires properly inflated can lower your overall vehicle fuel consumption by 5%!

You can improve your energy efficiency at home by replacing old appliances with energy-efficient ones, unplugging appliances when they’re not being used, turning down your refrigerator’s temperature to 37 degrees Fahrenheit, and switching to fluorescent lighting.

And, of course, purchasing a car with good mileage will help reduce carbon emissions. Even better--walk, bike, carpool, or use public transportation whenever possible!

Want to do even more? Try investing in innovative products that can be used to improve universal access to energy around the world. My colleague’s recent article about crowdfunding highlights several products that serve this purpose (hint: one uses gravity to generate light!). Or support policies that encourage investment in energy efficiency or renewable energy sources.

Investing in affordable and clean energy has the power to lift millions out of poverty by affecting climate change, economic development, public health, and more.