Never underestimate the power of music to create change.

The connection between the interests that brought the two of them together — music and environmental conservation — also isn’t obvious.

Paullin, who was an avid musician and outdoorsman growing up in Virginia, became involved in environmental conservation in Africa after college as a crew member on the National Geographic Okavango Wilderness Project in Botswana, which focused on conservation efforts.

There, he got the idea to combine his two passions, protecting the environment and making music, which he had always been told were not compatible.

“I had people on both sides saying you’re just going to have to pick one. You can try and do [conservation and music] and juggle them, but you’re never going to make an impact,” Paullin told Global Citizen. “I never resonated with that.”

The organization helps musicians secure funds, put together concerts, and record music. Paullin and his field team, which includes photographer Bryan Murphy and production manager Chris Volosevich, are also currently working on a documentary about the impact of local music on climate change messaging — a project that’s supported by National Geographic.

That’s what led him to local climate change activist Chris Ranthithi, who is just one of numerous activists and musicians that Paullin works with to create and disseminate music that tackles climate change.

Paullin contacted Ranthithi after the latter posted a vlog about climate change on YouTube.

“When [Paullin] explained to me the concept of Conservation Music it just clicked,” Ranthithi told Global Citizen via Skype. “My next idea with Alex is that we make a music video. We just make this as local as possible and then we throw in the climate change message.”

In Lesotho one in two people live below the poverty line, according to the United Nations Development Program, and climate change threatens local agricultural and water systems, the backbone of the small country’s economy. 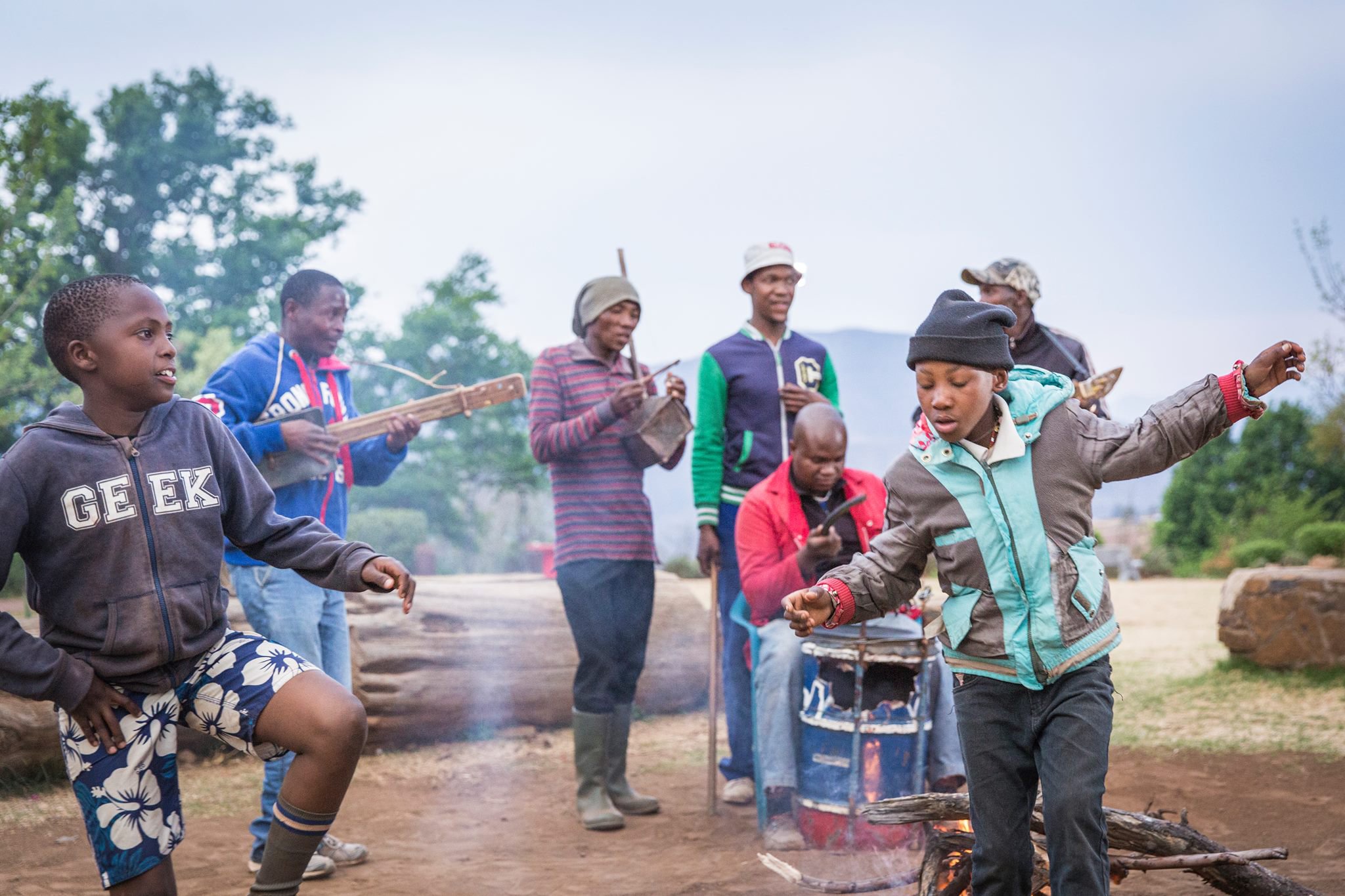 Basotho, Ranthithi explained, are only aware of climate change so far as it affects their farming, but lack information about new ways to grow the economy. The music video the pair are working on together could change that.

Not only that, but Paullin believes that songs like the one he’s producing with Ranthithi could have both a local and global reach.

“With a little bit of context a song about erosion in Lesotho can have just as much of an impact in Nepal or Peru,” Paullin said. “That’s the dream, and the fact that young people are already starting to take up the torch, of their own accord, it’s so inspiring and it’s humbling and honoring.”

Global Citizen spoke with Paullin about his innovative project:

How do you make people aware of your project on the ground?

We produce these recordings with the musicians. We license everything that we do with creative commons. It’s a nonprofit organization, we’re not trying to make money off of the music. We’d rather have people sing it and share it as far and as wide as possible. So we distribute that to radio stations, we make music videos to distribute to television stations.

We’re starting to form partnerships with pre-existing environmental programs on the TV and on the radio who already have the time on the air to be able to broadcast this stuff.

We’re planning a roadshow now. This is obviously still a more expensive thing, but we want to be able to do screenings by traveling around and projecting these videos.

Have people been receptive to your messages?

Yes. We get people singing along to these songs. We did a song about erosion called Ngope La Musi in Malealea here in Lesotho 2.5 years ago and I still go back there and the local band is still performing that song and there are people who recognize me, who still come up to me and remember those words.

So the retention of the message by putting it to a beat and a melody is definitely real. It’s definitely helping people remember these things, get excited about these things, think also about these things in a new way. [Things like climate change, drought, and erosion] are very negative occurrences — but people are able to see them in a hopeful light by doing this music.

We’re able to empower people to realize, “Okay, I have this information now and I’m going to act on that and create a more positive future for myself and my village.” 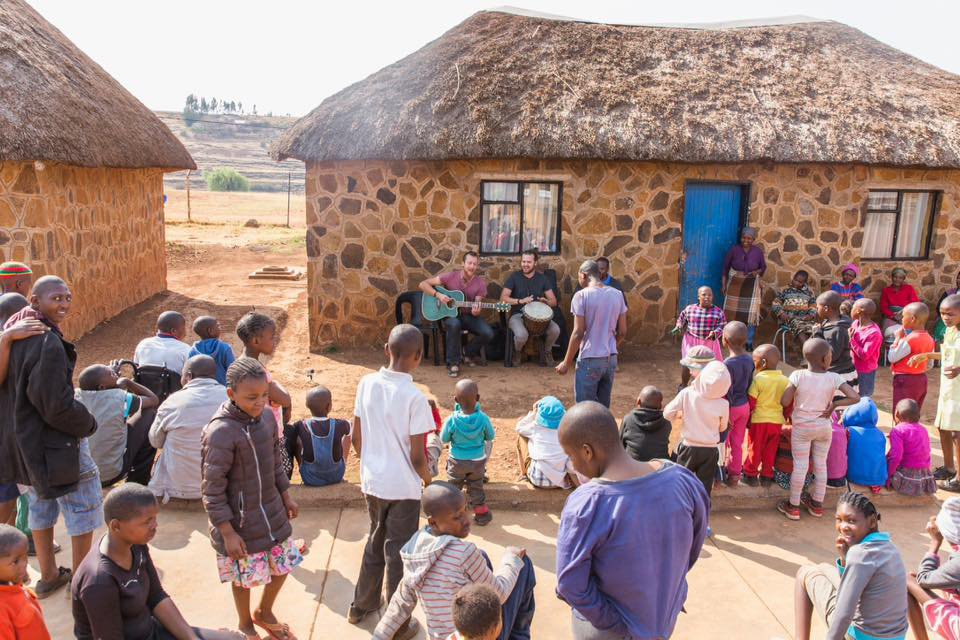 Have you worked at all in the past with local elected representatives and policymakers?

Working with policymakers in this part of the world can be very complicated.

Up to this point we’ve focused on the grassroots. There are major NGOs constantly executing and publishing research studies. Those organizations are designed to find information, find funding, inform policymakers, and push for top-down solutions in the political world and the private sector. That’s not really what we’re designed for. It’s not really our mission. Our mission is to reach the people who need it the most and then turn those messages around and share them with the rest of the world.

We reach the village with our grassroots change. We can turn that around and bring that to the politicians. They’re hearing it on the radio, they’re seeing it on the TV. Then we share it with the rest of the world.

Outside of Lesotho, what are some of the other countries you work in and what challenges do those countries face?

Botswana was another one of the key countries in the founding and evolution of this thing. Botswana is a desert country. It’s also a massive haven for wildlife. But this does lead to conflict and there’s poaching, although they’ve got a pretty good situation, conservation-wise, in Botswana. The Okavango Delta is a world heritage site that’s very well protected. The country of Botswana is in one of the best conservation positions in all of Africa, maybe the world.

But that being said, a lot of the conservation work in that country is being done by foreigners. A lot of the passion for places like the Okavango Delta is held by foreigners. There’s an existing culture of conservation there, but it’s not universal and there’s still a lot of room to bring people on board with that environmental consciousness. 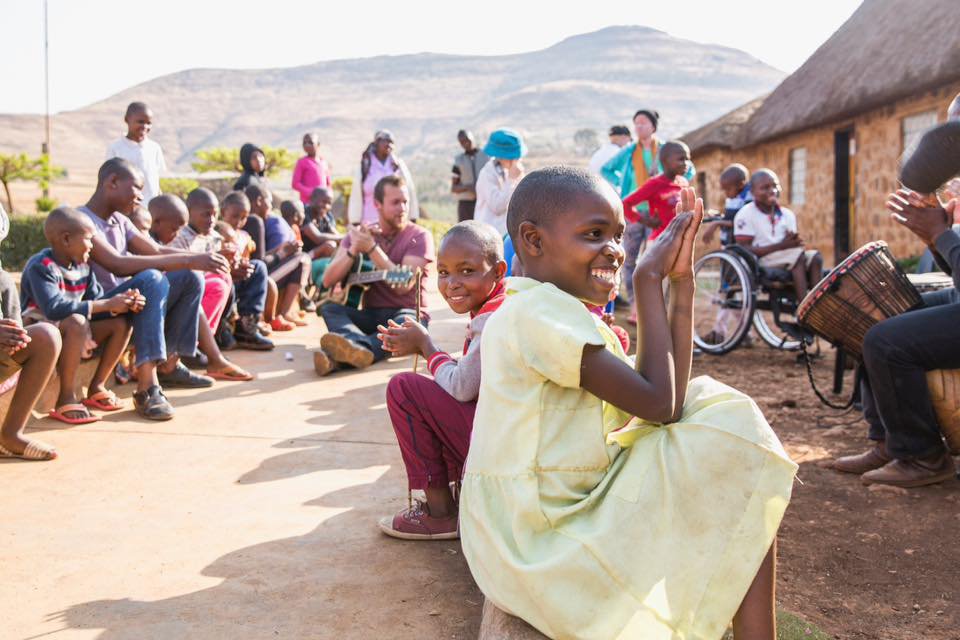 Zambia is another. Zambia is a pretty major victim of desertification, deforestation. Charcoal burning and clear cutting for agriculture are both major issues there that are contributing to that problem. It’s also a wildlife spot. A lot of animals from Botswana might go to Zambia and then be killed.

However, in Zambia there is definitely an environmental consciousness. There are a lot of young people passionate about this. Just last night, and even now I’m speaking with a group of students at Zambia Open University [who] reached out to me and said, “Hey, we want to start a conservation music team, what do we do?”

So, there’s Botswana, Zambia, Swaziland, Angola. We’re starting to do some stuff in South Africa.

Anything else you want to add?

It’s really incredible and inspiring. My plan for this thing was to drop stones in the water and form ripples everywhere we go — to create a self-sustaining movement everywhere we go, to register local organizations, give opportunities to local musicians, producers, and videographers and other people passionate about these things.

It seems like we’ve actually passed a handful of stones into the pond now, or at least it’s beginning to seem that way.

The dream for this thing is that we’ve got musicians all over the world, and lovers of music, and lovers of the environment, all over the world coming together, forming these movements, creating these songs, grabbing these messages in every language and every musical style around the world. Music really does become a powerful force to fight for our planet. The dream is that these educational songs are going to be reaching thousands and thousands of people around the world.

That’s the dream, and the fact that young people are already starting to take up the torch, of their own accord, it’s so inspiring and it’s humbling and honoring. 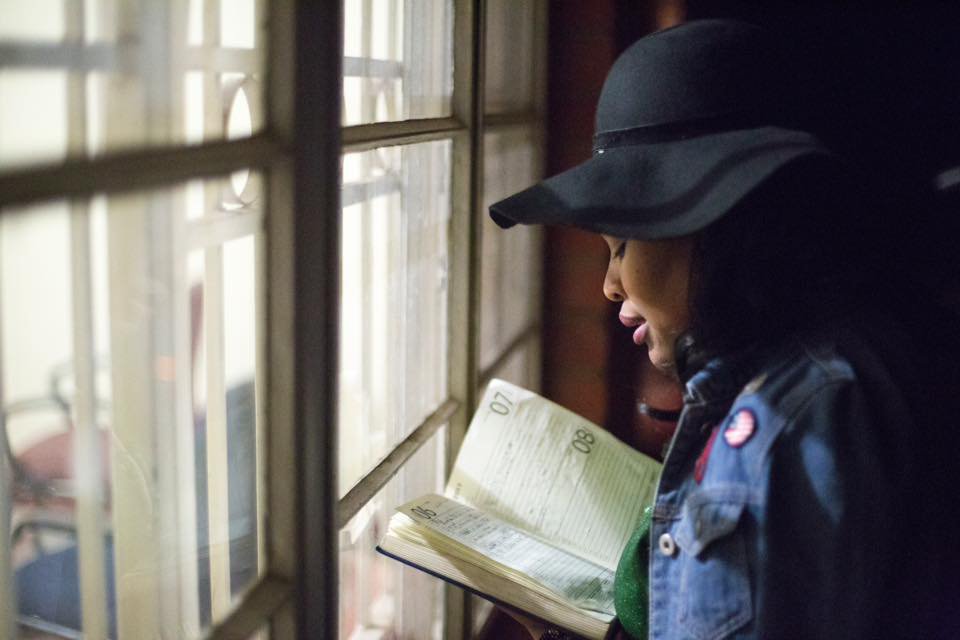