For the 2.4 billion people without a toilet. 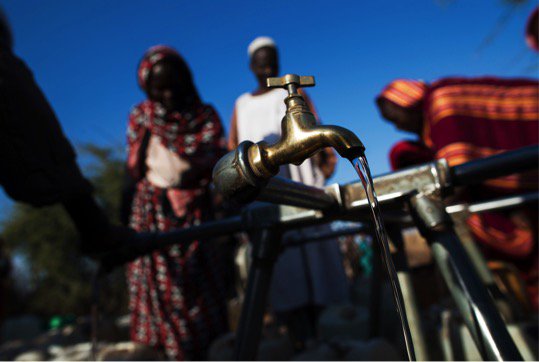 South Africa led the charge this World Water Day for the 663 million people without access to clean water and the 2.4 billion without a toilet. Starting March 22, the government of South Africa hosted a three-day event to address the leading challenges of the global water and poo crisis.

During the Pivot Event in South Africa, Global Citizen partnered with the Water Supply and Sanitation Collaborative Council (WSSCC) to host a dynamic and interactive panel discussion between high-level speakers, technical experts, and Global Citizens themselves, to “Talk Toilets” and address the sanitation crisis. Global Citizen’s event in South Africa focused on the treatment of toilet water and its waste because a huge part of the poo crisis is making sure our water is not contaminated by poo (also referred to as fecal sludge management or FSM).

Simply put, FSM is a way to treat human waste and prevent it from contaminating drinking water. Without fecal sludge management, people around the world who use unconventional but functioning toilets, like pits, can be exposed to very dangerous and dirty water, leading to fatal diseases like diarrhea — the second leading cause of death for children under 5.

And it’s an issue that Global Citizen has long been campaigning on — back in February, at the 4th International Fecal Sludge Management Conference in Chennai, India Global Citizen’s team in India met with Minister of Water and Sanitation for South Africa, Nomvula Mokonyane and handed over a petition with over 83,000 signatures calling on the High Level Panel on Water to prioritize fecal sludge management (FSM). Minister Mokonyane’s enthusiastic response to Global Citizens’ calls for FSM action provided further crucial progress towards our World Water Day activities— in particular, the panel session in South Africa.

The Global Citizen’s panel session last week brought together many of the key decision makers with the power to take on water and sanitation — an issue that has been declared one of the most urgent of all the Sustainable Development Goals.

Global Citizen’s session was headlined by Minister in the Presidency for the Republic of South Africa, Jeff Radebe, whose government has been a longstanding champion of global access to water and toilets, and ending extreme poverty. This leadership is marked in particular by South Africa’s position on the High Level Panel on Water (HLPW), and by announcing crucial commitments to sanitation at the 2016 Global Citizen Festival in New York City, where Minister Radebe — who is now an official Global Citizen Ambassador — made two huge commitments for water and toilets. His announcements included:

The other key headline spokesperson alongside Minister Radebe was the World Bank Group Sherpa of the HLPW, Dr. Patrick Verkooijen. The High Level Panel on Water is a newly formed group composed of 11 heads of state, co-convened by the United Nations and the World Bank, focused on making global access to clean water and toilets a reality by 2030.

Also featured in Global Citizen’s World Water Day activities in South Africa was Researcher at Durban University of Technology Dr. Bloodless Dzwairo, who was able to provide an expert perspective on water and toilet, given her research on water resource management. Michael Sheldrick, Global Director of Policy & Advocacy for Global Citizen also joined the sanitation conversation, as well as event emcee, Alison Bradley, Media and Public Affairs Officer for WSSCC. 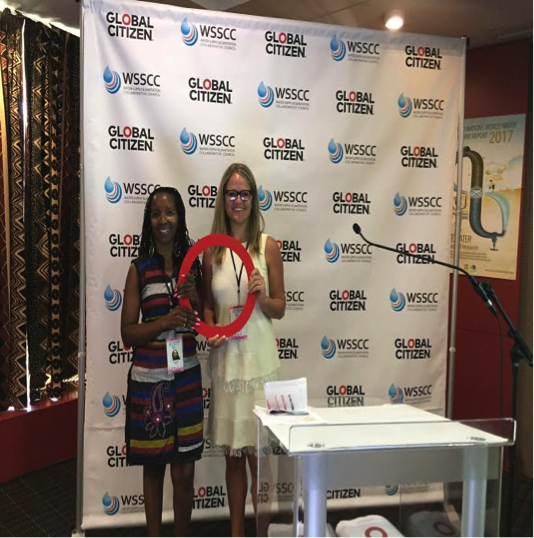 Our World Water Day event kicked off with precisely the kind of momentum we need behind the urgent issue of fecal sludge management, with Minister Radebe opening the day with an impassioned speech renewing South Africa’s commitment to “ending open defecation, educating communities and building infrastructure for waste treatment for cities and rural communities alike.”

Minister Radebe, who is the longest continuously serving cabinet member in South Africa, is a crucial ally to have in the campaign for fecal sludge management. Which is why Global Citizen presented him with the petition, signed by 85,000 Global Citizens, that called upon the HLPW to prioritize fecal sludge management. The petition was well received by the Minister, who looks forward to working with us to talk toilets and champion toilet treatment.

Read More:Why Do So Many People Still Struggle to Access Clean Water?

We need "massive public outcry on the importance of this agenda" says @Patrick_WBG#WorldWaterDay#SafeSludge#SDG6pic.twitter.com/L6kBeOb2Xy

He called for a “massive public outcry on the importance of this agenda”. And went on to say “we have a lot of work to do” as he stressed the importance of the role of Global Citizens in raising their voices to be heard. Dr. Verkooijen’s, also interacted directly with the audience to discuss the importance of addressing broader issues around water and toilets, such as the disproportionate effects of inadequate water and toilets on girls. For example, girls need access to hygiene education, facilities and products for managing their menstruation so they can live healthy lives without facing health problems and stigmatization while on their periods.

Read More:2.4 Billion People Are About to Have Access to Sanitation, A New Role For Business Says Toilet Board Coalition

And Dr. Dzwairo’s technical expertise provide critical insights on the poo crisis. Amongst lack of up-to-date data, wastewater polluting water resources, a funding gap, reactive rather than proactive approaches to WASH, inadequate partnerships for the SDGs and a challenging global environment for securing water management, Dr. Dzwairo stated a major challenge to achieving global access to sanitation is, “Inadequate infrastructure and technical expertise to close the water and nutrient cycles, especially from leaking or aged water and sanitation systems”.

Will you go to https://t.co/5zxOz5RNR7 & sign our petition calling on world leaders to support #SafeSludge? #everyhandgoesuppic.twitter.com/AYKHDpMSKi

Both Minister Radebe and Dr. Verkooijen are on-board to work with us and will communicate the calls from Global Citizens further up the ladder. However, our work does not stop here. We will continue to work closely with both the South African government and the World Bank, as well as the rest of the High-Level Panel on Water to ensure that Global Citizens’ call on the panel for action on FSM will be delivered.