Global Citizens of the United Kingdom is a new series that highlights Britons who dedicate their lives to helping people outside the borders of the UK. At a time when some world leaders are encouraging people to look inward, Global Citizen knows that only if we look outward, beyond ourselves, can we make the world a better place.​

As Esme Page watched the footage of flames consuming Grenfell Tower in north London, she felt a powerful urge to do something to help the families whose lives were torn apart by the fire.

Although she was across the country, in the seaside county of Cornwall, Page was struck by the agony she knew the families of those who died in the fire must be feeling.

So she decided to act.

“It’s an idea that came to me as I was watching the footage of the fire. It was just there present in my mind very quickly,” Page told Global Citizen. 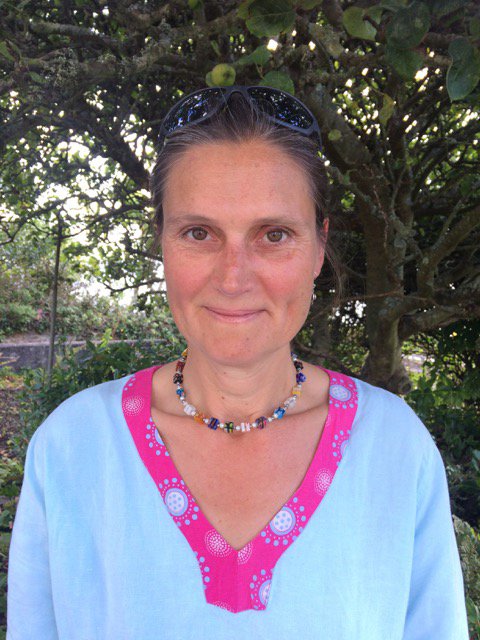 “I resisted for a few days, but then I was swimming in the sea in this beautiful setting and I was just convinced I had to do something, to offer an antidote to the trauma that these people have experienced,” she added.

In the days following the devastating fire on June 20, Page launched her initiative Cornwall Hugs Grenfell to offer free holidays to the people affected.

Since than, more than 100 survivors, families, close neighbours who were also evacuated from their homes, and firefighters who tackled the blaze have already been on holiday to Cornwall, where the entire community has rallied to offer guests accommodations and activities. Page says that by the end of the year that figure will be over 200.

“We can offer rest and peace and hope,” said Page, who worked in business in Europe before moving into counselling. “We can offer a natural environment where you look around and you look up and you can imagine that there’s a future. People come to Cornwall for sanctuary all the time, and it has very much been that for the guests.”

“For children, they have spoken about having fun and about seeing mum and dad having fun and doing things for the first time. It’s about making new memories,” she said. “It’s also about confidence building. When you experience such a terrible trauma and loss, it can have a huge effect on your confidence.”

But for some of the adults, the holidays to Cornwall have been most about having the “space and time to think and weep.”

“Some of the mums have said they had hardly cried in London because they were so busy holding their family together,” added Page.

Primary school teacher and mother-of-two Hanan Wahabi, 39, who lived on the ninth floor of the tower block, is one of the survivors who has visited Cornwall. She tragically lost her brother Abdelaziz and his family of five, who lived on the 21st floor. 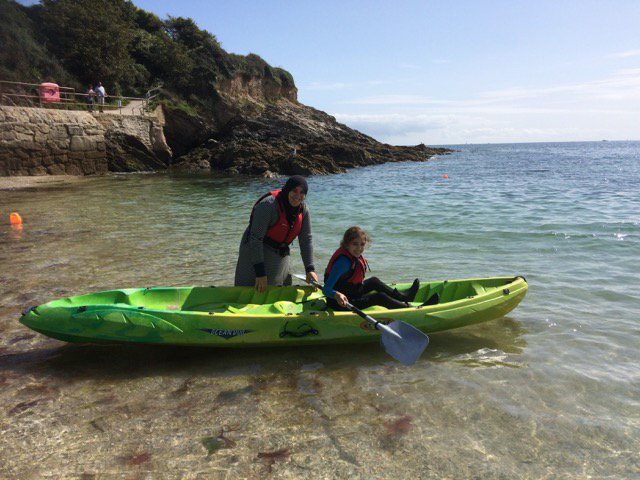 Grenfell survivors Hanan and Sara Wahabi while on their holiday in Cornwall
Image: Cornwall Hugs Grenfell

“Cornwall gave me the time and space to deal with my ‘true’ emotions. There was no more suppressing,”  Wahabi wrote in a note to Page after her visit. “The calm and gentle atmosphere of Cornwall encouraged me to let out the pain and take in some of the healing.”

“I will forever remember what happened to us and our devastating loss, but being in Cornwall encouraged me to recall the good memories I shared with those I lost,” she continued. “Especially as they loved visiting beaches and my brother collected models of boats and ships. My time in Cornwall reminded me that time is precious… and gave me new friendships and a place I know I can go to when it all just gets too much.”

A grandmother whose daughter and family survived the fire, who didn’t want to be named, told Esme after her visit: “I’ve felt a transformation in myself. I’ve felt myself unwind…the knots in my shoulders, the rocks on my shoulders, dissipated. I’ve seen my daughter transform from feeling weepy all the time into someone who feels and looks elevated.”

“There’s more to life than the tragedy we’ve all had to endure and I know we’re going back into that environment but at least we can look back and cherish these memories in order to move forward,” she added. “These are memories I will draw on. The emotions that are coming out in me now it’s time to leave are very positive. When I arrived, my tears were very negative and hurtful tears. My tears now are positive tears.”

While the Cornwall Hugs Grenfell initiative avoids any formal counselling or therapy, not wanting to disrupt support that those affected might be getting in London, they do encourage guests to get involved in “lightly therapeutic” activities.

Guests are offered massages to release tension; they can take part in sculpting sessions to occupy their minds; or singing workshops to offer an uplifting experience; they can visit local attractions, including the Eden Project and St Michael’s Mount; and they have what the guests themselves call “natural therapy” from the Cornish environment.

“It’s the outdoors that’s important. They breathed in smoke, they visually took in the fire,” continued Page. “And the people who were evacuated…if you’re hauled out of bed at 1:30 in the morning and you’re watching your neighbours’ homes going up in flames…and the ashes and the soot fell on them. Every sense was involved. And then to have that sensory antidote in Cornwall, it’s beneficial. It has its own healing.” 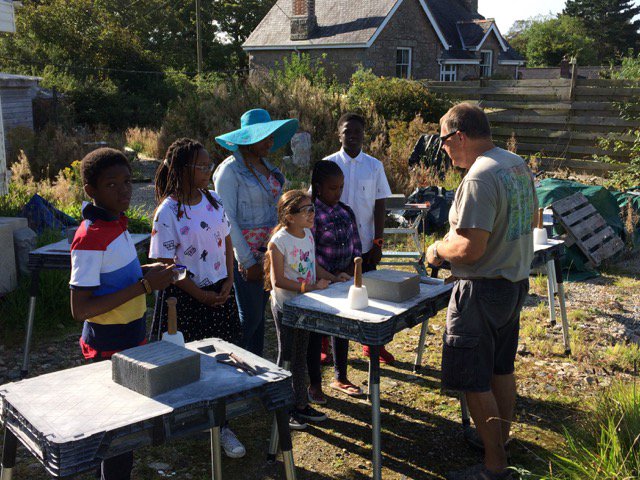 But, Page insisted, the project has only been possible with the help of the local people and their strong sense of community spirit.

Just 24 hours after posting her suggestion to help Grenfell survivors and their families on Facebook, she had received over a hundred messages from local people offering their accommodation to help, from everyone from large tourist operations to individual homeowners.

Read more: This Yazidi Survivor Wants ISIS to Pay for Its Crimes — and the UK Is Leading the Charge for Justice

And, thanks to the project, Grenfell survivors and the Cornish residents have realised they have more in common than they might have originally believed.

“It’s difficult to imagine two more different places: a tower block in London and a village by the sea,” added Page. “But the two places, they both really understand community and how to support each other. The two communities just melded.”

“Global citizenship is immensely strong in Cornwall,” she continued. “And the sense of community in the tower and the neighbouring towers was very strong. Then in just one day that was fractured. But people in Cornwall came forward to help in every respect. It was amazing to see.”

Page was raised in Cornwall, having lived there since she was 2, and also raised her two sons — aged 10 and 7 — in the community.

But Page is sure the project would never have got off the ground if it hadn’t been for the hard work of the Cornwall community and their spirit of common humanity.

“I have been so humbled by the response in Cornwall,” she finished, “and the authenticity of connecting person to person, and of being people together.”