Just 25 years ago, visiting the world’s largest religious monument would have been a contender for world’s largest bad idea. At the time, Cambodia had been ravaged by over a decade of genocide and war, and while it remains a work in progress today, things are certainly a lot better than they were.

The Angkor Wat was originally a Hindu temple complex, but, after some gentle prodding from Buddhists in the late 13th century, the structure made the philosophical leap to Buddhism. This conversion mirrors that of the local people, and the advance and retreat of cultures and religions throughout Europe, Asia, and Africa around this time. Today, over 96% of Cambodians are Buddhist, and religion has rebounded in prominence since it was repressed by the Khmer Rouge in the late 1970s. 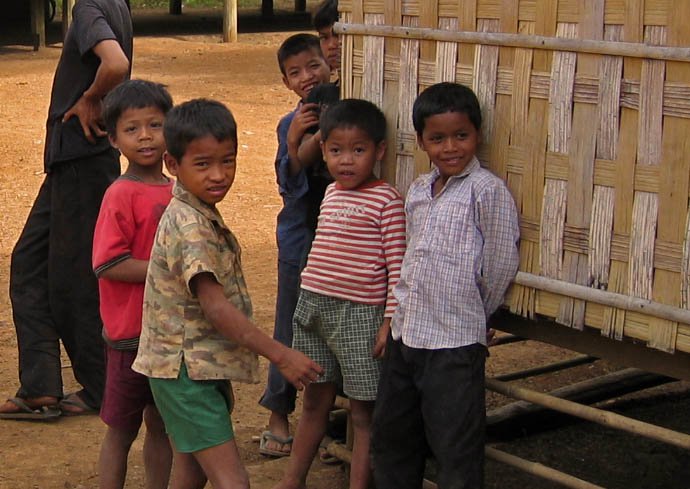 But the Khmer Rouge did a lot more than take away religious freedom from the Cambodian people. In 1975, a couple of decades after Cambodia gained independence from France in 1953, the Khmer Rouge, a heavily armed communist group, overthrew the Cambodian government, and got started on a reign of misery. Money was abolished, books were burned, and teachers, businesspeople, artists, western-style doctors, and academics were murdered in a quest to shift the nation to an idealistic vision of agricultural communism. Schools closed, hospitals closed. Very little fun was had. The death toll had risen to around 2 million people by 1979.

The Khmer Rouge’s power slowly (but still violently) slipped away after 1979, with Vietnamese forces instrumental in this process. With millions killed during the genocide, and landmines strewn across large parts of the country, the road back for Cambodia was long and hilly, with combat finally ceasing by the early 1990s. The international community has been playing a vital role in helping everyday Cambodians to get back on their feet.

Aid spending by foreign governments is improving infrastructure, and booming tourism is now Cambodia’s second largest industry, employing hundreds of thousands of local people. Other Asian countries are the largest source of tourists, with the US, France, and Australia also in the top 10. Over half of the international tourists arriving in Cambodia visit Angkor Wat, by far the biggest drawcard for the nation today. 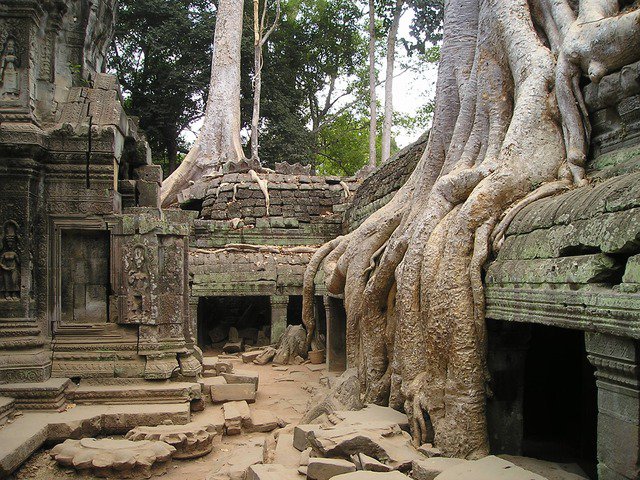 The city nearest to Angkor Wat is Siem Reap. The French and Chinese architectural styles in the old parts of the city point to the varied history of northern Cambodia, and the modern resorts and businesses nearby tell the tale of the modern reawakening of the area. There is a large number of NGOs, social enterprises, and non-profit organisations in Siem Reap, with many of them helping the local community with things like education, health, and entrepreneurship. 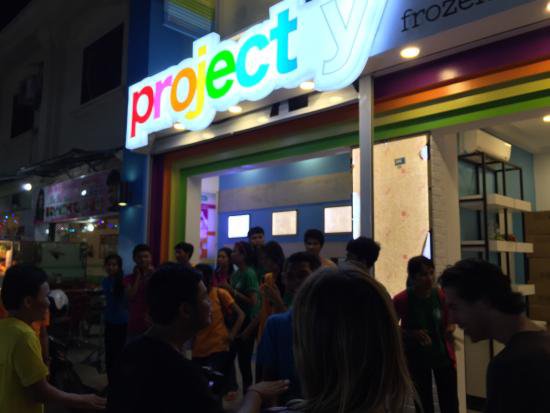 Siem Reap’s newest social enterprise is a frozen yoghurt shop called Project Y. It provides hospitality training for 13 local students, who manage all facets of the business’ operation. The shop was set up by an NGO called Cambodia Rural School Trust, and all profits from the shop will support the education of more young people in rural areas. The experience gained by the students (mostly university students) working in the shop will equip them to join the new generation of local entrepreneurs who are devising innovative solutions to social problems.

Major challenges still exist for the Cambodian people, however. The nation sits at the bad end of corruption rankings worldwide, public institutions and governance are relatively weak, and the gap between rich and poor is large. NGOs and foreign aid donors are working to extend basic services and opportunities to all Cambodians, and encourage with the government to strengthen democracy and transparency. The national economy is now growing strongly, and poverty has fallen from 53% in 2004, to about 20% in 2011. Plenty of work still to do, but pretty impressive progress.

As for Angkor Wat, that ridiculously gigantic, Hinduey/Buddhisty complex of  excellence, Google can help you to get a good look. The temple has been added to the Google’s World Wonders Project, knitting together 90,000 images of the complex and its surrounds into a virtual tour. Check it out here! It’s just such a stunning place; a jewel in the crown of Cambodia, and well worth the journey to witness in person.

Have you been to Cambodia / Angkor Wat? Share your thoughts in the comments below!