David was an extraordinary man who championed the eradication of polio his whole life. 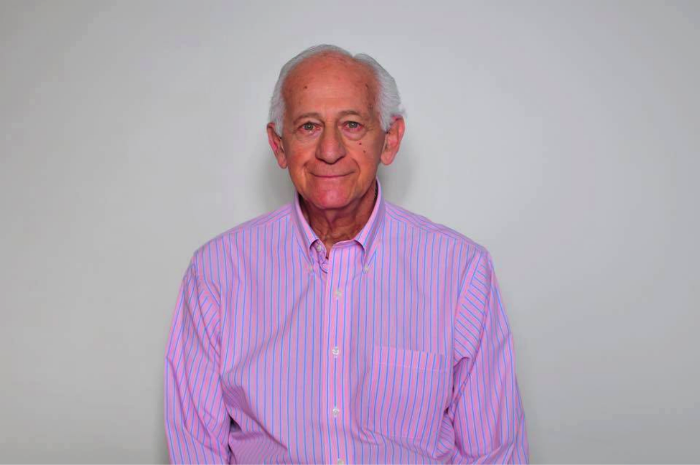 The last 24 hours have been tough as I’ve grappled with the loss of a very good friend of Global Citizen, David Goldstone. David was an extraordinary man who championed the eradication of polio his whole life and played a leading role in fundraising thousands of dollars for this important cause.

David was also an important part of my own personal life, having inspired me to get involved in the campaign to eradicate polio in the first place. It's been a challenge, frankly, to describe in words the impact David had on me and so many others, such was his impact. I, for one, will never forget, and will always cherish, the many coffees, lunches, dinners and phones calls we shared over the years in which he would be all too willing to offer up honest, wise and sound advice.

Over the years David became so much more than a friend though. He became the grandfather I never had and in 2013 when I was not able to receive in person my Young Western Australian of the Year award, I could think of no one better to receive it instead. He was part of the reason I had won it after all and always signed his emails off to me as "your young friend!"

For his support of polio eradication, and numerous other charitable causes, David was honoured last year with an Order of Australia. Below is the submission I wrote in support of this award. David never knew I provided this, but my hope is that it now serves as a public record of the incredible impact this remarkable man had in his lifetime. May we all strive to live up to the example he left for us to follow:

I first met David in March 2011. I had just assumed management of a then small campaign to get polio eradication on the agenda of the Commonwealth Heads of Government Meeting, which was to be held in Perth later that year. Knowing that Rotary International had been at the forefront of polio eradication efforts since before I was born, I asked around Perth to find out who I should speak to in order to give me some advice, mentorship and guidance in this campaign. Not before too long I was pointed in the direction of David who had just founded Western Australia's largest Rotary Club, the Rotary Club of Crawley.

I met David for coffee near Kings Park where he told me a story as to why I should care about polio eradication. He said that when he was younger, back in the fifties, his friend John unfortunately contracted polio in his early twenties. David said that when John awoke from a coma after contracting the disease, the first person he saw standing before him was the Chief Medical Officer who told him he would never ever walk again. According to David, John responded with three words: "Yes I will." As we sipped coffee, David recounted to me how over the following weeks, months and indeed years, John painstakingly recovered the use of his legs to the surprise of all. John - according to David - never fully recovered, but he did become a successful business and family man, eventually playing his part to rid the world of polio. Gathering disused pennies from the old Perth Mint, John launched Pennies for Polio where he sold pennies for $5 each raising almost $100,000 in total for the eradication of polio.... as David finished telling me John's story, he told me he was "sorry, its just very hard to speak about." I'll never forget what happened next... David put his leg up on the chair next to me and pulled up his trouser leg to reveal a calliper. David then told me, "it wasn't John who collapsed [from polio] all those years ago, it was me. And I don't want anyone's pity, I just want to get on and eradicate this disease once and for all." David then said he would help me in my campaign on one condition: that I join his Rotary Club.

Thus began our friendship together; a friendship I cherished more and more as I discovered the history of this wonderful & warm man who has been a tireless advocate for eradicating polio over many years. I'll never forget a story he told me about attending a Rotary International Convention in the late 1990s. Showing the President of Rotary International an Iron Lung in front of the assembled media at the Convention, David boldly told the President to "get in" the Iron Lung knowing that it would be published in Rotary magazines around the world. He also told me the story of how he made former ABC journalist Verity James tear-up after interviewing him about the plight of those suffering with polio.

David supported me lockstep all the way as we campaigned in the lead up to the Commonwealth Heads of Government Meeting. A highlight for me was when he agreed to share his story for the very first time at a public breakfast with over 500 people. Those in attendance were so moved by David's story that the WA Governor, who had also been in attendance, wrote a cheque there and then for $20,000 straight out to Rotary's polio program!

When we succeeded in the campaign, Prime Minister Julia Gillard invited us to a special press conference in which she announced $50 million in support of polio eradication. I invited David to join me for the special announcement in which he told me: "Sometimes in our lives we have the privilege of getting to meet someone special, someone who can open our hearts and leave an everlasting impression on us." In this email, in support of this important nomination, I can now say the same about him. I will always consider it a privilege to have known David. He's not only my mentor, but my friend and the grandfather-like figure I never knew.

David is a giant in the Rotary community, not just in his own club where he has the respectable status quite similar to that of "Father of the House," but is also known to many across the state. He founded the state's largest club, but rather than leading it himself (as he says, he's already been there and done that!) he's chosen to mentor the next generation of Rotary leaders recognising that the club must invest in its young people in order to survive. David initiated an innovative scholarship  system to make youth participation affordable, so much so that there are now many young leaders out there who will rightly credit David with playing a key role with helping them get where they are today. I know I'm certainly one of them. It's no exaggeration to say that much of who I am today I owe to David Goldstone.

I've written here about only a few of David's many achievements as well as the personal impact he's had on my life in recent years. There are countless other achievements, including how he held a dinner raising hundreds of thousands of dollars for the group Teen Challenge not just once, but twice. When it's all said and done the young beneficiaries of this program - along with the thousands of young people who have been saved from polio as a result of his tireless advocacy and fundraising efforts - are David's legacy.

"David has made a lasting contribution to the world’s children through his tireless efforts to support the eradication of polio, and to youth globally through his enduring commitment to young Rotarians. David never allowed his personal battle with polio to restrict him, and indeed used it as a spur to generate finances and support for the global campaign to eradicate this crippling and entirely preventable childhood disease. David played a central role in advocating for the Australian government to provide $50 million in financing for polio eradication globally, and his contribution as a true champion for the eradication effort will be long remembered. All of us at UNICEF would like to pay tribute to this remarkable man, and to join our partners in the Global Polio Eradication Initiative in offering our sincere condolences to his family and friends." - David's friends at UNICEF

"David was an extraordinary man in very many ways and he did enormous good for the world. I'm grateful for his life and for everything he did to support eradicating polio. The world is a lesser place without him. David's friends in WHO will always be grateful for his commitment and support for eradicating polio from the world; and that we salute him as a great Rotarian and a great humanitarian; and that we offer our deepest condolences to his family and friends. " - Chris Maher, World Health Organisation, Amman

"David turned a major life challenge into love and care for humanity and that is a true inspiration and reminder to focus on the right things in life." - Violaine Messager, GPEI 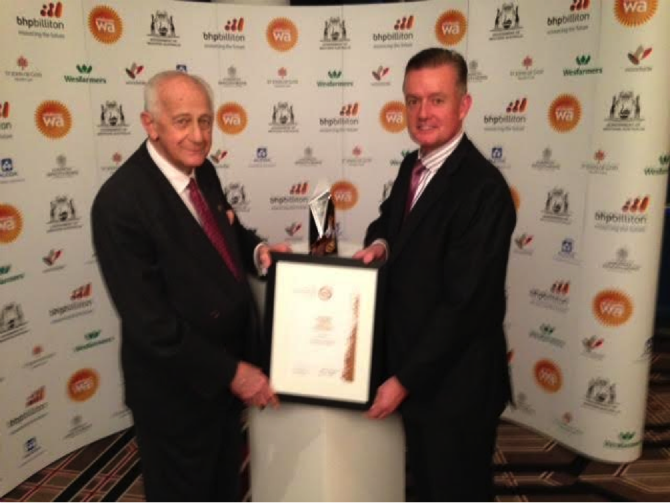 TopicsAustraliapolioprofile
Brought to you by