You buy one meal, they get one meal. It’s as simple as that.

Jeremy Bryant and his cousin Andrew Hall grew up together in Calgary, Alberta. They did everything together as children — they spent family dinners together, they had sleepovers together, and they got into trouble together.

So it seemed only natural that they would end up in business together. And their business idea, it turned out, would come from the values instilled in them by their family.

Bryant and Hall are the co-founders of Mealshare, a company that helps feed the hungry by partnering with restaurants across North America.

Partner restaurants place the Mealshare logo next to certain menu items. When a customer orders one of those items, they receive their meal, as expected, but a meal is also then secured for a hungry youth and provided by Mealshare.

For each meal sold, restaurants provide $1 to Mealshare. Most of the funds then go to partner charities who take care of preparing and delivering meals to those in need.

Bryant and Hall were raised with a good sense of what it meant to give back to their community, and it was a family trip to Mexico together when they were young that would really show them how lucky they truly were.

Now 28, Bryant said their grandma used to remind them that there were starving children around the world, whenever they didn’t want to eat their vegetables.

“We’d be eating Thanksgiving dinner, we would already have eaten the turkey, and the mashed potatoes and the bread, and we’d be stuck with vegetables on our plates — Brussels sprouts,” Bryant told Global Citizen. “And she’d always come up to us... she'd say, 'You boys, eat your vegetables, there’s starving kids in Africa'.”

It’s something many grandparents say to stubborn grandchildren, but Bryant said that that value really stuck with them.

Eventually the boys graduated from high school and went off to separate universities, unsure of what they really wanted to do. Bryant headed to Edmonton and Hall to Victoria.

“[People said] get a great degree, get a job with a big, giant firm, and then climb the ladder, and then make all the money and get a corner office, and then you’ll be happy,” Bryant recalled. “And so we both kind of gave that a shot.”

After they graduated with business degrees, both young men were “on a path to success” Bryant said. Hall was working in consulting, Bryant in auditing. 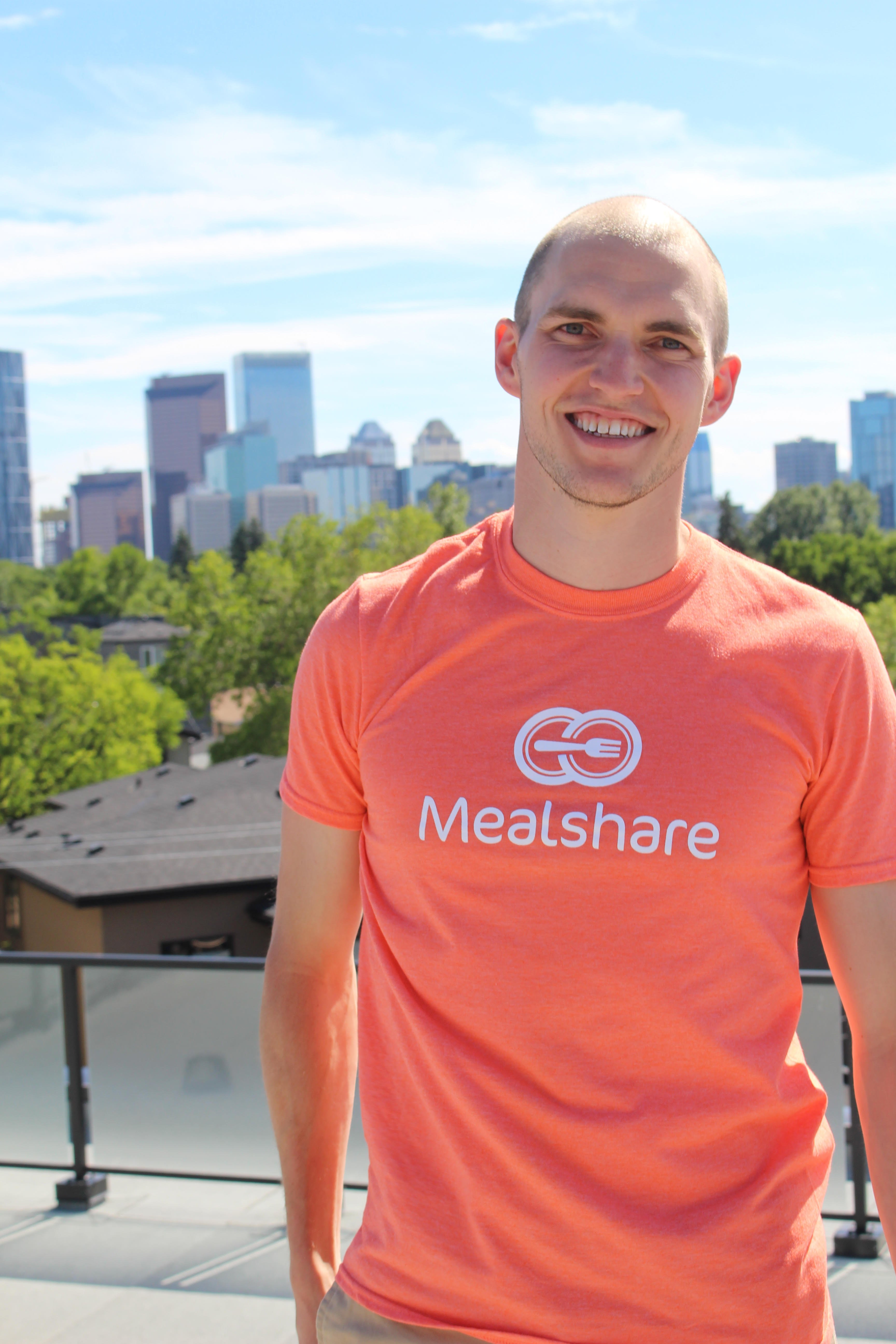 But they had an idea.

They thought that they might open a restaurant that would be half restaurant and half soup kitchen.

"We thought it would be so cool if when you went into the restaurant and you ordered yourself a meal, you knew that somebody in that soup kitchen or in that community space on the other side would also get a meal," he explained.

Read More: Teachers in West Virginia Made Sure Kids Had Food to Eat During Statewide Strike

Profits from the restaurant side would provide the funds for the meals on the soup kitchen side.

“Hold on, we are not chefs at all, no one would want to eat anything we make, we know nothing about the restaurant industry,” Bryant laughed. “So we are not the guys to open up this restaurant.”

But the model had merit and they thought that maybe there was a way to not have just one restaurant following it, but to have many restaurants into it.

And that is how the idea for Mealshare was born.

When they approached Shayne Perrin, the owner of a restaurant they grew up going to, with the concept, they figured he might have a little advice for their half-baked idea — but as soon as they met with him, he was on board.

Mealshare launched in 2013 and Perrin’s two restaurants, the Blue Star Diner and Dairy Lane Café were its founding restaurants.

From there, the idea took off. 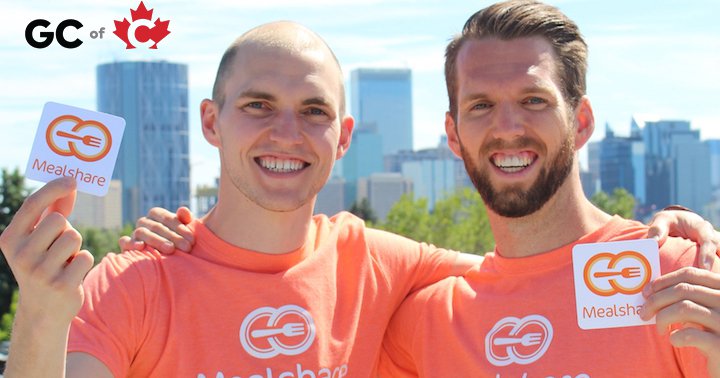 Read More: UK Farmers Are Wasting Enough Food to Feed Everyone in These 6 Cities

Mealshare has served now 1,806,070 meals to date. They are partnered with around 330 restaurants, with more to be announced this spring, and they’ve expanded across Canada and into the US.

“I think everybody wants to help, I honestly do. I think that’s just part of being human,” Bryant said. “But we live in this world that is so freaking busy… That's what holds people back more than anything is just time.”

Mealshare is a simple way for restaurants — and patrons — to give back.

“It is easy, it doesn’t take much — all it takes is going out to a restaurant, which a lot of people do anyways,” Bryant said.

Bryant and Hall really realized their impact when they had the opportunity to serve dinner at one of their partner charities.

“I think we plated over 900 meals and those were all provided through Mealshare funding and that was just a super cool moment for us — to get to see the impact tangibly,” he said. “That was just an awesome feeling.”

The momentum continued. It was just over a year ago when Mealshare provided their 1 millionth meal, and it was another great milestone for the two men.

“Hopefully this is just the beginning of the effects it will have,” Bryant said.

Global Citizen campaigns on the United Nations Sustainable Development Goals, including issues related to hunger, knowing that tackling hunger will be key to putting an end to extreme poverty by 2030. You can take action here.