This Canadian Nurse Witnessed an Iraqi City Recover From War

When the Islamic State took over years ago, much of the population fled — including health workers.

Why Global Citizens Should Care
Health care workers like Barbara Deck are essential in the fight to reach Sustainable Development Goal 3 on ensuring good health and well-being for all by 2030. You can take action here.

Growing up in Red Deer, Alberta, Barbara Deck didn’t know exactly what kind of job she wanted to pursue. She ended up starting university in a science program, but soon found that it wasn’t really for her.

“I was passionate about science, but I didn’t know what to do with a science degree, which is why I put that on hold,” Deck, now 30, told Global Citizen.

But then something stuck out in her mind: Even when she was young, she dreamed of one day working with Médecins Sans Frontières (MSF), the international humanitarian organization also known as Doctors Without Borders.

“I Ioved travelling, I love being around people,” she said. “So I thought I would give nursing school a try … This is a way I can travel and do it by doing good things, and helping people out.”

Deck knew it would take some time to get to the point where she could work for MSF, but she knew with hard work, she could one day “help out the disenfranchised [and] do my part,” she said.

And sure enough, Deck’s career as a nurse took off. 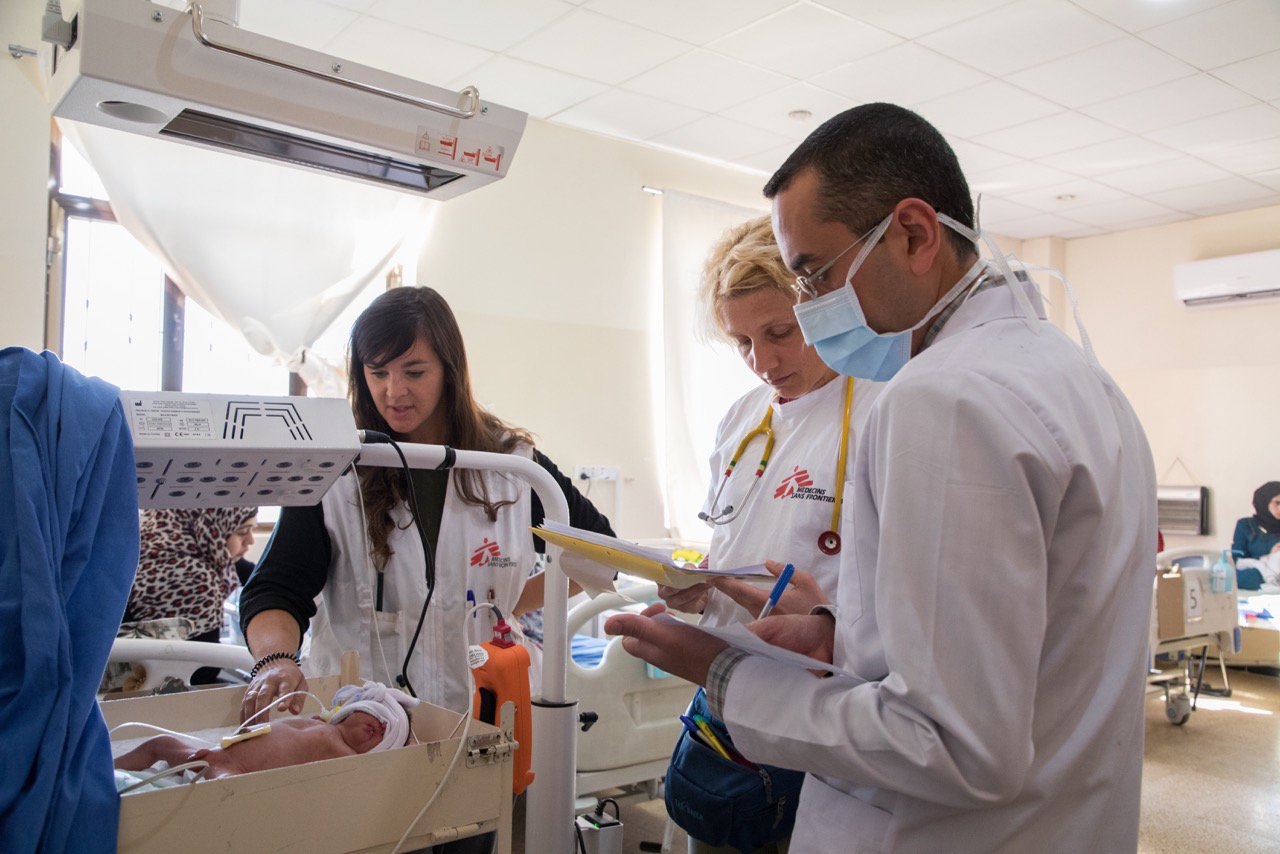 After graduating with her nursing degree from Ryerson University, Deck worked at Toronto General Hospital in the organ transplant department, where she solidified her nursing skills for about a year and a half. She then moved on to Toronto's Hospital for Sick Children, where she first worked in the organ transplant department, followed by the trauma and surgery care floor, and then, in 2014, she moved to the intensive care unit, where she’s worked ever since.

Deck’s particular skill set made her a perfect candidate for MSF, and it was in 2016 that her dream to work with the organization came to fruition.

Then 27, Deck took her first trip with MSF to work in a hospital in Agok, a small town in Abyei Special Administrative Area — disputed land situated between Sudan and South Sudan. Her trip was only meant to last four months; she ended up staying for seven.

But most recently, Deck was in West Mosul, Iraq, working in an MSF health care facility that specializes in maternity, paediatrics, and emergency room services. The hospital also has surgery and post-operative care offered there, as well as a mental health program.

Many health facilities were destroyed during the Battle of Mosul, so MSF opened a facility to meet the health care needs of the people returning to the once vibrant city.

The nurse speaks highly of MSF’s ability to respond to emerging needs in various settings. Shortly after arriving in Mosul, the facility Deck worked at was experiencing extremely high volumes of patients. 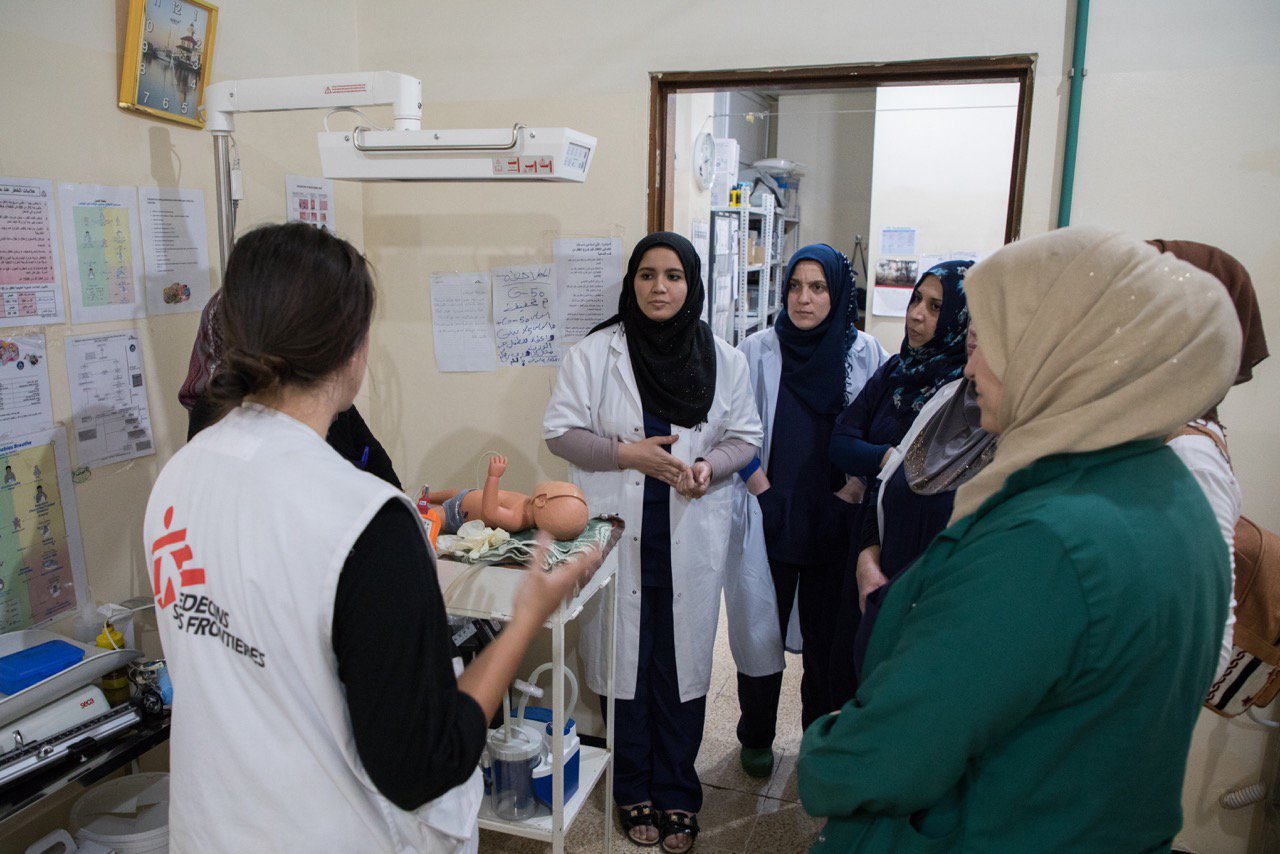 When the Islamic State took over, much of the population fled the city — including many health care practitioners.

Pediatricians left, and pharmacies closed, which meant that people were left unable to care for chronic issues like epilepsy or asthma, so many of Deck’s patients, who were all children, had gone without treatment for a number of years.

The city was retaken in July 2017, but about 70% of the health infrastructure there is still not functioning, Deck said. There are fewer than 1,000 hospital beds for the population of 1.8 million people in Mosul, according to MSF.

Related Stories Aug. 22, 2018 The GFF: The Global Plan to Give Every Child a Healthy Life

Deck arrived months after the city was retaken, in November 2017.

“You see photos on the news, but nothing can prepare you for seeing it with your own eyes, and being confronted with the destruction,” she said. “It takes your breath away. I honestly felt physically nauseous the first time I saw it.”

When ISIS left West Mosul, their last stronghold, they destroyed the city. 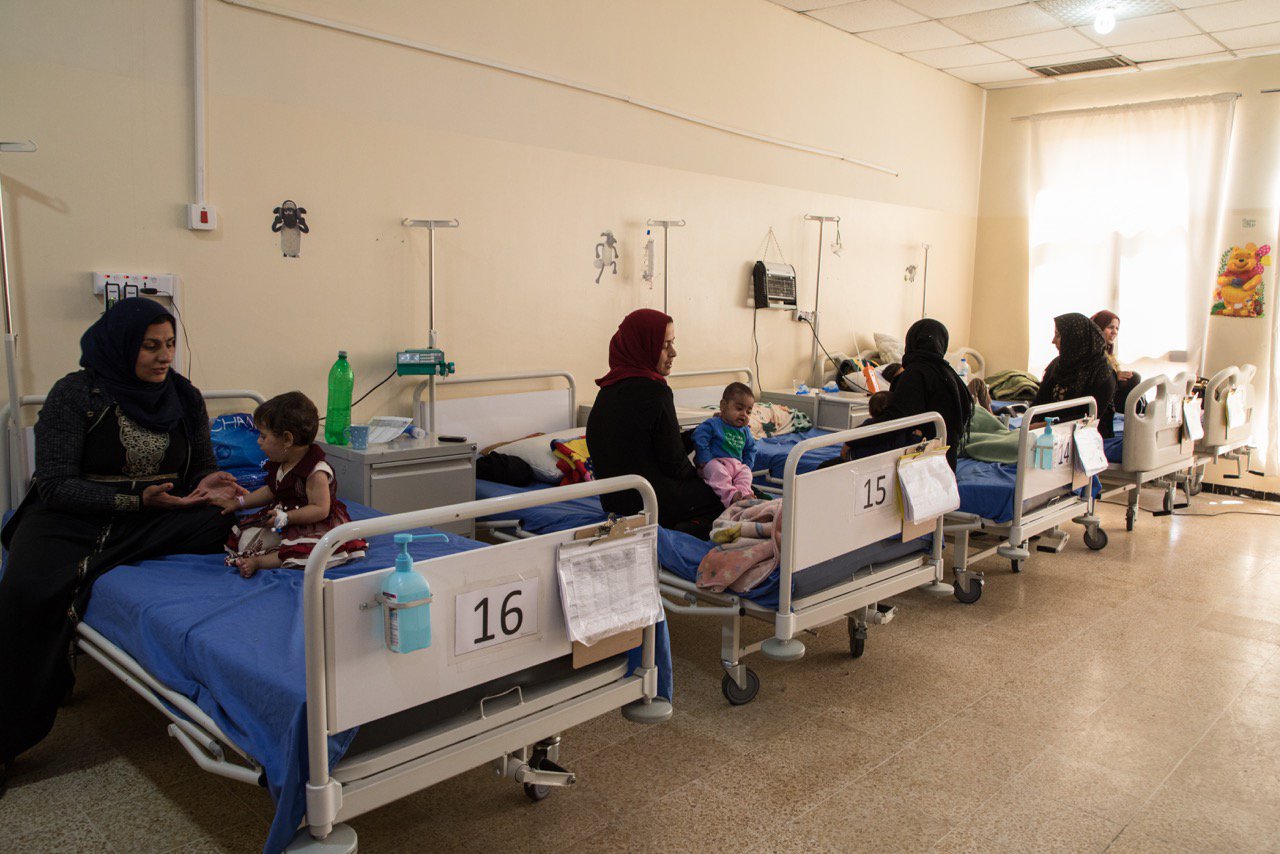 When Deck arrived, there was only one functioning bridge into the West, and it took her upwards of an hour to drive into the city because of the long line of traffic. People were returning to their city from camps and neighbouring regions.

Deck said she would see partial buildings with blown-out walls and rubble that seemed uninhabitable — but then a line of laundry would appear, and she’d realize a family was living among the debris.

“I was really lucky. Because I was there for five months, I really got to witness the rebirth of Mosul,” she said.

The city was physically rebuilding itself, too. By the time Deck was leaving, bridges were rebuilt, and sidewalks were being made with yellow and orange blocks.

“Just bursts of colour everywhere … On the bridges, they were painting like rainbow colours,” she said.

MSF’s national health care workers play vital roles in all of the organization’s facilities around the world. More than 2,500 people are hired as international staff, but MSF hires 30,000 locals every year around the world. 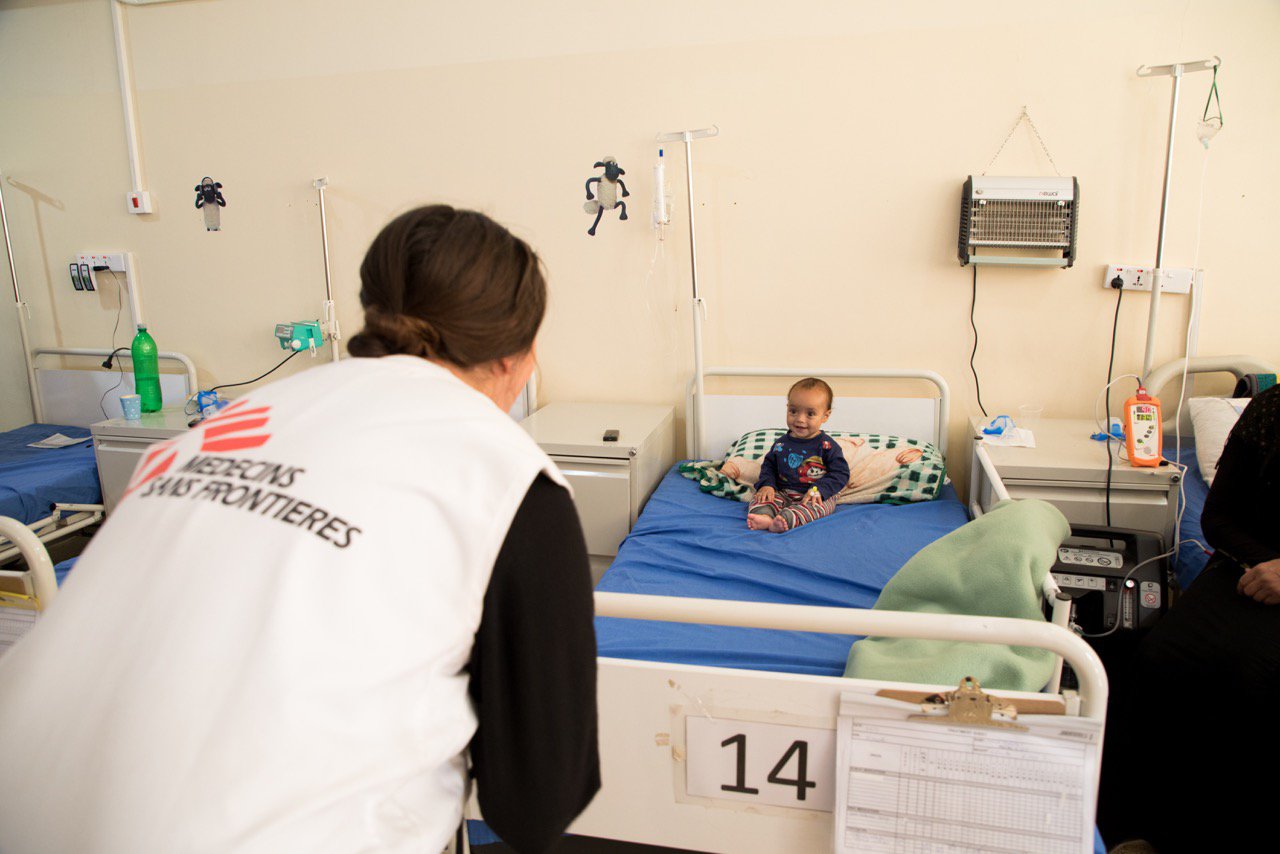 This meant that the staff Deck worked with were people from Mosul, who themselves had witnessed the destruction and the rebirth of their home.

This past May alone, nearly 46,000 people returned home to Mosul.

“So you can imagine how many people returned over six months,” Deck explained.

The hospital was essentially always full.

And even though they didn’t see them often, the hospital would still see blast injuries. 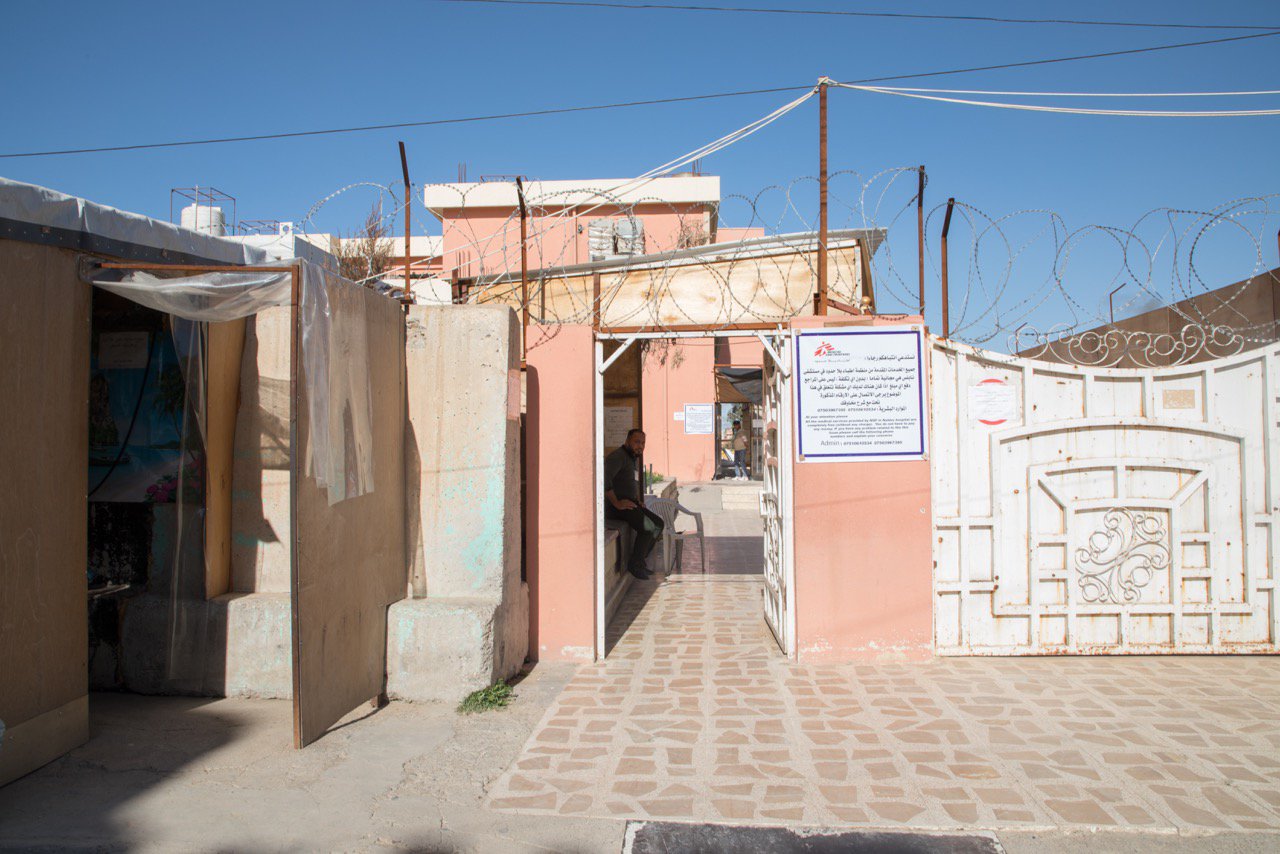 “When IS left, they boobytrapped a lot of homes,” Deck explained. “[They] placed like explosive devices around the city and within homes and within stores … so they were still seeing blast injuries coming in, into the ER.”

Deck said there were teams working on the ground to locate and activate controlled explosions, but unfortunately, they weren’t always able to catch them.

Related Stories Aug. 13, 2018 To Build a Healthier Future, We Must Be Relentless About Leaving No One Behind

Deck saw extremely underweight babies, sick children and injured people during her time in Mosul, but she also saw people get better and a city being restored. She learned to work with fewer resources, but still have major impact.

Working as a nurse has proven to be a great career for Deck so far. She’s been fortunate enough to work for Sick Kids, who have given her the opportunity to take leaves for these experiences, but she’s also been able to help the world — in places very far from home.

For now, Deck is back in Toronto working in the ICU at Sick Kids, but she will be returning to Agok this fall.