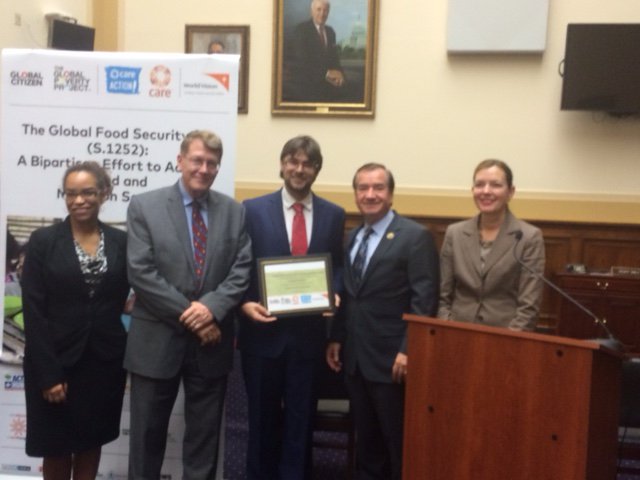 By now you’ve probably heard us talk about the Global Food Security Act(GFSA) a few times. In fact, we’ve been pushing to get it passed for over 2 years now.

We’ve stuck with this bill because it’s so critical to helping 795 million people who struggle with hunger around the world. The Act guarantees 2 years of funding for America's food security investments, which mainly goes to smallholder and women farmers.

Rep. Cheri Bustos(D-IL) is the first to accept her Leadership Award for her work on the GFSA. 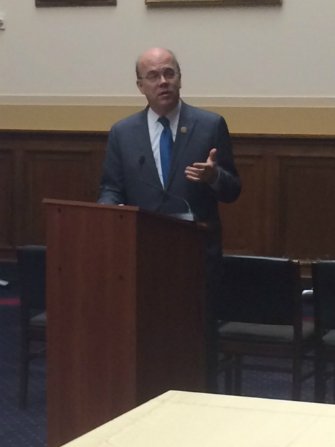 Rep. Jim McGovern(D-MA) reminds listeners that the world has the resources to end hunger. All it needs now is the political will.

Thursday night our efforts on the GFSA culminated in an event on Capitol Hill to push it over its last hurdle and get it to the President’s desk to be signed into law. The GFSA has passed both the House and the Senate before, but they each passed slightly different versions. Only one bill can be put on the President’s desk, so now the House must pass the Senate’s version of the bill. 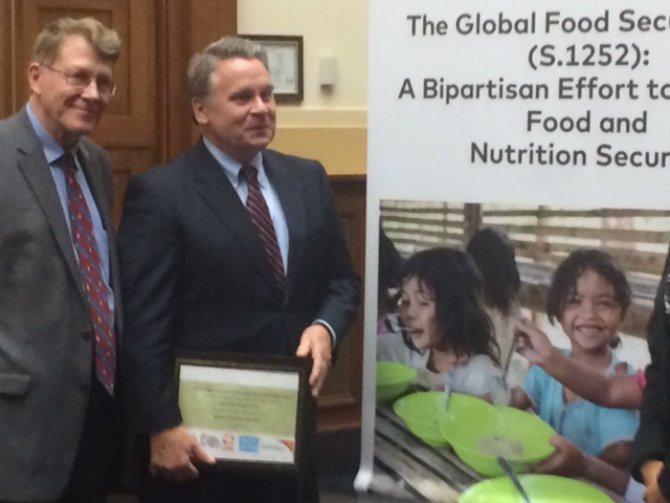 Chairman Chris Smith(R-NJ) accepts a leadership award, alongside World Vision's Kent Hill, for the bill he originally introduced in the house.

We co-hosted an event on the Hill Thursday night with CARE and World Vision to rally support for the GFSA. And it was a huge success! 7 Congresspeople joined us to highlight the importance of the GFSA to a packed house of Congressional staffers, nongovernmental organizations, and corporate partners. Representatives Cheri Bustos, Chris Smith, Stacey Plaskett, Suzan Delbene, Charlie Dent, Jim McGovern and Ed Royce all accepted Leadership Awards for their work on the Global Food Security Act.

Chairman Ed Royce(R-CA) accepts a Leadership Award with his wife Marie for his work on the GFSA.

The GFSA has strong bipartisan support which was clearly shown at our event that was attended by members from both sides of the aisle. All of the Representatives who attended took the time to speak on the importance of the GFSA. Many described how nutrition is essential to promoting economic development because it helps children avoid malnutrition and stunting. In addition, they spoke about how food security promotes political stability in the developing world, which in turn supports US national security.

Chairman Charlie Dent(R-PA) speaks to the bipartisanship of the GFSA.

Rep. Stacey Plaskett(D-Virgin Islands) reminds attendees that there are still people who suffer from hunger within the US.

Congress is now on recess through the 4th of July, but the GFSA is scheduled to come to a vote in the House in their first week back in session. We are so close to passing this momentous legislation and we can’t afford to let up now. Thank you to all the Representatives who attended our event and continue to show strong leadership on the GFSA. Now we need to get this bill to a vote! 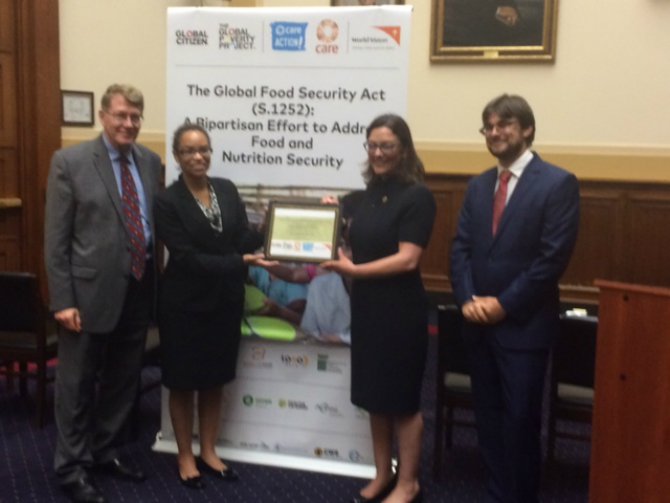