300 kids, a cartoon sheep, and a Global Citizen campaign come together for social good.

After a last minute, public withdrawal of support by Medicins Sans Frontiers, the ousting of the sitting Turkish Prime Minister two weeks earlier and a wave of security threats and incidents across mainland Europe in the lead-up, the first-ever World Humanitarian Summit was a success.

It brought together diverse sectors and key players across commerce, the private sector and industry, the NGO community, humanitarian aid field workers, celebrity influencers and world leaders to pool effort around humanitarian issues. 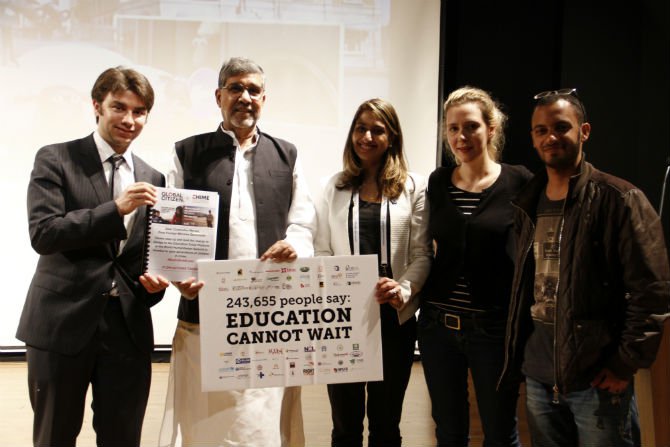 If this sounds familiar, that’s because the formula of bringing together diverse players is central to the Global Citizen Festival and how Global Citizen operates!

Global Citizen’s focus at the WHS (and it’s 150 side events!) focused on education in emergencies. Within that we exercised our focus through four key objectives:

1. Secure funds for the Education Cannot Wait fund to get 75M kids in crisis into school

2. Use storytelling as a tool in humanitarian response

3. Highlight the voices and faces of children affected by crises

4. Foster innovative solutions to humanitarian issues with a host of new players

For the past 2 years, the WHS has been in planning but until the days of the conference itself, it was not overly clear what outcomes would be achieved, if any. That made it all the more important for us to have an impact through our own activities in Istanbul.

What did Global Citizen do at the World Humanitarian Summit?

We very quickly realised that impact is not just about funding -- it’s about seeing results on the ground and face-to-face. In this case, face-to-face with 287 kids who have been directly affected by the crisis in Syria and have sought refuge in Istanbul.

Together with Cinema for Peace and Small Projects Istanbul, Global Citizen hosted a screening of the beloved childrens’ movie 'Shaun the Sheep' for children at the KADIR HAS University.

The beauty of Shaun the Sheep is that there are no words or dialogue. The cinematic experience is built on comic animation, sounds and music - and therefore, the viewer experience is universal and -- according to our audience -- universally appealing!

Ironically, this screening clashed with the timing of Sean Penn’s new blockbuster premiering on the red carpet on the grounds of the WHS -- the power of film was a strong theme during the Summit… but more on that later. The difference in our screening was, arguably, more screaming fans! 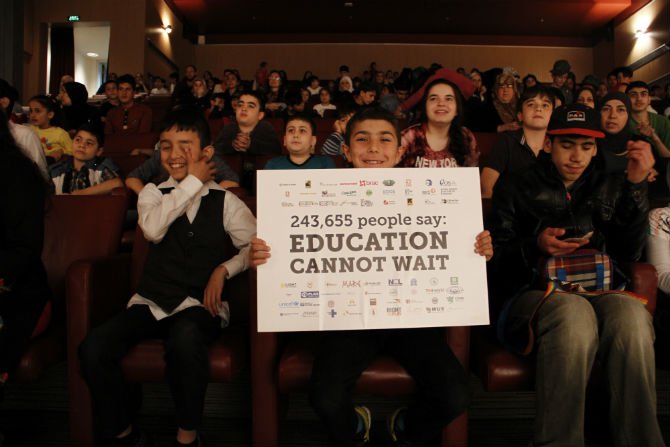 For us, seeing the faces of those directly affected by the ‘biggest humanitarian crisis of our era’ was a solid reminder of why we're making sure education is prioritized for refugees around the world -- including the kids we met.

The children attending the film, aged 2-10 years, live in what is known as ‘Little Syria’, a part of Istanbul where tens of thousands of urban refugees who have escaped conflict currently live. By escaping for several hours and watching ‘Shaun the Sheep’ nearly 300 kids were able to briefly experience something ‘normal’ -- a rarity for many living with fear in unpredictable conditions. The film gave them a chance to suspend reality.

What else did Global Citizen do there?

We seized the moment to hand over our #booksbuildlives petition, which over 250,000 global citizens signed, to delegate of the German Foreign Ministry, Alexander Sultan-Khan. Signatures also included support from over 30 of our partners.

Mr Sultan-Khan expressed his thanks for the invitation and the petition, which he will pass on to his office and the German Foreign Affairs minister. Fun fact: He also revealed that he is a massive Global Citizen fan and loves everything we do. 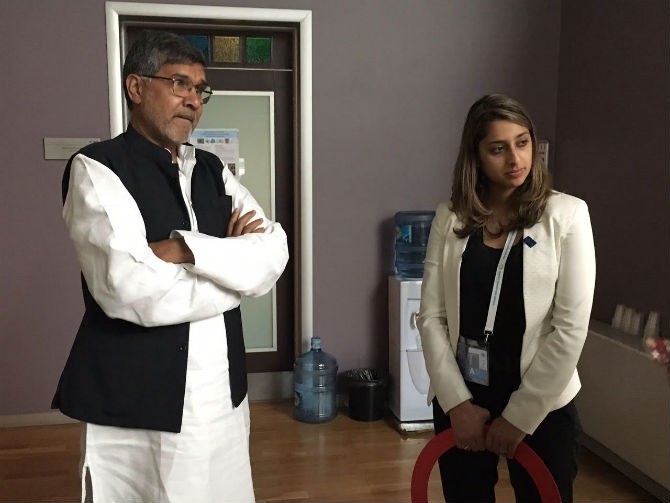 The petition was handed over by Kailash Sathyarthi, a human rights activist and advocate for children's rights to education, who won the Nobel Peace Prize alongside Malala in 2014.

It was an incredibly powerful start to the World Humanitarian Summit and we were proud to showcase our efforts alongside the children who need our help most.

What did we learn from the summit?

The WHS reminded us of the power of film -- yes, Sean Penn and Forest Whitaker were there, and Penn’s new movie on humanitarian aid worker premiered, but it was more than that. Corporate, NGO and government partners all discussed how we can better use the medium of film to showcase what is happening in humanitarian crises and bring to a fore the people who are suffering with a strong call to action.

Our work with the filmmakers of Salam Neighbor is no exception to the power of film. The filmmakers were there with us the whole time, capturing the WHS and talking about how Raouf effectively became an advocate for so many children like him. None of this would have been possible without millions of global citizens viewing the film Salam Neighbor. Check out their blog about WHS here. 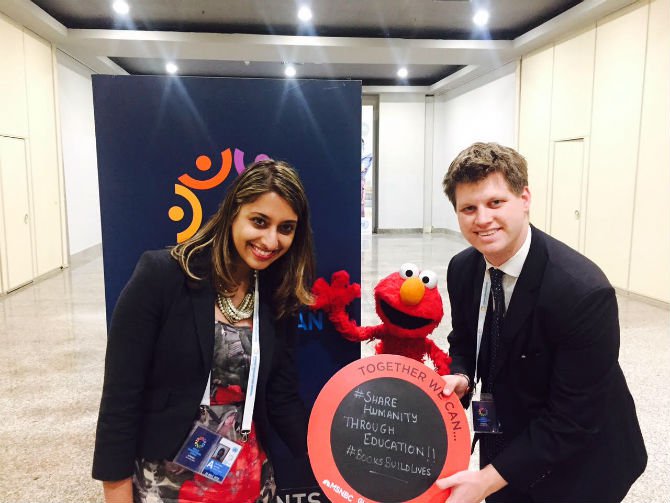 We co-hosted a side event with our partners at Sesame Street on the role of media in humanitarian response, and Chris Temple from Salam Neighbor spoke alongside the IRC, Elephant Song Media and Sesame Street. They outlined the great advocacy work they've seen their film achieve through Global Citizen and played the Salma/Raouf videos we produced together to those in the room. This event stood out from the rest of the WHS agenda of UN-curated policy events and brought together a mixed audience of policy experts, journalists and refugees.

In the audience, a Syrian refugee, there with her two children, said, “I came here expecting a panel on media, but didn't expect to be so emotionally moved by what you have done. Thank you.”