Why Global Citizens' Fight Against Polio Is So Critical

134,000 actions were taken this year to force support from global leaders. 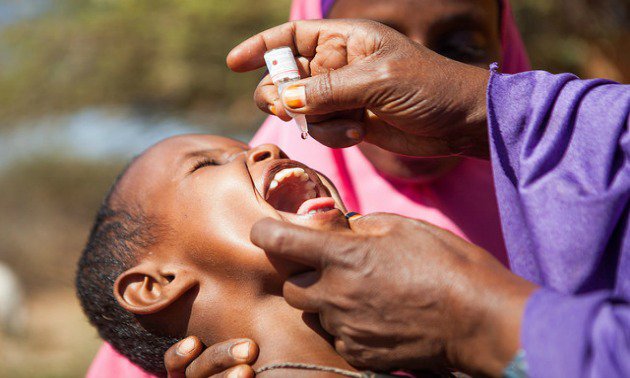 For many young people in the developed world, polio is a foreign, forgotten disease. But not for 60,000 Global Citizens who, thanks to the vision of the Global Poverty Project, stood as one on a cool September blue-sky afternoon at Central Park’s Global Citizen Festival and cheered not only the likes of Rihanna, Metallica, and Cat Stevens, but also the announcement from Canada’s Prime Minister, Justin Trudeau, that he was committed to a world without polio.

Learn More: Polio: Why It Hasn’t Been Fully Eradicated — Yet

I stood there, too, with my 20-year-old niece Lara, who has thankfully grown up in an Australia without polio. My uncle Ronnie, however, died from the disease in 1952, before newly discovered vaccines consigned this disease to the history books in much of the world. I stood with these young people cheering their support of the effort to eradicate polio, and as we watched a moving video of a Pakistani polio frontline worker named Sufi, shivers literally ran down my spine.

Because I have seen those under-served communities in Pakistan, Afghanistan, and Nigeria where polio is still very much a reality. I’ve seen polio paralyze young children. And it’s so important that these stories are told. Which is why the stage that the Global Citizen Festival literally provides the polio eradication effort remains a critical plank in the effort to eliminate this entirely preventable disease.

This year, that focus on polio eradication has led to young Global Citizens undertaking a staggering 134,000 actions calling on leaders to invest in the fight against polio. And those actions turned into commitments at this year’s Festival, with new funding announcements from Luxembourg, Malta, and Canada, and the Secretary-General of the Commonwealth, Baroness Patricia Scotland, making firm commitments to finish the job. Rihanna, Usher, and Chris Martin joined these leaders in underlining the importance of taking the historical opportunity the world now has to end this childhood disease.

Mr. Trudeau made it clear how the global action of the world’s youth had helped to keep polio on Canada’s agenda.

“Canada has long supported efforts to fight polio, which is now 99.9% eliminated,” Trudeau told the crowd by video link. “And we will be a strong partner through to the end. Thank you for keeping these issues on our global agenda. Keep calling, keep tweeting, keep lighting up our switchboards. We're listening and we're taking action. You've shown to the world that change starts with you. Together, we will end polio for good.”

Learn More: How Malta Is Working with Global Citizen to End Polio

With hard work and a little luck, it is possible the world could stop transmission of polio before the next Global Citizen Festival in the summer of 2017. However, even if it does, the world will need to continue to make the financial and political commitments to ensure polio is gone from every corner of the globe through the three years until the global certification of the eradication of the disease and beyond, to the eventual cessation of polio vaccination globally.

I’m looking forward to the year when the Global Citizen Festival can make an announcement that, like smallpox, polio is gone forever and no child ever again need be vaccinated against this entirely preventable crippling disease.