"I am clearly not an object please don’t treat me like one."

There’s no denying that growing up as a girl has always been tricky. On top of the demands of school, family and friends, there are also myriad expectations about how girls should and shouldn’t be.

Girls today are frequently depicted as depressed, prematurely sexualisedand victims of social media. But our research has found them to be eloquent, critical and supportive, loving friends within their peer groups.

Of course, while growing up can be difficult for all girls, it can be harder for some than others. Research by development and humanitarian organisation Plan International shows there is a stark geographical divide in the experiences of girls growing up in the UK today. Girls living in inner-city areas of the north of England have to overcome the greatest barriers. This is based on the organisation’s mapping of key data indicators, which include life expectancy, reproductive health and educational outcomes.

A more recent report by the Children’s Commissioner also found social and economic inequalities associated with growing up in the north. The findings show the north-east has the best primary schools in the country, yet the region has the lowest adult employment rate.

But importantly, the report also highlighted the fierce pride that young people feel for where they live and being northern. 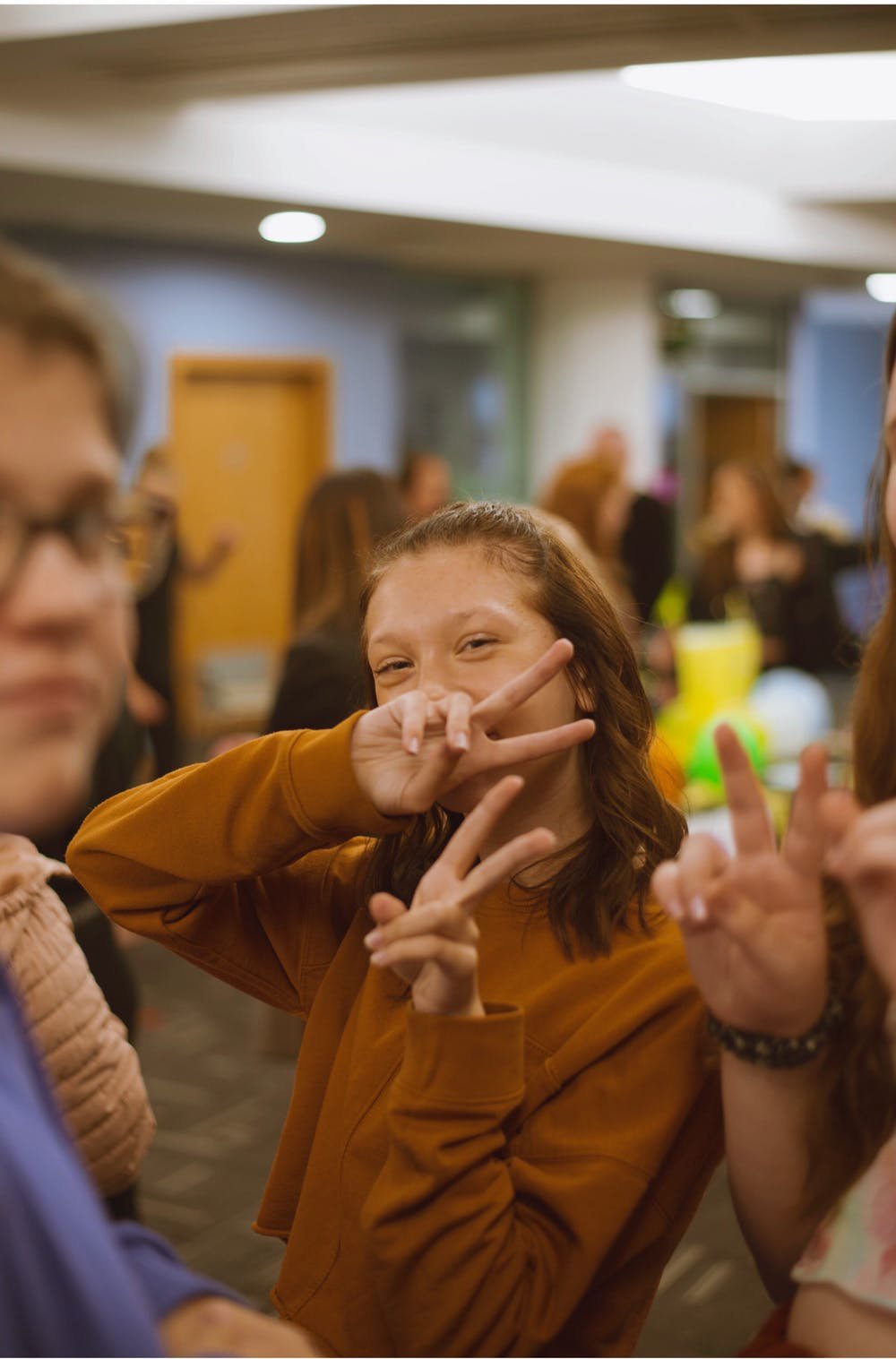 The project allowed girls to share their thoughts and feeling on what it’s like growing up in the world today. Delphi Ross, Author provided

Both of our previous research projects have found girls to be critical and reflective. They think about their lives, how they are represented, and how things could potentially be different. However, a pessimistic and ominous tone still pervades in media representations of teenage girls.

Concern over young women’s lives is a recurrent theme in the media, in public debate and among policymakers, but it is not very often that we hear from girls themselves. So with this in mind, and drawing on our previous research studies, we launched the Girl-Kind North East project.

The project, held annually, involves a series of workshops in schools which start with a simple question: what are the challenges and opportunities of growing up as a girl in the north-east of England? We then work with girls to help them decide what they want people to know, and how they want to represent it. The things they create and make are showcased at a celebration event to mark International Day of the Girl.

Girl-Kind was developed as a response to the current negative representation of girls in mainstream media and more generally the problem centred focus of projects working with girls that assume from the outset what “issues” girls face, without asking them first. As researchers based in the northern city of Newcastle, it made sense to focus on our region.

Conversations with the girls during the workshops also addressed their experiences of living in the north east and their consciousness of how the region is perceived by the rest of the UK. They spoke about the assumptions that are made and the stereotypes that persist in media representations, which contrast with the great pride they have for the north east and what it has to offer.

At the Girl-Kind event, all of the creative projects showcased were the girls’ own ideas – drawn from their own experiences. Girls in white t-shirts were braced against an audience invited to throw paint bombs at them. This symbolised the insults often flung at them, but also their ability to stand strong against them. A series of photographs of lone young women on deserted streets at night, portrayed a reclaiming of these “dangerous” spaces as their own.

The following poem – written by a participant – was read to the gathered audience:

Excerpt from poem by Lucy age 12 from Redcar

Hidden around the venue, a host of brightly coloured envelopes and little glass bottles were found by visitors, addressed “to the stranger who finds this” the messages inside let them know: “you are loved”, “you are beautiful”, and to “be you, you’re amazing”.

These are just a small selection of ways in which these young women chose to represent their thoughts, feelings and experiences. They conveyed the mundane violence of being a girl, but also their ability to articulate these injustices and the language of strength and care with which they respond. 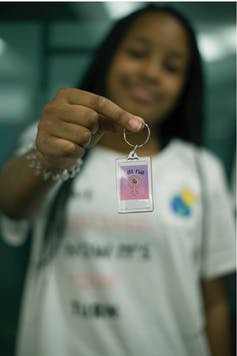 ‘You are loved’: the message the girls wanted to send to the audience. Delphi Ross, Author provided

Fundamentally, Girl-Kind is not about trying to change girls or somehow solve their “problems”, it’s about encouraging them to value themselves for who they are and where they’re from. And supporting them by offering a dedicated platform to share with the public their idiosyncratic, brilliant selves.

We’ve been regularly reminded during the course of the project that each girl is distinctive, whether they are funny, savvy, thoughtful or sensitive. And in this way, our project makes it clear that just because people show up in statistics, this does not define who they are.