She would be “very proud of her legacy.” 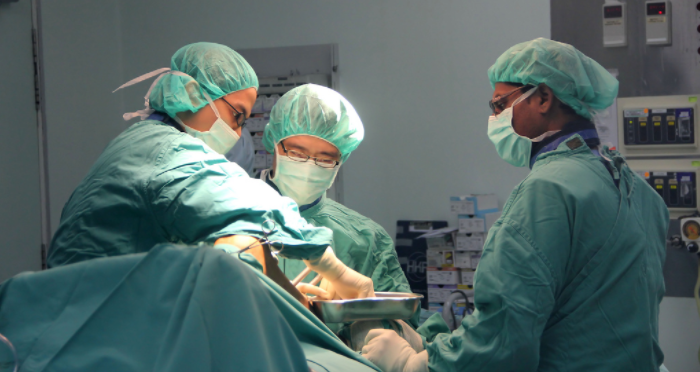 It’s a heartbreaking, impossible decision for any parent to make.

But thanks to the bravery of 13-year-old Jemima Layzell and her family, eight people’s lives have been saved or transformed.

Although she died in 2012, the teenager from Horton, in Somerset, England, has now been revealed by NHS records to have helped more lives than any other organ donor in the health service’s history.

Among the people Jemima saved after her death were five children, all of whom were given a renewed chance of life.

Read more: The Beautiful Moment a British Surgeon Was Reunited with the Syrian Girl Whose Life He Saved

“Everyone wants their child to be special and unique and this among other things makes us very proud,” said Jemima’s mother, Sophy.

“Shortly after Jemima died, we watched a programme about children awaiting heart transplants… It affirmed for us that saying ‘no’ would have been denying eight other people the change for life, especially over Jemima’s heart, which Harvey [Jemima’s father] had felt uncomfortable about donating at the time.”

It was the sudden death of a family friend in a car crash that prompted Jemima’s parents to first talk to Jemima and her younger sister about organ donation.

“Jemima had never heard of organ donation before and found it a little bit unsettling but totally understood the importance of it,” Jemima’s mother added.

She died at Bristol Royal Hospital for Children, four days after her collapse.

Although they found it very difficult to donate their daughter’s organs, Jemima’s parents knew it was the right thing to do, and what their daughter wanted.

Jemima Layzell, you are hero and a legend! #jemimalayzell#organdonation#savealifepic.twitter.com/zzjrsAe4Zo

Read more: Everything You Need to Know About Donating Blood

The NHS Blood and Transplant has now found, after reviewing records, that Jemima is the only organ donor in Britain who has helped so many people on the NHS.

An average donation results in 2.6 transplants, so eight is extremely high.

Read more: Strangers From Israel and Afghanistan Unite to Save Baby’s Life

Jemima’s parents, who said she would have been “very proud of her legacy,” urged parents to discuss organ donation with their children.

“Every parent’s instinct is to say no, as we are programmed to protect our child. It’s only with prior knowledge of Jemima’s agreement that we were able to say yes,” they said.

Global Citizen believes that everyone must be healthy to end poverty, because healthy people are able to live fuller, happier lives. You can take action with us here.

According to NHS Blood and Transplant, too many people in the UK are still dying because families are refusing organ donation.

Last year, 457 people died waiting for a transplant — 14 of those people were children. There are currently 6,414 people on the transplant waiting list, including 176 children.