Celebrating a Year of Success for the Global Food Security Act 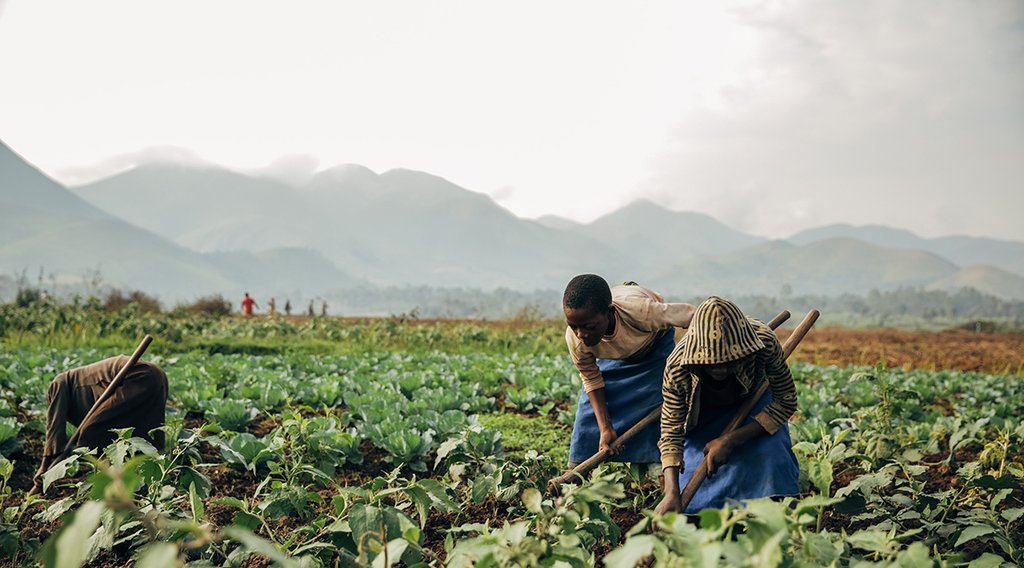 Lawmakers and advocates gathered in a packed room in Washington, D.C., on Wednesday to celebrate the success of the Global Food Security Act (GFSA). Congress passed the bill, which promotes agriculture development and resilience, with bipartisan support a year ago this month.

The 118 attendees expressed continued dedication to food security initiatives like those implemented under the GFSA. Their support is especially necessary in the face of the Trump administration’s proposed budget cuts to foreign assistance.

Take Action:Sign The Petition To Stand For US Foreign Assistance

Republican Senator John Boozman of Arkansas highlighted the importance of furthering the progress the GFSA has achieved thus far, recalling that "the United States has been such a leader in nutrition which is so very important."

In the one year since its passing, immense progress has been made in the fight to end global hunger. GFSA programs like Feed the Future have impacted over 12.5 million children through nutrition programs.

Beth Dunford, Deputy Coordinator for Development for Feed the Future, and Assistant to the Administrator in the U.S. Agency for International Development’s (USAID’s) Bureau for Food Security, spoke at the event. Former Governor of South Carolina and Executive Director of the World Food Programme, David Beasley, and Senator Bob Casey of Pennsylvania offered words of support for the bill as well.

Support of food security efforts is as urgent as ever.

According to the Food and Agriculture Organization of the United Nations, Nigeria, Somalia, South Sudan and Yemen are experiencing one of the worst food crises the world has seen in 70 years. The IRC calls this near-famine the “least reported but most important major issue of our time.”

“No one’s talking about this, and you can help us with that,” Boozman said, “I need to do a much better job and be talking on the floor, but also you can help us in that regard through your networks just getting the message out.”

This wouldn’t be the first time that Global Citizen and other advocacy organizations worked to get the word out about the GFSA.

In 2014, Global Citizen joined partners like CARE, World Vision, ONE, Save the Children, Mercy Corps, Catholic Relief Services, and InterAction to help get the bill passed in congress.

Over 120,000 Global Citizens wrote letters to members of congress asking them to support the bill and made over 34,000 phone calls in June of 2015 alone, asking lawmakers to support the GFSA. They even showed up on Capitol Hill to show their support for the bill and to get the media’s attention.

Read More: Hey, Congress — Here Are 1.7 Million Reasons Not to Cut US Foreign Aid for Health

Simon Moss, co-founder and managing director of campaigns at Global Citizen, reflected on the community that grew in support the GFSA, as well as the thousands of global citizens still dedicated to eradicating hunger.

“What I see every day is tens of hundreds of thousands of everyday Americans saying that they think it is unacceptable for children to die of hunger,” Moss said. “They’re desperate to see and thrilled to see the bipartisan coming together that this act has represented.”

Both Moss and Sen. Boozman see the unifying potential of the GFSA. Boozman hoped to see more policymakers “coming across the aisle and working on key issues that not only we face, but also the world, and because of your efforts we have been able to make a big impact.”