Mayor Andreas Hollstein arrives to a press conference with an injury at his neck at the town hall in Altena, Germany, Tuesday, Nov. 28, 2017. (AP Photo/Martin Meissner)
Citizenship

“Hate doesn't get us anywhere. Getting this message across is important to me.”

“You leave me to go thirsty and bring in refugees,” a man with a high level of alcohol in his blood reportedly told Andreas Hollstein before stabbing him in the neck with a footlong knife at a kebab shop in the eastern German town of Altena on Monday.

Hollstein survived the attack with nothing more than a light wound, thanks in part to the shop owner Demir Abdullah and his son, who wrestled the attacker to the ground, according to reports.

But the attack thrust Altena, where Hollstein is mayor and where refugees have been welcomed with open arms, into the international spotlight. It also shone a light onto the deep political divide plaguing post-election Germany when it comes to migration policy.

Altena, a town of 17,000 people, has admitted more than 400 refugees from Syria, Afghanistan, Iraq, and Eritrea, according to Deutsche Welle (DW), a public journalism outlet in Germany. That’s 100 more than is required by German law — and enough to win the town Germany’s first-ever National Prize for Integration.

The influx in migrants from North Africa and the Middle East has been coupled with a rise in anti-immigrant sentiment, as well as growing political representation for the anti-immigration Alternative for Germany (AfD) party.

Physical attacks against migrants have also increased in the past several years, with 3,500 migrants attacked in the country in 2016, according to the country’s interior ministry.

Global Citizen campaigns on the UN Goals for Sustainable Development, including goal number 10, reduced inequalities, which calls for the “orderly, safe, regular and responsible migration and mobility of people.” You can take action here.

Holding the office of mayor since 1999, Hollstein has been at the forefront of the fight to welcome refugees into the country at a local level.

At a press conference on Tuesday, Hollstein said he would continue to advocate for migrants, despite the attack.

“I will continue to work for people,” he said, “For refugees and for the weaker members of society.”

“Hate doesn't get us anywhere. Getting this message across is important to me,” he added.

Read More: Refugee Women Are Baking to Help Find Their Footing in Germany

In 2015, at the height of Germany’s refugee surge, Hollstein saw an opportunity to remake Altena, once known as the country’s “fastest dwindling town,” in a new image. 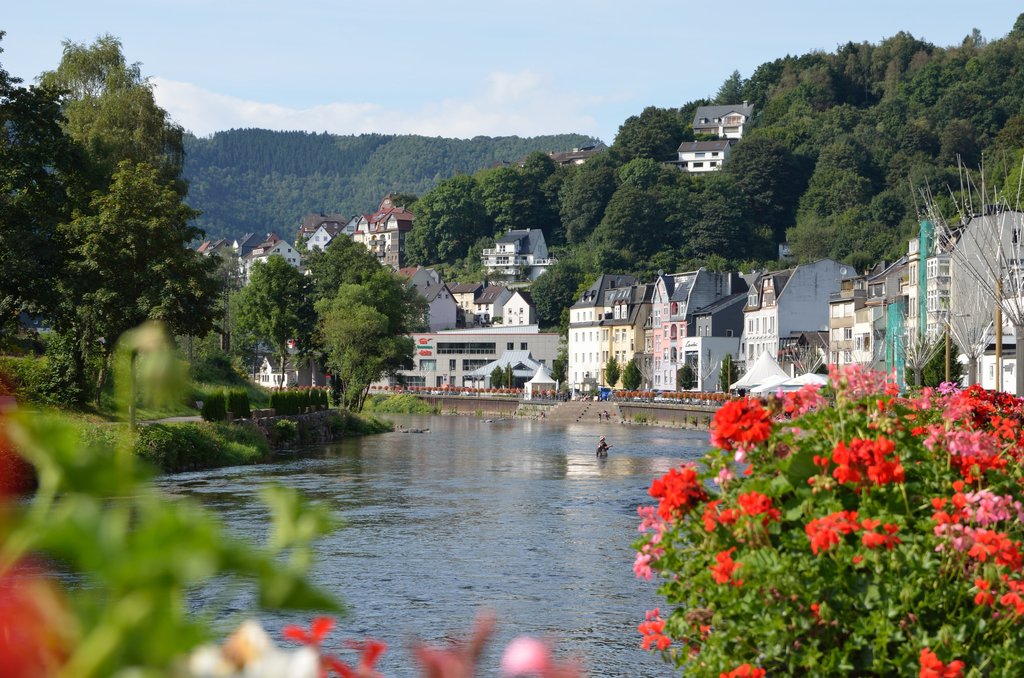 According to DW, he worked with local unions to provide construction jobs for refugees, housed refugee families in apartments (one in 10 of which sat unoccupied at the time), and set up a program that matched refugees to a “local contact person.”

These projects have been met with some resentment from locals — some of whom believe that the city has overlooked its original tenants in favor of foreigners. In Altena’s district, roughly one in 10 voted for the anti-immigrant AfD party, while two in five voted for Angela Merkel’s Christian Democratic Union (CDU).

Other residents who spoke with DW were surprised that the attack had happened in Altena.

"I never would have expected that," an elderly woman told DW. "I think it's absolutely terrible."

The attacker, who has not been named, is being prosecuted for attempted murder, according to Al Jazeera.

TopicsRefugeesGermanyHate CrimesXenophobia
Mayor Andreas Hollstein arrives to a press conference with an injury at his neck at the town hall in Altena, Germany, Tuesday, Nov. 28, 2017. (AP Photo/Martin Meissner)