Gender separate transportation–on the road to gender equality or not?

Yesterday marked the anniversary of the 19th Amendment, which granted women the right to vote in the US. This day is also known as Women’s Equality Day.

The #19thamendment wouldn't have happened without women helping women. Honor #WomensEqualityDay by supporting each other.

It’s a day to celebrate equality for women and reflect on triumphs but also to look at the next steps to ensure equal rights for all women. The fact that women in the US have not had equal voting rights for a century yet reminds me that women face gender inequality around the world every day. From unequal pay to lack of access to education and jobs to unsafe transportation, there is more work to be done before gender equality is achieved.

This #WomensEqualityDay, let’s not forget the 62M+ girls who are not in school. We must help #LetGirlsLearn: http://t.co/BKX2qSzYdy

There is one particular issue I want to talk about today–transportation.

Over 31 million girls are out of school and lack of transportation is a major factor keeping them from school. Girls and women miss out on education and other opportunities every day because there’s no safe mode of transportation. Parents choose to keep girls from getting an education or pursuing a career because sexual harassment, violence, and assault occur during transportation routes.

To combat sexual harassment on transportation some countries have imposed gender separate transportation systems as a solution to provide safe routes for women. In Mexico, certain buses are reserved for women only. In Japan and Indonesia, subway cars are separated by gender. 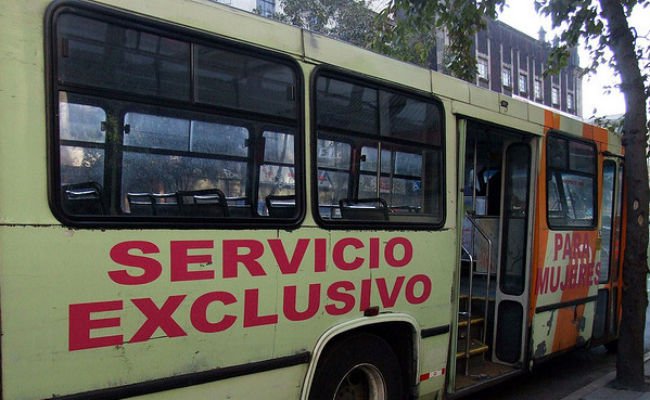 As a woman who uses public transportation in New York City, I can see the appeal of gender separate transportation system. One of the reasons I prefer winter here is because I have a big puffy jacket that acts as a layer of protection against that guy’s sweaty armpit on a crowded subway car.

All jokes aside, it is sickening to hear about the rapes and violence that occurs against women on public transportation, like the gang rape against a woman in New Delhi in 2012. Women need to be able to get from point A to B safely. 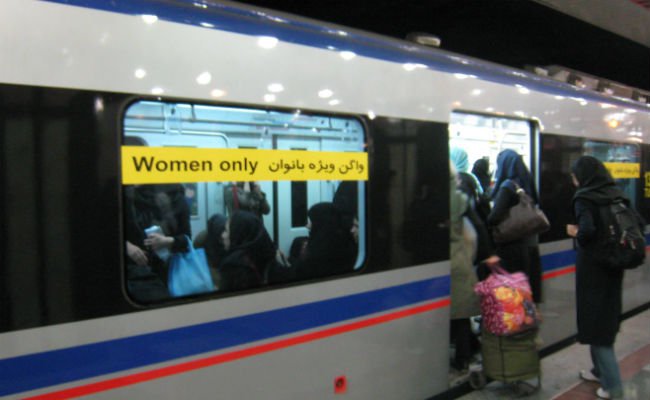 But is gender separate transportation the answer?

No. Gender separate buses are not the answer. This is a short term response to a problem that needs a long term solution. According to a study in Peru by the UN more women felt unsafe waiting for buses and transportation than riding them. In my own experience I pass by just as many harassing commenters walking to work in the morning than on the subway.

Separating men and women might protect women for a few hours of the day and prevent violence but it’s not going to be the final solution or equalize genders. Gender inequality is an issue rooted deep in society and it needs a solution that does more than separate women and men.

My idea of gender equality (Global Goal #5) is a world where women do not have to ride separate buses because they fear verbal harassment, rape, violence, and other atrocities that happen to women during daily commutes.

So how do we get there?

Gender inequality needs to be addressed and solved in a way that will change society so every person accepts every other person as equal. Education and perspective changes are needed to make a long lasting difference.

Programs that educate community members (especially men) can work to create a world where women are equal. Investing in programs that “engender men” can make a big difference in creating social change that promotes gender equality. Care runs a program platform that promotes responsible fatherhood, and leads discussions on sexual diversity, gender socialization and masculinity and power and violence. If these topics were discussed in every school and every child had access to education, gender equality would be accessible.

Including men is going to be part of the answer. Investing in women is another. In New Delhi, India the first female bus driver was hired in an effort to make women feel safer on buses. Promoting strong jobs for women and equal pay will “drive” gender equality forward. Supporting women in positions of leadership can help break stereotypes about masculinity.

It’s a complex issue and discussion and creativity are needed to achieve gender equality. Equal pay, investing in girls’ education, access to equal employment and equal value in society can build equality for women. I believe the world will see gender equality in my lifetime, but I don’t think separate buses will be how we get there.

TAKE ACTION NOW and send a tweet to encourage world leaders to come together and prioritize gender equality.