Plus inspirational quotes from the late Supreme Court Justice.

Why Global Citizens Should Care
The United Nations’ Global Goal 5 aims to achieve gender equality and empower all women and girls to end poverty. The justice system is key to upholding laws and policies that protect women’s rights. You can join us and take action on this issue here.

The world just lost a lifelong advocate for LGBTQ+ rights, women’s rights, and equality for all.

Ginsburg dedicated her career to ensuring that marginalized groups received justice and was known for tactfully dissenting in court.

"Fight for the things that you care about, but do it in a way that will lead others to join you,” she said.

Ginsburg’s own experiences with sexism inspired her work as a lawyer. She was one of nine women at Harvard Law School in 1956 and struggled to find a job once she graduated. Then during her time as a professor at Rutgers Law School in 1963, she learned that she was being paid less than her male colleagues.

Ginsburg ended up joining an equal pay campaign at Rutgers which eventually led to a salary increase for herself and other female staff.

"We are at last beginning to relegate to the history books the idea of the token woman," Ginsburg said. 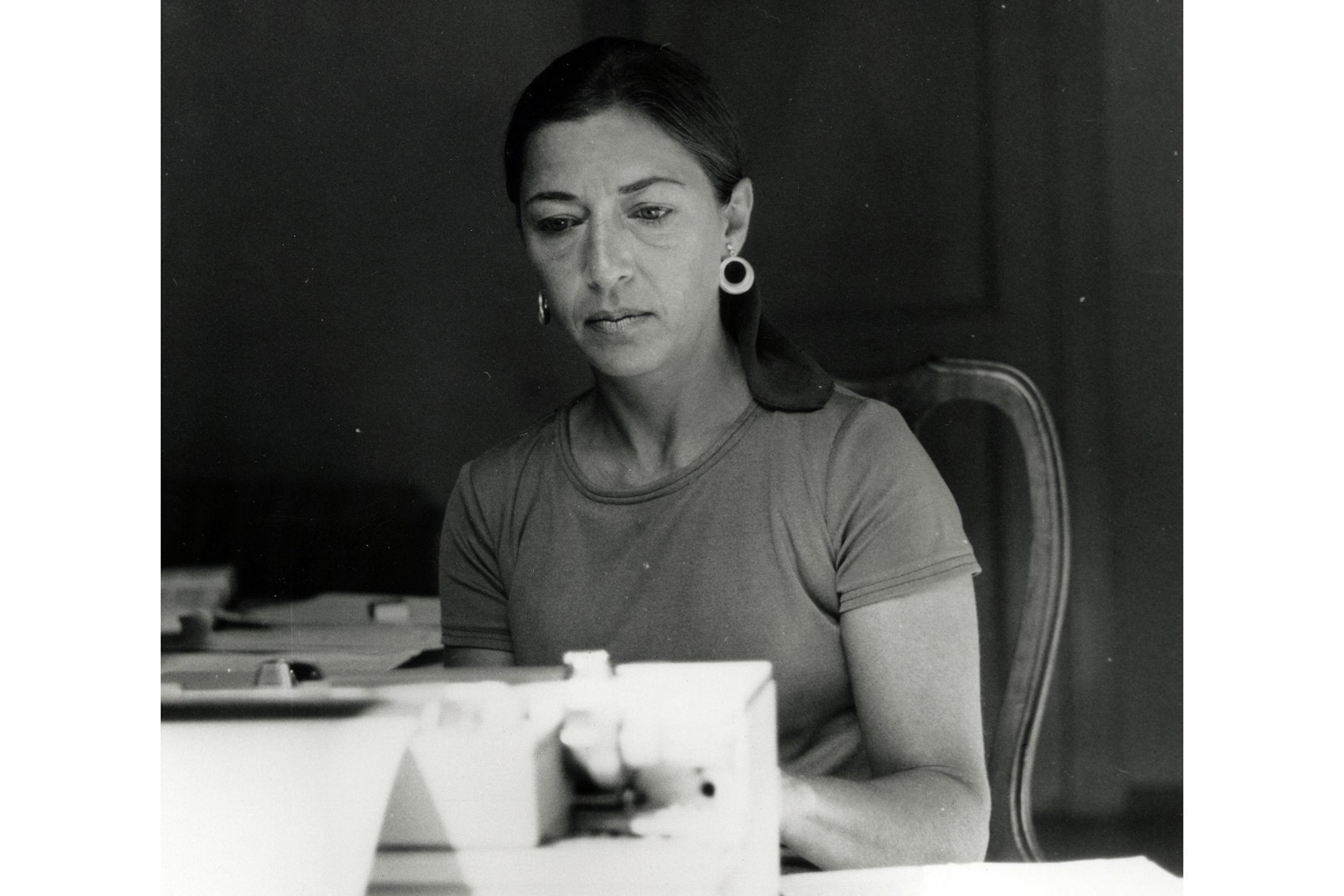 This image provided by the Supreme Court shows Ruth Bader Ginsburg types while on a Rockefeller Foundation fellowship in Italy in 1977.
Image: Supreme Court of the United States/AP

She went on to volunteer at the American Civil Liberties Union (ACLU) in the 1970s, where she became director of the Women’s Rights Project. Ginsburg won five landmark cases on gender equality in the US Supreme Court, based on the protections of the Equal Protection Clause of the 14th Amendment.

President Bill Clinton later appointed Ginsburg to the Supreme Court in 1993, making her the second female justice to serve.

Here’s a list of five laws Ginsburg helped pass to achieve gender equality in the US.

1. Employers cannot discriminate against employees based on gender or reproductive choices.

ACLU Women’s Rights Project attorney Susan Deller Ross and Ginsburg pushed to have pregnancy discrimination recognized as a form of sex discrimination, according to the ACLU. The pair is credited for helping pass the Pregnancy Discrimination Act, an amendment to Title VII in 1978 which acknowledges pregnancy discrimination as unlawful. Women are now more protected against getting fired, or not considered for a job because they are pregnant or have plans to get pregnant. 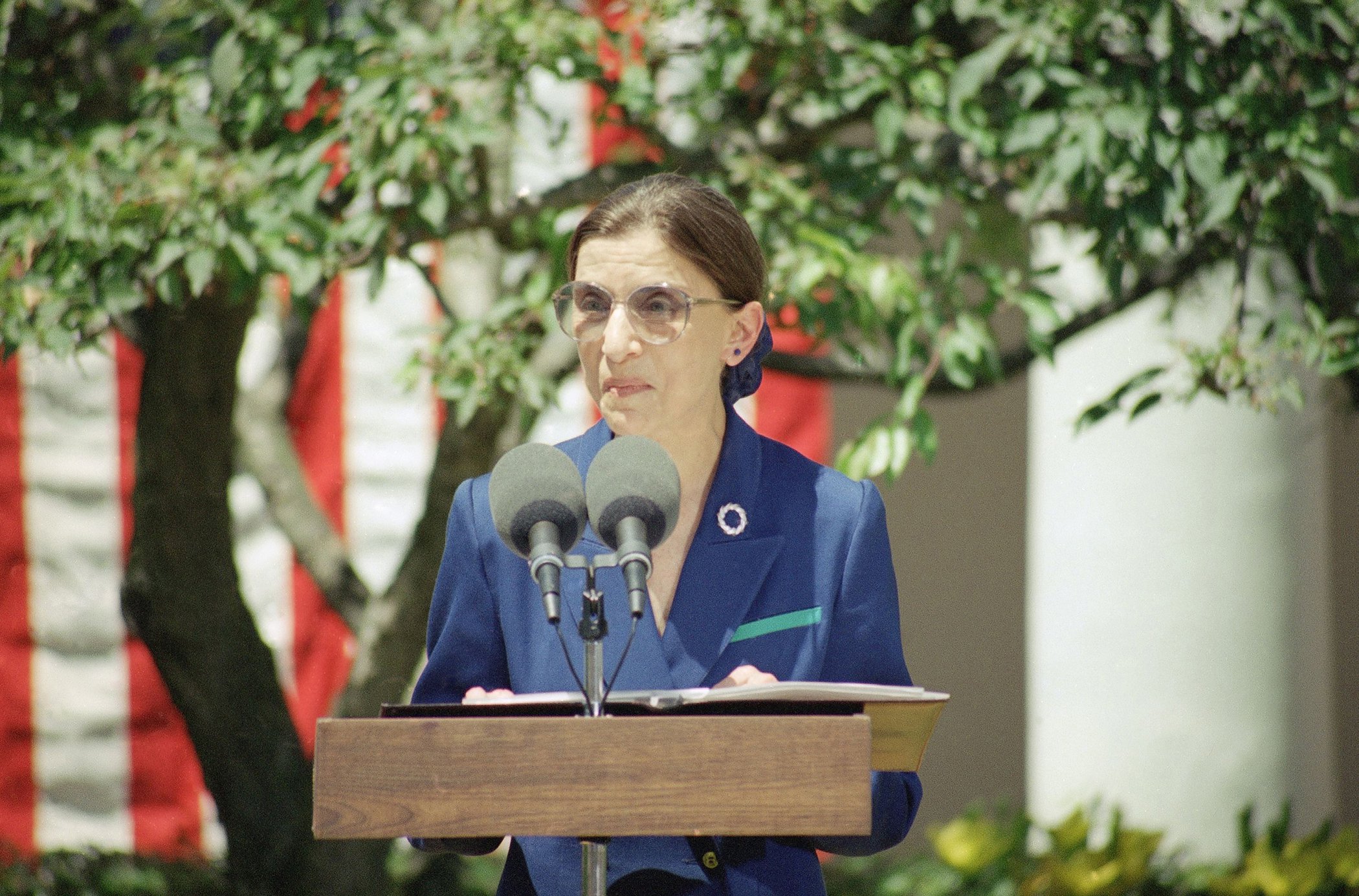 Judge Ruth Bader Ginsburg addresses reporters in the Rose Garden of the White House on June 14, 1993 in Washington after President Bill Clinton said he would nominate the judge for the Supreme Court.
Image: J. Scott Applewhite/AP

Throughout the 1970s, the Women’s Rights Project also fought against forced sterilizations. The procedures disproportionately impacted poor women in the South who had been told sterilization was a requirement to keep their jobs, according to the ACLU. The group advocated for federal sterilization regulations and consent requirements.

"The decision whether or not to bear a child is central to a woman's life, to her well-being and dignity,” Ginsburg said during her 1993 Senate confirmation. “It is a decision she must make for herself. When the government controls that decision for her, she is being treated as less than a full adult human responsible for her own choices."

In 1996, Ginsburg led the ruling decision in the United States v. Virginia case. Until then, women had been prohibited from attending the Virginia Military Institute. Ginsburg argued that rather than create a separate women’s program, they should be allowed to join the same program as men. 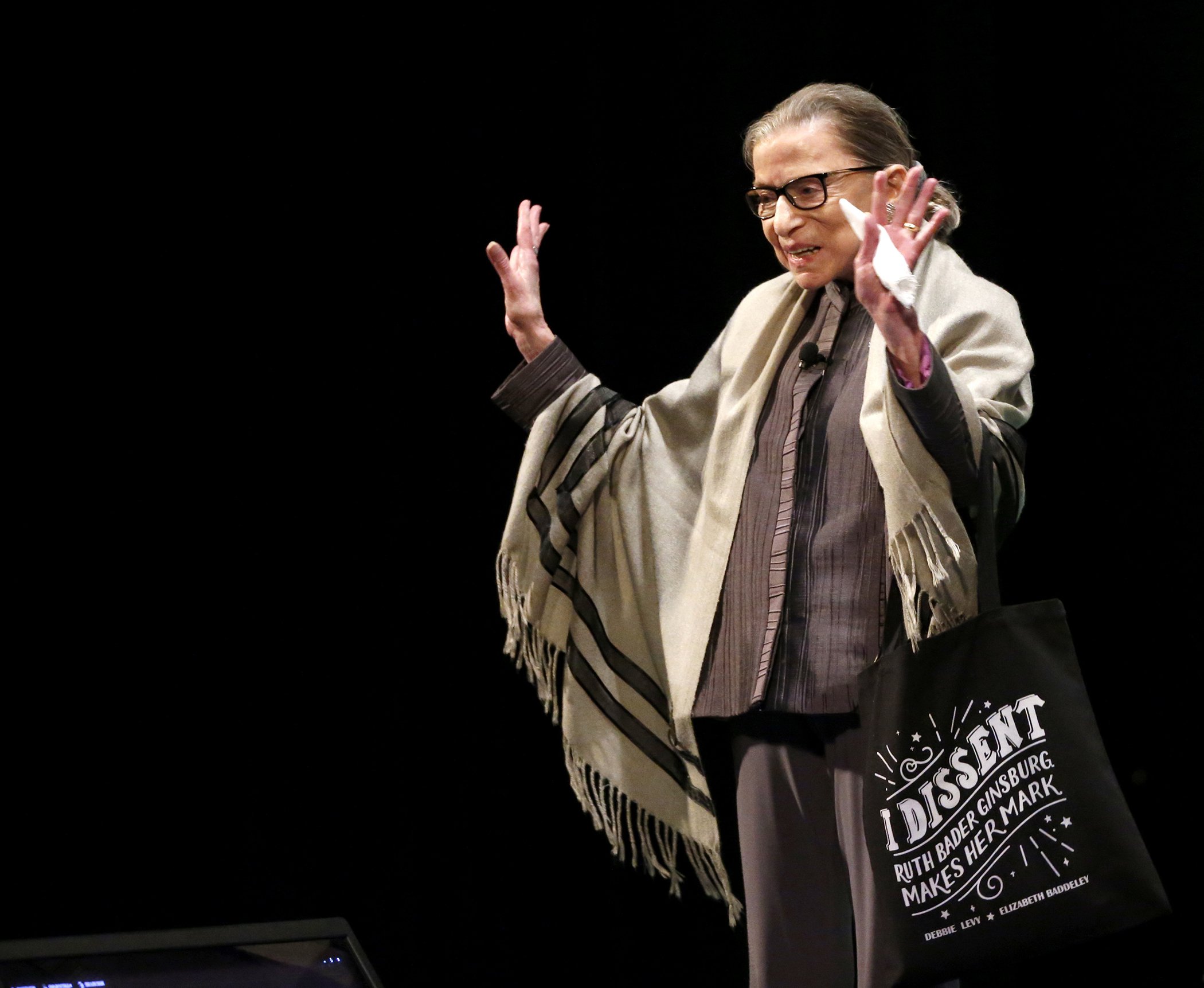 “A gender line … helps to keep women not on a pedestal, but in a cage,” she said.

3. Women have the right to financial independence and equal benefits.

Ginsburg’s work paved the way for the Equal Credit Opportunity Act, which passed in1974 and allowed women to apply for bank accounts, credit cards, and mortgages without a male co-signer. She also helped ensure that women could receive the same military housing allowances as men, and women are no longer required to pay more for pension plans than men to receive the same benefits, according to the ACLU.

“Feminism [is the] notion that we should each be free to develop our own talents and not be held back by man made barriers,” Ginsburg said in her 2016 book “My Own Words.” 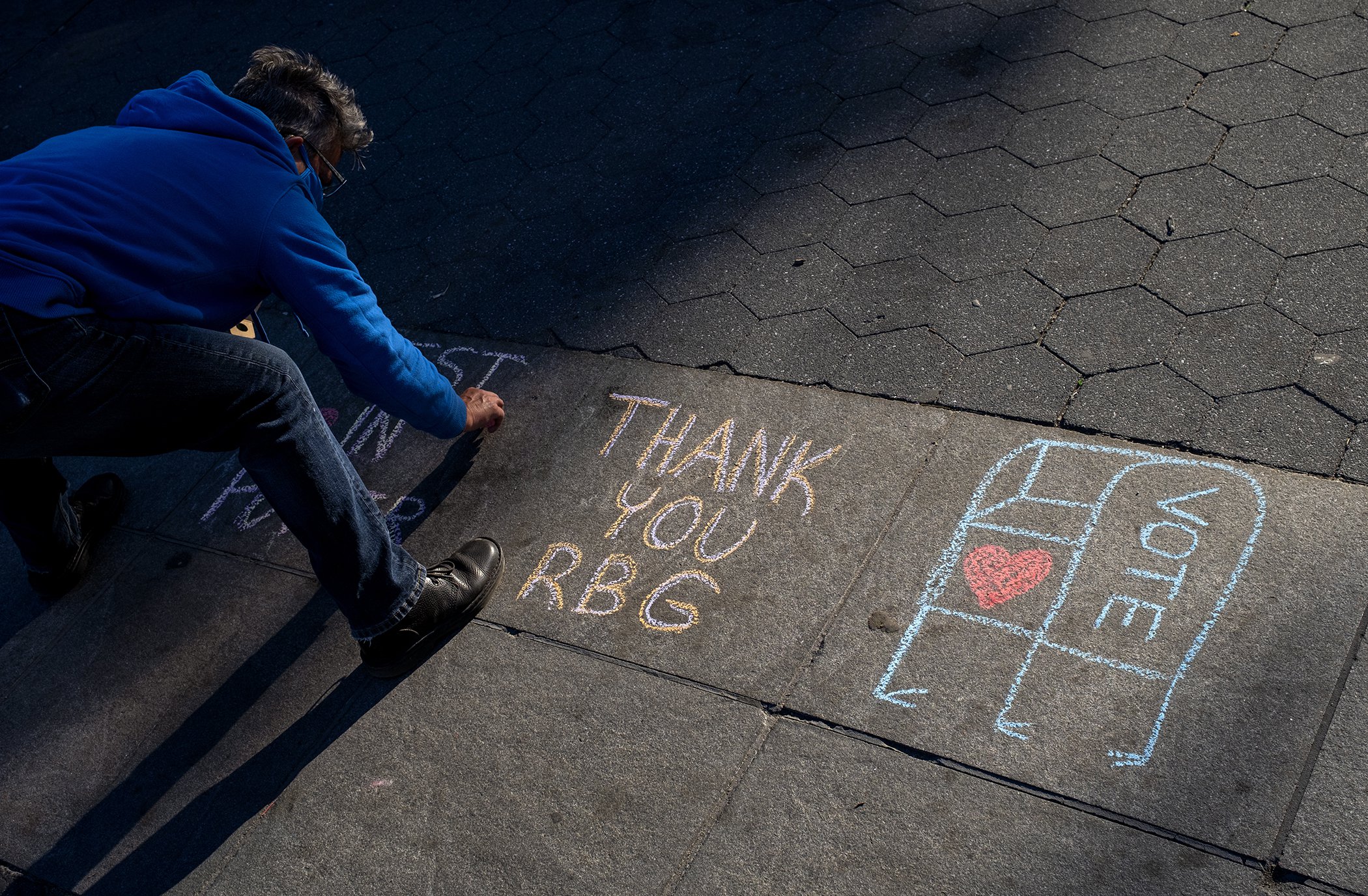 4. Men are entitled to the same caregiving and Social Security rights as women.

Throughout her career, Ginsburg stressed how gender equality benefits both men and women.

In 1968, Ginsburg represented Charles Moritz, a man who had never been married and claimed a tax deduction for caring for his mother, according to Smithsonian Magazine. The Internal Revenue Service (IRS) denied his deduction because he was a man and unmarried. The US Court of Appeals for the Tenth Circuit ruled that the IRS had violated the Equal Protection Clause of the US Constitution and in 1971 Section 214 of the IRS Code was amended to allow individuals to claim caregiving deductions, regardless of sex.

In the 1970s, Ginsburg later won two cases representing men who were not granted survivor benefits under Social Security because they were men. The case set the standards for how sex-based lawes are evaluated under the constitution.

5. Juries must include women.

Up until 1979, jury duty was considered optional for women in the US. Several states argued that women should be exempt from participating due to family and household obligations. Ginsburg fought to require women to serve on juries on the basis that their civic duty should be valued the same as men’s.

"Women belong in all places where decisions are being made,” Ginsburg told USA Today in 2009. “It shouldn't be that women are the exception.”