The Ebola outbreak has hit Sierra Leone and several other countries including Guinea and Liberia very hard. Over 11,000 people in West Africa lost their lives from the deadly virus.

Liberia was declared Ebola free in May—then last week 3 cases were confirmed by the World Health Organization. While three cases may not seem like many, it is concerning because it reflects the difficulty and uncertainty of eradicating Ebola. This is still an ongoing battle. And Sierra Leone is one country fighting to get rid of Ebola.

After a promising vaccine was not shown to help treat Ebola, Sierra Leone imposed a curfew for twenty one days to stop spread of the disease. However, according to doctors and government officials, citizens in Sierra Leone have not been entirely following the curfew or other restrictions that have been put in place. Oxfam’s country director in Sierra Leone Thynn Thynn Hlaing says that the only way policies will work is if residents are involved in creating them.

I agree, local involvement and agreement is necessary. If residents do not agree with or understand why curfews, or other restrictions are put in place, they will be ignored.

Some “other restrictions” that have not been followed are bans on “risky burials,” or burying bodies of victims from the Ebola virus in practices traditional to Sierra Leoneans. It is not necessarily the enforcement of these policies that’s failing but the lack of education. Citizens are not fully aware of how the virus is transmitted nor why traditional burial methods cannot be used with Ebola victims. Burying a loved one is extremely painful and difficult, but taking the proper precautions when it comes to deaths from Ebola is necessary for countries like Sierra Leone to eradicate Ebola. 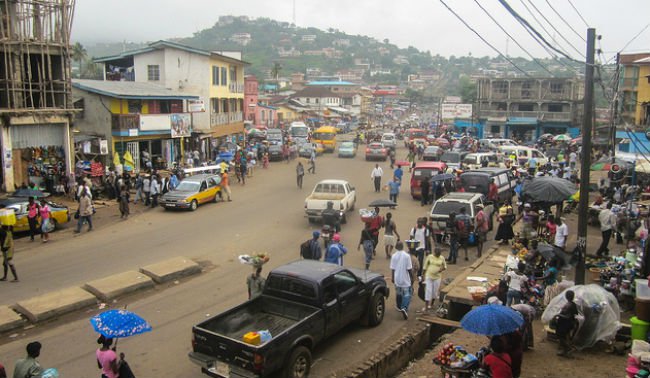 30 cases of Ebola were confirmed by the World Health Organization in Sierra Leone, Guinea and Liberia in the week of July 5. These are the highest reports of Ebola in West Africa that the World Health Organization has reported since mid-May. While this does seem scary, there is hope. Researchers and doctors at WHO are better understanding previously unknown causes of the virus. Research has also been able to better map and trace movement of the virus which will help in knowing where and how to target efforts to eliminate Ebola.

Eliminating any disease is a challenge. Polio is 99 percent eliminated but that 1 percent still means that 200,000 new cases are occurring each year. Financing eradication of Ebola and other viruses like polio is essential. When countries are so close to eliminating a virus those last steps can be the hardest. But they are also the most important.

Creating a healthy world free of these diseases is possible if communities get educated, medical resources are provided and precautions are taken. I believe Sierra Leone, Liberia, and Guinea can see an end to Ebola soon, but it means keeping everyone aware that the Ebola virus disease is still a major concern, and that health systems must be built to fully eradicate this—and other—epidemics.

You can TAKE ACTION NOW by calling on world leaders to improve health systems in the fight against Ebola.