Iglou: A Creative Solution For Sheltering the Homeless In Paris

“The mission is to shelter every person who cannot benefit from the official homeless program.”

Sometimes you need to leave home to better understand the problems in your own community.

That’s what happened to Geoffroy de Reynal when he left his native France to spend time abroad building wind turbines in the small country of Montenegro — and it ended up changing his life and the lives of dozens of others.

Upon his return to France in January of 2017, Reynal, 26, saw something he hadn’t before.

“I noticed how many people were sleeping rough in the cold in Paris streets,” Reynal told Global Citizen. “The contrast with Montenegro was striking, even if France is a more advanced country economically.”

Reynal decided to spring into action. An engineer, with experience in construction, he began to look for a solution to rising homelessness in France, and he found it in an age-old structure: the igloo.

Working on his own porch in Bordeaux, Reynal began to cobble together the prototype of what later became the “Iglou.” In April of 2017, just three months after he had returned home, he tested out the first model in a cold chamber on a friend’s farm. 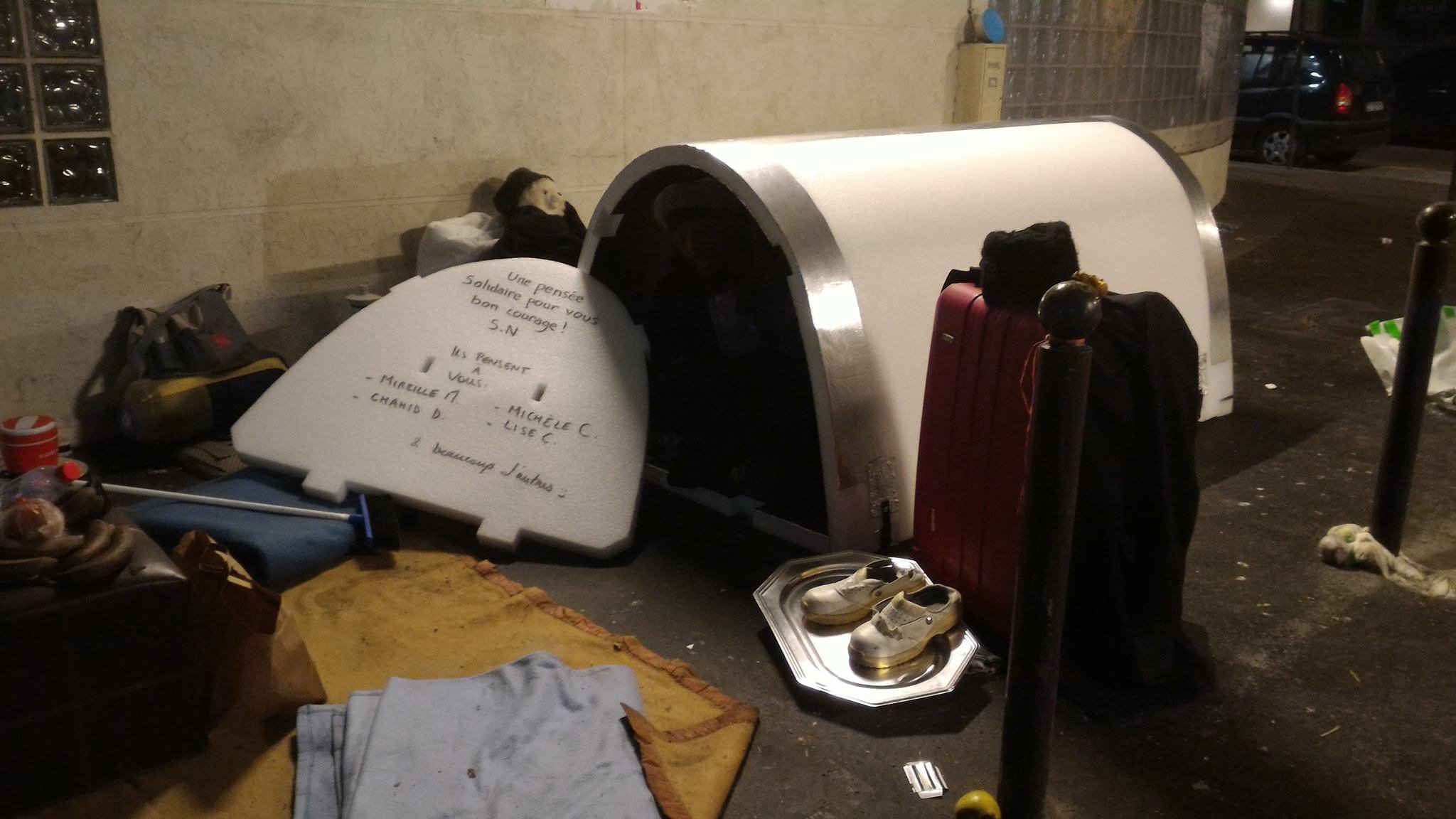 Made out of polyethylene foam and aluminum foil, the “Iglou” is waterproof and insulated against the cold. It’s small — 6.5 feet long by 4 feet wide — but for the estimated 3,000 homeless people sleeping on the streets in Paris each night, it’s a good start.

“The mission is to shelter every person who cannot benefit from the official homeless program,” Reynal said.

So far, Reynal has constructed and installed 20 “iglous” in Paris and Bordeaux, but he plans to create more because of the great need for housing for the homeless. 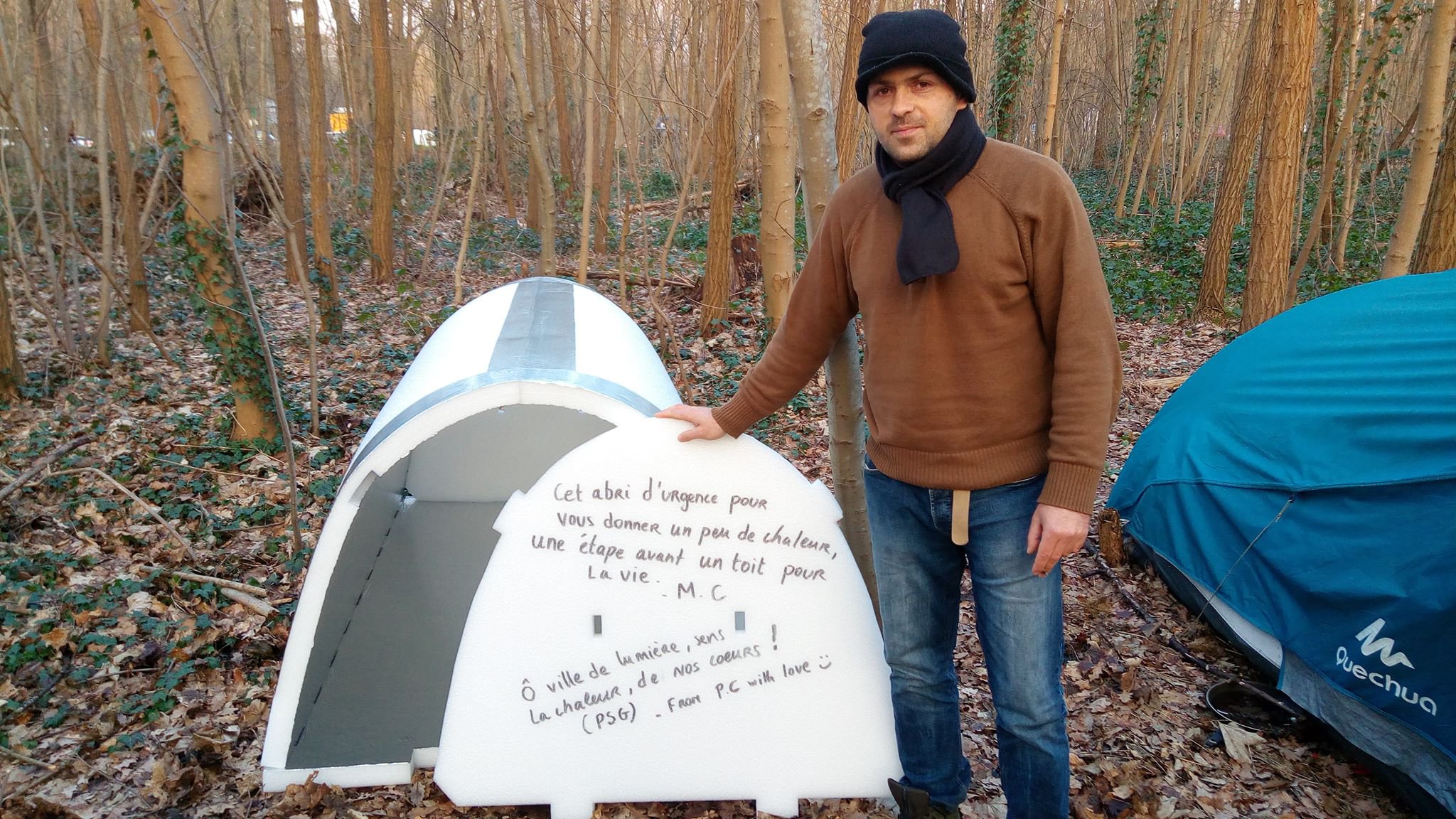 Although France has legally ensured the “right of housing” since 2007, “in most cities, the official homeless help program is saturated, even in winter time,” Reynal said. “Every one of us have seen people unsheltered sleeping straight under the snow.”

According to one report, homelessness nearly doubled in the past decade. In some Parisian neighborhoods, attempts to build more housing for homeless people have been met with pushback from local communities.

Global Citizen campaigns on the Global Goals for Sustainable Development, including goal number 11: sustainable cities and communities. You can join us and take action here.

Read More: This Strategy for Ending Homelessness Is Catching On Around the World

Reynal’s project, he said, has garnered positive reactions from both homeless and non-homeless populations: Not only did it provide homeless people with shelter, but it also gave them a sense of security and dignity. 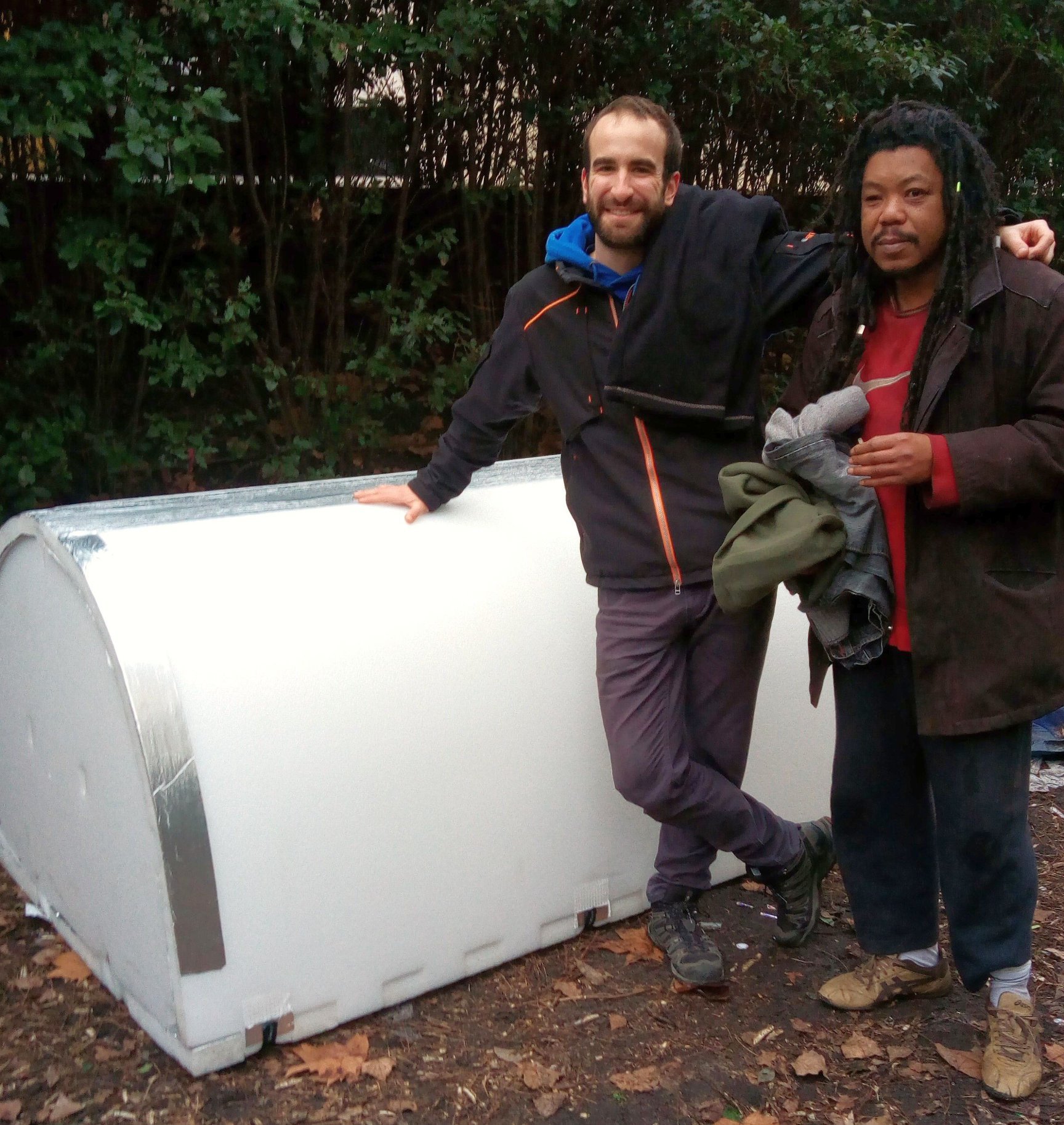 Others have taken a liking to the idea, as well. People from around the world pitched in to a Crowdfunding effort — raising more than $20,000 to build more Iglous, Reynal said.

“Every night a person sleeps outside in the cold affects the whole society,” Reynal said. “Providing Iglous to this person won't make it perfect, but at least it's a first step, a first help we have been able to provide. It's helps the society as a whole.”